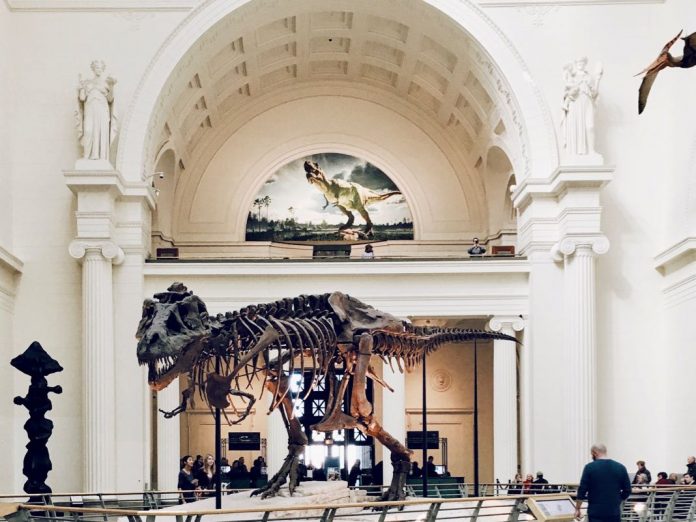 Monsters from Greek Mythology, such as the Sphinx, Hydra and Gorgons sound so far fetched that most people believe that they were made up by imaginative Greeks.

Well take is a look at these 19 scary creatures and see if your mind changes.

Hopefully you’ll start to realise that the Greek Gods and Goddesses are capable of conjuring up anything. No good perfect loving creator god would be able to dream up these type of creatures. What for?

Keep in mind, during ancient times most of the creatures shown here would’ve been a myth to many people living back then. There was no television back then, remember that. They may have heard some stories about some of these creatures, but who in their right mind would have believed it?

Imagine hearing a story like this. Giant lizards live on a mysterious island far away. Beware and stay away from them. One bite can be fatal.

Here’s another one. Don’t swim in unknown waters or this green scaly creature with a huge long mouth full of sharp teeth could come out of nowhere and kill you. Sometimes you can see it swimming around on the surface of the water or floating on the surface of the water but the monster can also swim underwater so you’ll never be sure if it’s there. The other thing to be aware of is that it can drag you into the water, even while you’re on dry land.

This probably would have sounded pretty far-fetched even when the Sphinx was around.

On the flip-side, the Sphinx in the modern world sounds like it could only be the stuff of fantasy. That’s probably why they had to preserve the memory of the Sphinx in art. It’s a reminder to future generations of the terror faced back in ancient times.

Science tells us that dinosaurs existed a long time ago, so what’s to say a Sphinx didn’t exist?

In today’s world we have some of the feared creatures shown below. A giant version of a monster or a hybrid creature doesn’t sound so implausible after looking at a few of these incredibly scary things.

The longest one ever measured was 5.85 m (19.2 ft) long. The Greek Gods have obviously decided to leave this giant snake on earth as a reminder to never forget. The Hydra doesn’t look so implausible after looking at this snake.

It can reach 4.5 m in length and is widely considered the world’s deadliest snake. Before antivenin became available its bite was 100% fatal in about 20 minutes. Contrary to what you may think, they’re not really black in colour. The colour of their body is brown, grey or olive and the reason they get their name as Black mamba is because the inside of their mouth is blue-black in colour. 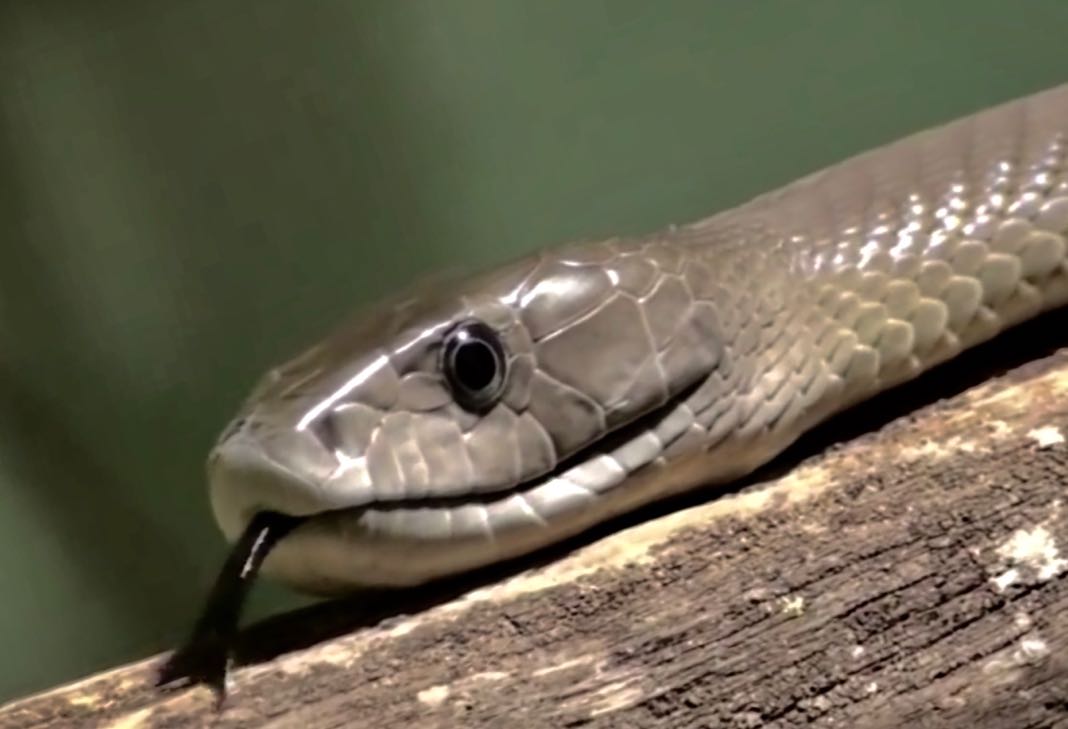 This snake is the fastest land snake in the world and can cover 12.5 miles an hour. It is Africa’s longest venomous snake. The Black mambas have been known to cause an unbelievable 20,000 deaths a year.

It can grow to a maximum length of 3 m and is the world’s largest lizard. They’re also excellent swimmers and can travel between different Indonesian islands when they’re extra hungry. Don’t mess with them.

Favoured locations: Oceans around the world. Every continent in the world except Antartica.

The world’s largest predatory fish. Watch the movie ‘Jaws’ to get an idea of how much these monsters are feared. Most of the Great White sharks live off the coast of Dyer island in South Africa. This is known as Shark Alley. They can live to around 70 years old. This shark is responsible for more attacks on humans than any other shark.

Favoured locations: Oceans around the world.

The tiger shark has the second highest number of attacks recorded against humans. The shark loves warm water and can be found in many tropical and temperate waters, such as the central Pacific islands.

They get their name because of the darkish vertical stripes found on juveniles.

Favoured locations: The Eastern Pacific ocean off the coast of South America and North America.

Reaching a mantle size of 1.5 m, these creatures have a reputation for being aggressive towards humans. They mysteriously flash red and white when hunting.

Watch out because these monsters can be found in the most unlikely of places. There are many instances of nightmare attacks. 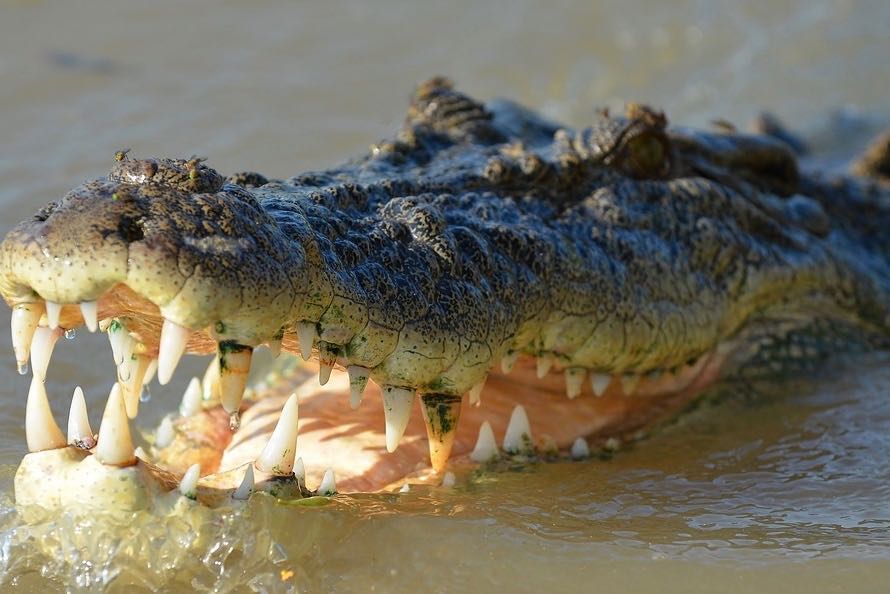 Hippos can’t swim or float. They love hanging out in rivers, lakes and swamps, and can hold their breath for seven minutes underwater. They come out of the water for around five hours a night to graze. The hippo can turn very aggressive especially if you’re standing between it and water. The hippo is the third largest land mammal after the elephant and white rhino. It is often referred to as the most dangerous animal in the world with the number of estimated deaths associated to the beast in the hundreds every year.

These small blood suckers are the biggest pest of all time. Mosquitos are often found in paradises around the world to ruin some of your time there. The Greek Gods and Goddesses obviously have some sort of agenda.

Also known as the Armed or Banana spider.

The scary thing about these spiders is that they’re found in urban areas and bushland.

Known as the scorpion with the most deadly venom. It contains various powerful neurotoxins. Terrible symptoms include excruciating pain, seizures, loss of consciousness, and hypertension. You need to get medical attention within seven hours if you hope to live, the sooner the better.

Favoured location: Thoughout Southeast Asia, from India to the Phillipines.

A few crazy people even keep them as pets. Check out the gigantic “Medusa” in this collection of 5 big scary snakes. That’s a great name for a snake to have, obviously taken from the woman with snake like hair from Greek Mythology.

The name says it all. Also known as the Bluebottle.

Thank the Greek Gods that these creatures are relatively small these days.

If they can create a small one, there were probably large ones around in ancient times.

The stonefish is the most poisonous fish in the sea.

Don’t step on one.

These poisonous fish don’t look so bad from this video.

Fugu, also known as pufferfish or blowfish, has somehow become a Japanese delicacy. I’m not sure I’d like to taste it. I wonder who thought up this weird creature? It’s like someone with a big head (ego) got turned into one by a Greek God or Goddess.

The scary thing is they wait for their meal to be incapacitated. Then they eat. These birds are so ugly that you just have to think a Greek Goddess created it.

What do you think about the Sphinx now?