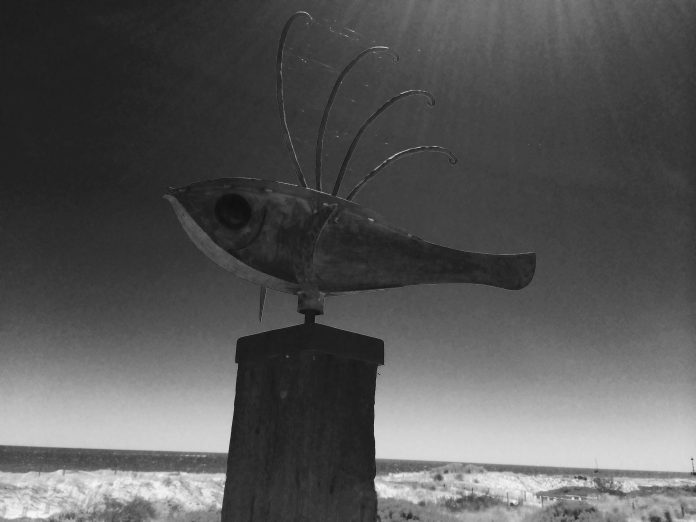 Astronomer and physicist Galileo Galilei was born in the Italian town of Pisa, where the famous leaning tower of Pisa is situated.

The initials G.G. may indicate divine alignment with the Greek Gods.

The name Galileo also has name similarity to Gaia. They both start with ‘Ga’ as does his last name. Coincidence? Probably not.

The nature of the world exposed

The Greek philosopher Aristotle, in 4th century BCE, believed the stationary earth was at the centre of the universe.

Ptolemy (100-168 CE) from Alexandria, Egypt, considered the Earth to be at the centre of the universe.

Bible believers thought the earth was flat at one stage. They believed the earth to be at the centre of the universe at the very least. Aristotle’s view eventually became Catholic dogma.

Polish astronomer Nicolas Copernicus (1473-1543 CE) challenged this view. He believed that the sun was at the centre of the universe in a stationary position, and that the planets revolved around the sun in a circular motion, with each planet orbiting a certain distance away from the sun. The moon revolved around the earth. The stars were the furthest away from the sun in a fixed position. His theory obviously had a few flaws.

Italian astronomer Galileo Galilei (1564-1642 CE) finally provided strong observational evidence with the newly invented telescope that the earth and planets travelled around the sun. He showed that Venus could be on the opposite side of the sun from earth by observing the dark-side and day-lit side of Venus.

Some Ancient Greeks had even weirder ideas.

Rhea became the wife of Cronus. Cronus had been warned by an oracle that he would be overthrown by one of his children, so to stop this from happening he devoured every child straight after birth. When Rhea fell pregnant with her youngest child Zeus, she had to find a way to protect Zeus from suffering the same fate as her other older children. Hades, Poseidon and the other Olympians had already been devoured by Cronus. She sought out advice from her parents, Gaia and Uranus, on how to save her youngest child Zeus. They revealed the secrets of the Fates to her.

This involved hiding Zeus deep inside a cave after birth on the island of Crete where he could grow up safely. The Cave of Zeus located on the slopes of Mount Ida, on the island of Crete, can be visited today. Rhea then deceived Cronus by wrapping a stone in his place and making Cronus think it was Zeus. It did the trick. Zeus escaped the same fate as his brothers and sisters, which enabled him to eventually free them all. Who knows how things would have turned out without this deception.

Galileo went against the established beliefs of the church so he was hauled up before the Inquisition. The church authorities wanted to combat heresy to keep their power over the people. The Inquisition happened when Galileo was around. Coincidence? Probably not.

The church hierarchy couldn’t take any chance that Galileo was right, otherwise they’d all look like fools. Galileo was placed under house arrest and forced to recant his beliefs, similar to what happens now in certain parts of the world. People are forced to accept other people’s beliefs all over the world. Believe this, accept me as your leader, dress this way, kiss my ass.

The 12 signs of the Zodiac are actually reminders of Greek mythology.

Zeus spotted beautiful Europa next to the water’s edge and appeared to her in the form of a white bull. Europa approached the majestic white bull and felt comfortable enough to climb on its back after the bull had knelt down. Once she was on his back, Zeus abducted her and swam to Crete where she became his mistress. Their third son, Minos became the king of Crete.

This constellation is identified as a ram with a golden fleece. Remember when Jason and the Argonauts went on the quest for the golden fleece?

Orion was a tall and handsome man who loved hunting with his favourite dog in the forests and hills of ancient Greece. His demise came about after boasting that he was the best hunter. Another claim he possibly made was that he was mighty enough to rid the world of all undesirable creatures. Or it could have been another boast. Either way, one of these boasts caught the attention of Gaia. Apollo wasn’t happy about his boast either. As punishment Gaia sent a giant scorpion to hunt and sting Orion. You can guess what happened. Bye-bye Orion.

Gaia placed the scorpion in the sky straight after to mark her victory. Artemis had a crush on Orion, which is why she genuinely mourned his death when she learned about it. A boast like that could easily have angered her as well, but she let it slide. Instead the Greek hunting Goddess made a constellation for Orion, while also giving his favourite dog Sirius a bright star as well.

The two constellations of Orion and Scorpio can never be seen at the same time, because Orion sets when Scorpio rises. They were placed at opposite ends of the sky, 180 degrees apart, so they wouldn’t keep fighting in the heavens. Or maybe Orion is always kept safe in heaven even if a scorpion is eternally chasing him.

Virgo was associated with Demeter and her daughter Persephone. The myth helped explain the change of seasons. Virgo is the only female figure in the Zodiac. She is usually depicted holding an ear of wheat.

The very first labor of Heracles involved finding and killing the Nemean Lion. The ferocious lion roamed the Peloponnese causing havoc wherever it went, which understandably terrified the villagers.

Heracles tried using arrows to kill it but they just bounced off its skin causing no harm whatsoever. His sword ended up getting bent and his wooden club broke. Weapons were useless against the lion so Heracles courageously wrestled with the beast until he finally choked it to death.

Heracles then skinned the lion with its own claws, the only thing that would cut it, and used its pelt as protective armour. The lion’s head served as a helmet.

Zeus ended up putting the famous lion in the sky after its death to commemorate the great battle.

Heracles had to kill the Lernaean Hydra for his second labour.

Hera (wife of Zeus) was Heracles worst enemy. To limit his chances she sent a giant crab to distract Heracles while he was battling against the Hydra, a vicious water snake with five, six heads or more. The crab clamped onto Heracles foot causing the hero enormous pain, however the hero stamped on the crab furiously and crushed it to death.

Because the crab had tried its best to hamper Heracles, Hera honoured the crab by placing its image among the stars.

The symbol of Dike, daughter of Zeus and Themis. She’s the Goddess of Justice.

The twins Castor and Pollux (known as Polydeuces to the Greeks) were both after Leda was seduced by Zeus in the form of a swan. Both of them eventually became Argonauts who sailed away with Jason in search of the Golden Fleece. Castor was killed during this time which made Pollux so upset that Zeus ended up placing both of them side by side in the heavens.

Pan leapt into the Nile river when fleeing from the hideous monster Typhon. The part of his body submerged underwater transformed into a fish tail, while his top half remained that of a goat.

Aquarius, the Water Bearer, comes from the myth of the Deucalion Flood, which ended the First Bronze Age, Zeus poured all the waters from the heavens out onto the Earth to rid the place of wicked and evil men, which meant destroying practically the whole human race. Deucalion and his wife Pyrrha were lucky to survive. Deucalion was a good guy and Pyrrha was a very fair lady. Hermes, messenger of the Gods, told them to start anew by throwing stones over their shoulders to create a new race of men and women.

Ganymede, the cupbearer of Olympus, is also associated with this sign.

Represented by the centaur, Chiron, who was an excellent archer.

After Zeus fought with his Titan father Cronus, he also went onto defeat the Giants who were also the children of Gaia (Mother Earth). In revenge for her sorrow, Gaia gave birth to Typhon, the most evil monster of all time.

Typhon attacked Mount Olympus which shocked the Olympians so much that they all fled in fear. Each Olympian quickly transformed into some type of animal as a disguise to gain some thinking time.

The Goddess Aphrodite and her son Eros transformed last of all. They dived into the sea turning themselves into twin fish to escape the monsters wrath.

After a cataclysmic battle, Zeus defeated the hideous monster and trapped it under Mount Etna in Sicily.

Grateful Aphrodite placed the fish form she and her son took and placed it in the night sky as the twelfth and last sign of the Greek Zodiac.

This constellation sign has been seen as either one or two fish for thousands of years.

It all started with the mother of Andromeda boasting that she was more beautiful than the Nereids. The Nymphs asked Poseidon to punish the queen for her vain boast.

The beauty saved by Perseus.

The flying horse, Pegasus, sprung from the head of Medusa after Perseus chopped her head off.

The Perseus constellation resides next to Andromeda. It was catalogued by the Greek Astronomer Ptolemy in the 2nd century. It’s known for its annual Perseid meteor shower.

Normally associated with the centaur Chiron, the half-man, half-horse, who mentored many famous Greek heroes.

The cup associated with Apollo was a two-handed chalice.

Zeus seduced Leda in the form of a swan.

The legendary hero of Greek mythology who had to complete 12 labours.

The terrifying Hydra with multiple heads.

Represents the lyre of Orpheus.

The son of Poseidon and the Cretan princess Euryale.

Known as the Great Fish, it swallows the water poured out by Aquarius, the water-bearer constellation. The name is Latin for “Southern Fish”.

Are you swallowing any of this? 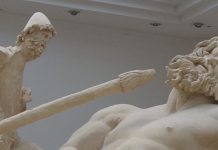