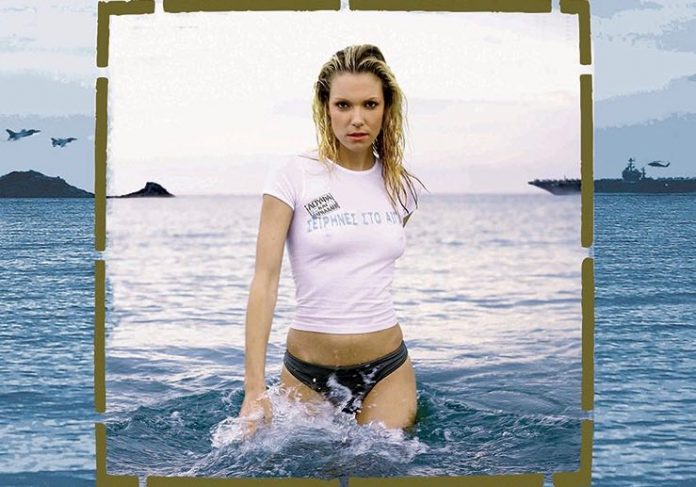 Greek movies generally speaking are not very good. This probably has something to do with the budgets involved, as you can only do so much with a shoe-string movie budget.

If I had to recommend ten of the best Greek movies that look to be the most interesting then these would be it. You have to see at least one Greek movie with English subtitles. One of them may surprise you.

A female android robot wants to find out what love is.

A middle-aged doctor is befriended by a 20-year-old female tourist and her group of friends on the Greek island of Antiparos, where he has just recently been stationed to work in the island’s health clinic. He becomes besotted with her.

A professor of criminology and a maths professor get together to solve some horrific crimes where quotes from Pythagoras were left behind by the perpetrator.

Stelios Mainas, a jazz club owner, has 32 hours to come up with money he owes to a Romanian loan shark gangster.

Six guys on board a luxury yacht agree to take part in a contest to find out the best man among them. The ludicrous criteria they use to judge the winner even includes the size of their erections.

Stratos wants to free Leonidas from prison as a favour after his own life was once saved when he was behind bars. At night Stratos works in a bakery to save some cash before the breakout attempt.

Hermes and Giannis work for ‘The Master’ doing his dirty work. It gets even more complicated when both of them fall in love with two forbidden women.

What if Eros, the God of Love didn’t exist?

Agamemnon is eager for his ships to sail over to Troy, the only problem is that there is no wind. Have the Gods been offended?

Greek movies have taken some weird turns. If you’re wanting to see some over the top really weird Greek movies then check these bizarre movies out. In that post I also tell Greek film makers where they’re going wrong. They really do need a good kick up the ass.