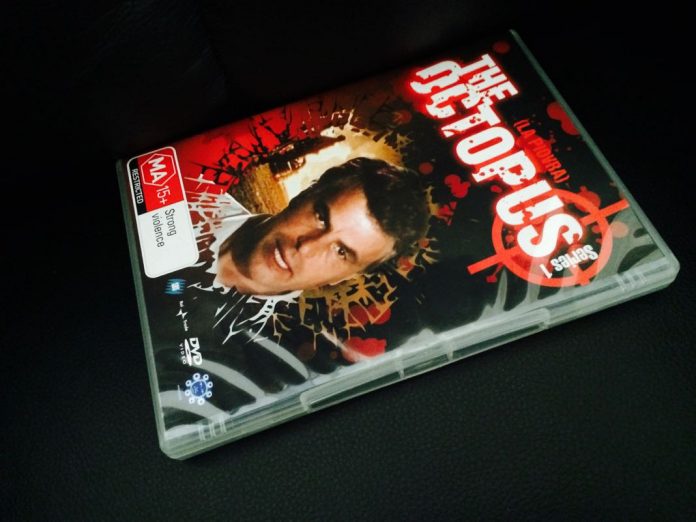 The Greek Gods are good. If they had any part in creating these bad guys, then they also have to be congratulated for creating the best Mafia movies and TV series of all time. None of them would exist otherwise.

Watching a few bad guys on the screen is a great teacher. It’s almost like the Greek Gods want to teach the world a few important lessons in an entertaining way.

The question you have to ask yourself is this. Do you want to go down as a baddie? It’s a big risk when you think about it. Eternal paradise is at stake after all.

Consider it very carefully after watching everyone of these ten brilliant Mafia movies and TV miniseries.

Al Pacino stars as Tony Montana in this truly unforgettable underworld crime drama masterpiece. When I watched this classic movie for the first time as a teenager it felt surreal, as if you were right there beside Cuban refugee Tony all the way, while he climbed the underworld ladder in Miami.

Interestingly, Marlon Brando was proclaimed the Academy Award winner for Best Actor in 1973 for this classic Mafia movie, but instead of accepting the award he sent Sacheen Littlefeather, an American native, to decline the award on his behalf due to the treatment of American Indians by the film industry. He was only the second person to decline the Academy Award for Best Actor after George C. Scott declined it for his part in the war film Patton (1970).

I don’t think people realize what the motion picture industry has done to the American Indian, and a matter of fact, all ethnic groups. All minorities. All non-whites. People just simply don’t realize. They took it for granted that that’s the way people are going to be presented, and that these cliches were just going to be perpetuated. So when someone makes a protest of some kind and says, ‘No, please don’t present the Chinese this way.’ … On this network, you can see silly renditions of human behavior. The leering Filipino houseboy, the wily Japanese or the kook or the gook. The idiot black man, the stupid Indian. It goes on and on and on, and people don’t realize how deeply these people are injured by seeing themselves represented—not the adults, who are already inured to that kind of pain and pressure, but the children. Indian children, seeing Indians represented as savage, ugly, vicious, treacherous, drunken—they grow up only with a negative image of themselves, and it lasts a lifetime.

This classic Mafia movie was nominated for eleven Academy Awards and won six of them, including Best Picture, Best Director and Best Actor in a Supporting Role.

I found this six part Italian miniseries to be absolutely incredible. If you haven’t seen it, I recommend you find it and watch it as soon as you can. The story will grip you’re attention the whole way through. The rise of the Sicilian Mafia is told through an epic fifty year period.

It tells the story of Toto Riina, a young kid from a poor family who grows up to become a ruthless controller of families from Corleone and Palermo. This is drama at its best.

You can watch all nine seasons if you want.

One of the most popular TV series ever made in Italy. Corrado Cattani is the good guy in this eventful series, who fights the Mafia at every step.

You’ll be on his side wanting to see the total destruction of the Mafia. The tension build up is nerve racking. If you want to feel total admiration for a good guy, then watch this masterpiece.

The rise and fall of Mafia members is beautiful portrayed in this great movie.

Remember, there is always someone out who is more merciless than someone else.

Eliot Ness and his colleagues attempt to take down Al Capone, the boss of the Chicago Outfit.

Power Isn’t Everything… It’s The Only Thing.

I wonder what the Greek Gods would make of this statement?