Home Greek Gods and Mythology Hades – God of the Underworld 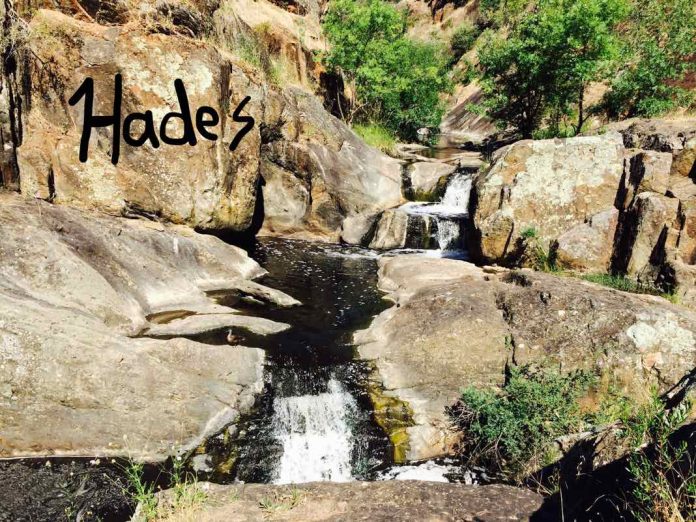 The three brothers, Zeus, Poseidon and Hades (Pluto is his Roman name), decided to draw straws to see who’d rule the sky, the seas, and the underworld, after their victory against the Titans.

Hades drew the short straw which made him ruler of the underworld. He wasn’t too happy about it because the Underworld was generally a cold and gloomy place. Even so, he still possessed power on earth (ground) due to an agreement with his brothers that made the land common territory.

The dark and gloomy underworld, also known as Hades (pronounced: hay-deez), is the place where human souls went to after death. This is the reason why Hades is also referred to as God of the dead.

Ghosts of the dead were often escorted by Hermes, God of boundaries, to the boatman Charon. 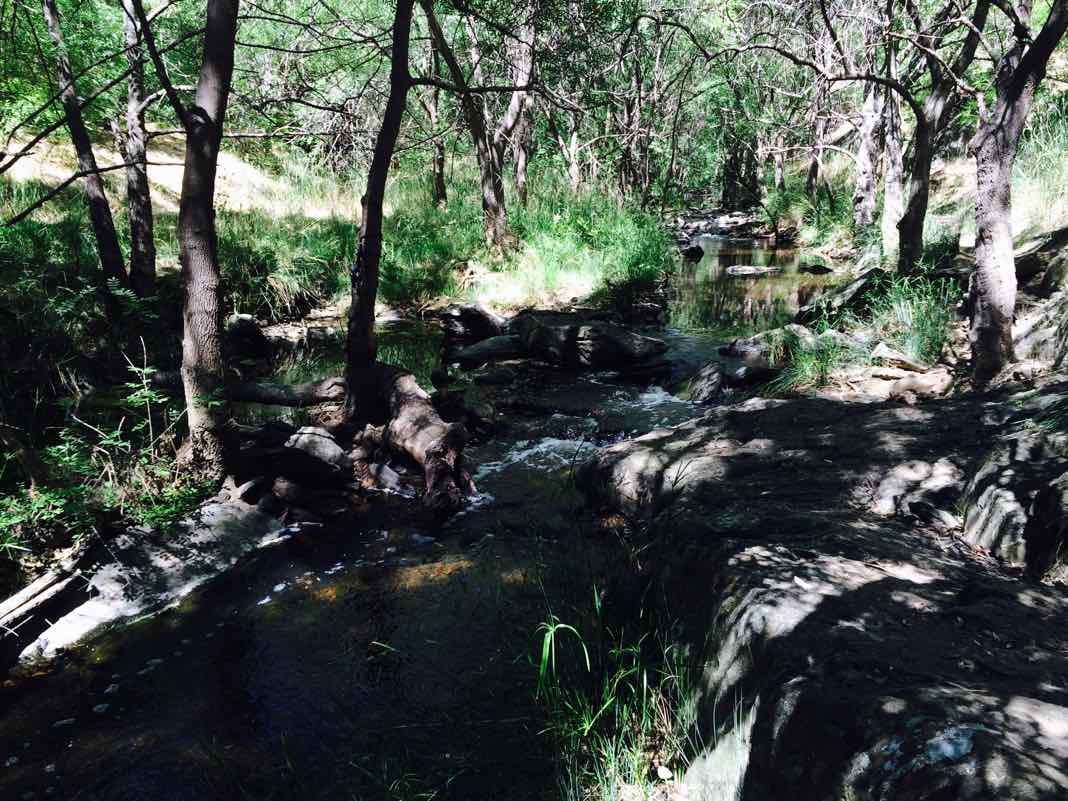 Contents hide
Charon the Ferryman
Cerebus
Hades and Persephone
Hades, God of the Underworld and Wealth

Charon then ferried the souls of the dead across the River Styx to the other side. For this service Charon charged a fee.

Many ancient buried corpses have been discovered with a coin in their mouth for this sole reason. If someone couldn’t pay the fee, then they had to wander around for ages until they found another entryway into the Underworld.

Given a choice, a relaxing boat ride sounds like a no brainer. 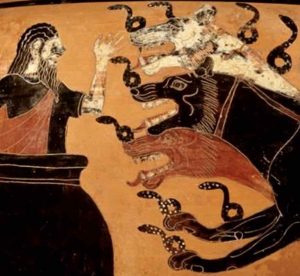 The three-headed guard dog Cerberus guarded the entranceway to Hades. If having three heads is hard to believe, he also had serpents protruding from him.

Cerberus allowed dead souls to enter but leaving Hades was almost impossible. Once inside the underworld, souls were judged. This could mean entry into Tartarus (Hell) or even the Elysian Fields/Elysium (Islands of the blessed) for the lucky few. The twisted Christian heaven and hell modelled itself on Hades. The Greek Gods were first after all.

Hades famously abducted Persephone after desiring the beauty from afar. Demeter, Goddess of crops and mother of Persephone didn’t know where her missing daughter had disappeared to. The distressed mother roamed the world searching for her only daughter. During this time crops failed and the land became barren as nature grieved along with her. When Demeter finally found out what had happened she was furious.

Powerful Hades wouldn’t allow Persephone to leave his kingdom even after all of the Olympians had found out what had happened. He used the excuse that Persephone had eaten a pomegranate seed while inside the underworld. Underworld rules precluded anyone who had eaten anything inside the underworld from being able to leave. Demeter knew she had to agree to a compromise so she begrudgingly permitted her daughter to be with Hades provided Persephone would be allowed to spend a substantial part of the year with her. Some say half and others say even up to two-thirds of the year.

Persephone was then allowed to become the wife of Hades and Queen of the Underworld. Hades, Demeter and Persephone all agreed to the compromise. Persephone by this time had started developing strong feelings for Hades, so she was ok with it.

All of this caused a change of seasons on earth, due to the change in Demeter’s feelings when she knew her daughter would be with her. Spring commenced around the time of year when Persephone returned to the surface of the earth. 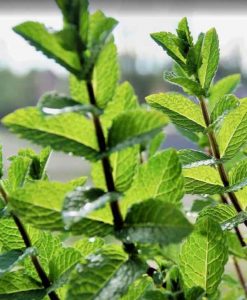 Hades was mostly faithful to Persephone, however he did become enamoured with a nymph Minthe. When Persephone found out about it she became so jealous that she turned the nymph into mint, the sweet flavoured herb.

The leaves of a mint plant always grow in pairs and opposite each other as a result.

Some souls could leave after say a thousand years to take up another body, but they first had to drink from the River Lethe, which made them forget their former lives. This was the underworld’s answer to overcrowding or maybe some other well kept secret. It enabled the soul to forget everything that had gone before, so that they could live a new different life on earth.

Hades, God of the Underworld and Wealth

Not many know this but Hades is also considered the God of Wealth because of his closeness to metals and precious stones. Wealth is often obtained from under the ground which includes all plant life and this is why he became known as “the rich one” especially during Roman times, when he became known as Pluto.

His most prized powerful possession is a helmet or cap, which makes  its wearer invisible. The Helm of Darkness is another name for it. Hades is the “Unseen One” after all.