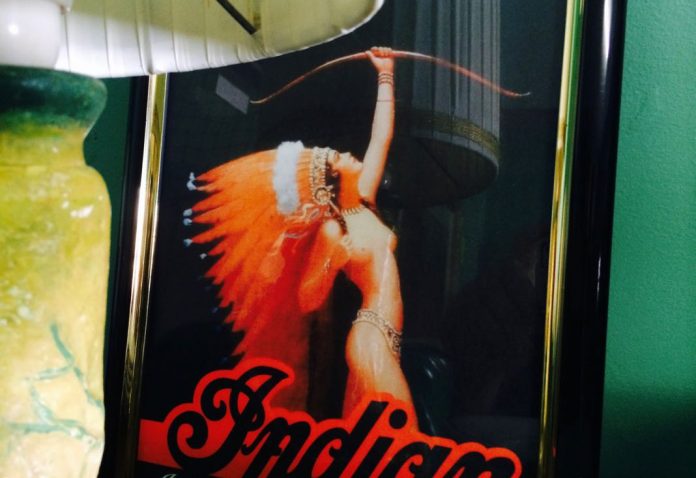 The tallest indoor statue in the U.S. portrays the Goddess Athena as she most likely appeared inside the Parthenon in ancient Greece. The statue of Athena is gilded in real gold and she’s shown holding a tiny Nike in her upturned palm. Standing 42 feet high, it’s incredible to think that she exists in the country music capital of the world, within the most perfect full-size replica of the Parthenon ever built.

In 1897, Nashville hosted Tennessee’s Centennial Exposition. The city prided itself as being a centre of learning and enlightenment, so they built what was supposed to a temporary replica of the Parthenon as a way of validating its reputation as “The Athens of the South.”

Due to its popularity it was left standing after the event, just like the Eiffel Tower, however in this case the temporary structure was replaced by an even better one in 1931.

It’s also interesting to note that the Parthenon appeared in Nashville way before the country music boom. The musicians came later and so did Athena. The Parthenon temple had a donation box next to a small model of the statue of Athena. Over a lengthy period of time the money slowly added up and in 1982 construction finally started on Athena, but it took more money and up till 2002 before everything was completed as planned.

This is the temple where Percy Jackson and his friends had to make there way in the first movie. The Greek Gods and Goddesses would be impressed.

2. Temple of Castor and Pollux

According to legend, the Temple of Castor and Pollux was built in 495 BCE to honour the triumph of the infant Roman Republic over the Latin League at the Battle of Lake Regillus. 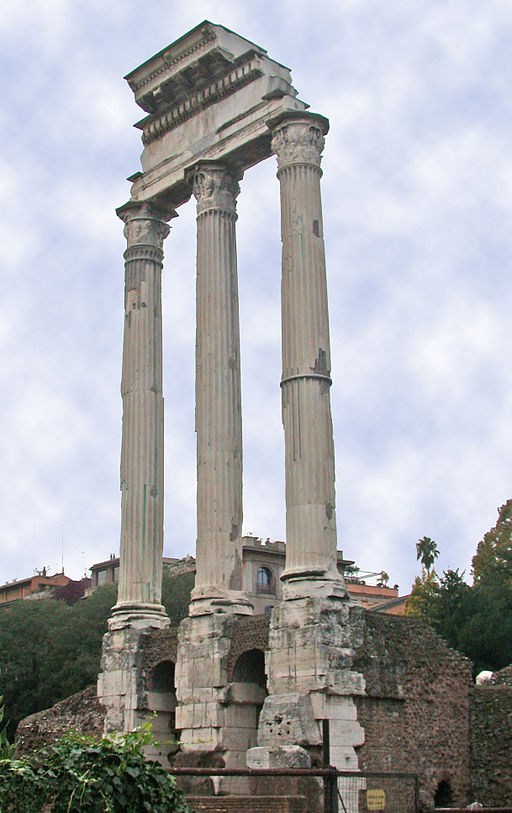 Castor and Pollux were thought to have supported the republic by assisting in this victory. It is said that they took part in the battle in full armour on horseback.

Castor and Pollux (Greek Polydeuces) were the Dioscouri, the “twins” of Gemini, which is why the Italians now know the Temple as the Tempio dei Dioscouri.

Castor and Pollux were the divine twins. Zeus (Jupiter) seduced Leda by turning into a swan, which sounds pretty incredible, but stranger things have happened. On that same night when Leda was seduced, she slept with her husband Tyndareus, King of Sparta. As a result she had two sets of twins, one from each union. Castor and Clyemnestra, plus Helen (who later became Helen of Troy) and Pollux.

Rome was later said to have been founded by the Roman equivalent of Castor and Pollux, Romulus and Remus. Romulus is said to have given his name to Rome. It makes you wonder.

The Pantheon (126 CE) is essentially a Greek Temple in front of a domed hall, with its centre forever open to the sky. Since the temple is located in one of the finest squares in Rome, it’s well worth a visit. The temple is considered the best preserved of all ancient temples. 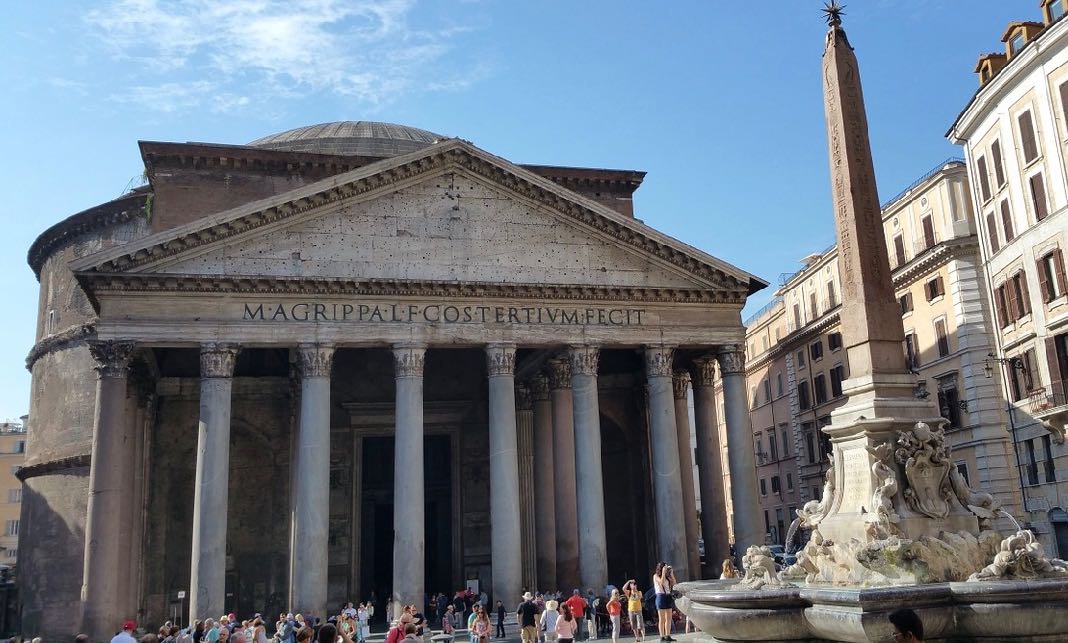 It’s a sanctuary dedicated the gods of ancient Rome. The emperor’s buried inside obviously wanted to try and impress the real Greek Gods.

The Greek Gods preserved Pompeii for good reason. Wonder why?

Jason and the Argonauts filmed a classic scene at this location. The one where old man Phileas is at the table trying to eat his food, when he’s attacked by harpies.

This ancient site is supposed to be spectacular.

The National Park of Cilento and Vallo di Diano includes the ruins of Paestum and Velia. It’s a World Heritage Site.

Agrigento, Selinunte and Segesta are all on the western side of Sicily. All of these 3 ancient sites can be comfortably visited in a day and a half.

6. Agrigento – Valley of the Temples

Seven ancient Greek temples can be seen at this site. The ruins of a Temple dedicated to Heracles can be viewed along side the ancient city of Akragas, which the Greek poet Pindar called “the most beautiful city of the mortals”.

Be sure to visit the Regional Archaeological Museum as well. 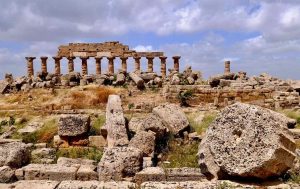 The largest archaeological park in Europe, situated in a stunning position high above the sea. When the wildflowers bloom in springtime, the place is said to be near perfect. Many tourists rate this ancient temple site in Sicily as their favourite.

The Temple of Segesta, built in Doric style, is situated in a very mysterious location. 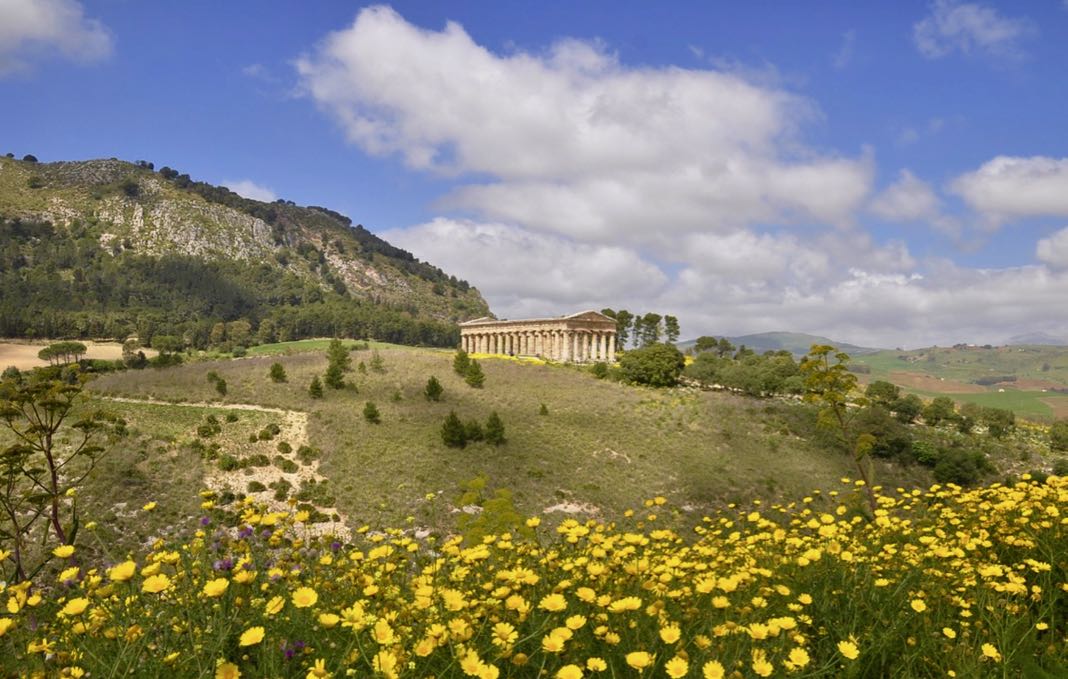 The city was founded in 733 BCE by people from the Greek town of Corinth. Cicero considered it the greatest of all Greek cities. Archimedes was born in Syracuse and Plato worked there.

Syracuse was once a rival to Athens. Today, it’s an interesting modern city with a grand past.

A Temple of Athena (5th century BCE) located within a cathedral can also be found here.

A war memorial in Melbourne for Australian soldiers who went to war. 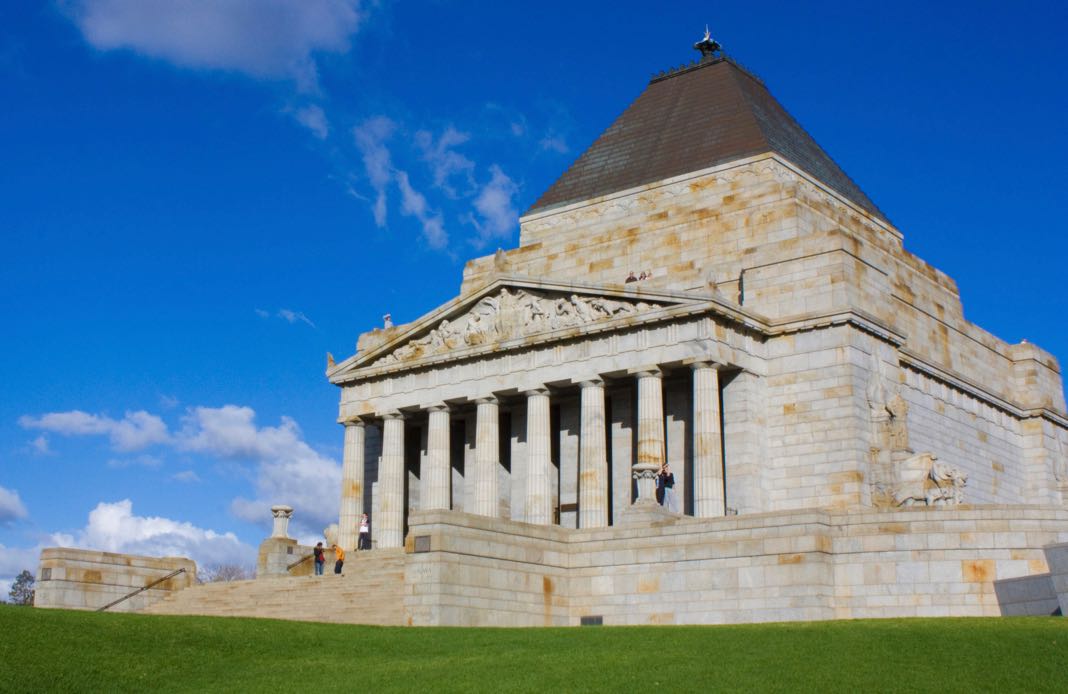 Rumour has it that here’s a marble stone known as the Stone of Remembrance with the following words engraved on it:

Apparently once a year, on 11 November at 11am (Remembrance Day), a ray of sunlight passes through an opening in the roof to light up the word “Love” in the inscription.

You have to remember over 60,000 Australian soldiers fought at Gallipoli in Turkey. Around 8,000 were killed as a result. That was one massive loss of life. The Trojan War couldn’t have been as bad as that.

Temple of Artemis – One of the seven wonders of the ancient world.

Walk along the ancient pathway and try and feel its presence because this wonder has long disappeared. The Celsus Library is a highlight.

The Greek city of Pergamon, now in Turkey, had a temple that rivalled that of the Parthenon in Athens.

When Alexander the Great expanded his empire, the city of Pergamon grew in importance. A temple dedicated to Zeus was built on top of an acropolis in Pergamon, same as the Parthenon in Athens.

The frieze of the Zeus Alter is now located at the Pergamon Museum, Berlin, Germany, after many artefacts were raided from ancient sites in the late 1800s period.

Going for a stroll around the ancient site where everything was taken would be very interesting, as would be visiting the Berlin Pergamon Museum. I would have visited myself, if I knew of its existence at the time. I wonder how this survived World War 2?

Location: 26km from the modern coastline of the Aegean Sea, Pergamon, Turkey

Ruins date back to the 13th century BCE with the glory days lasting up till the 3-4th century.

There’s even a mosaic in the House of Aion, depicting the flute contest between Apollo and Marsyas.

After all of this, I find it very interesting that Sicily is a Mecca of Greek Temples. I might have to go there one day myself. 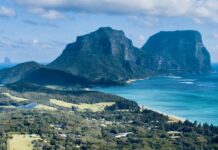