These 12 Greek mythology statues and sculptures are absolutely incredible. Each one has the power to leave you in total awe of the ancient past.

The wondrous statues shown here are solid reminders to never forget the bounds of possibility and the importance of Greco-Roman myths to the foundations of this bizarre world. Check them out.

1. Odysseus and his friends blinding the cyclops Polyphemus

Visiting this group of sculptures showing Odysseus and his friends blinding Polyphemus is actually a three-in-one attraction, which includes the Villa of Tiberius, now a villa/museum, as well as an archaeological site and a grotto.

These sculptures known as the Sperlonga sculptures are a group of mysterious ancient sculptures discovered in 1957. They were located in the grounds of the former villa of Emperor Tiberius at Sperlonga, on the coast between Rome and Naples.

Restorers actually pieced the broken sculptures back together again with resin castings, after learning about the association with Polyphemus, the one-eyed cyclops, through inscriptions found nearby. Other sculptures were discovered in the same area, which can also be seen in the museum. Check it out the video below.

Medusa’s head can be seen sitting sideways holding up a column.

The pillar below shows Medusa’s head in the upside down position. I wonder who came up with this weird idea? The two Medusa heads in Basilica Cistern have since become a tourist attraction in themselves.

Athena Parthenos by Alan LeQuire (1990) is the largest indoor sculpture in the western world. The colossal statue is located inside a full-scale replica of the Parthenon in Nashville.

If you want to know more, watch this video.

Location: At the entrance of Neptune Park on the Virginia Beach boardwalk, USA 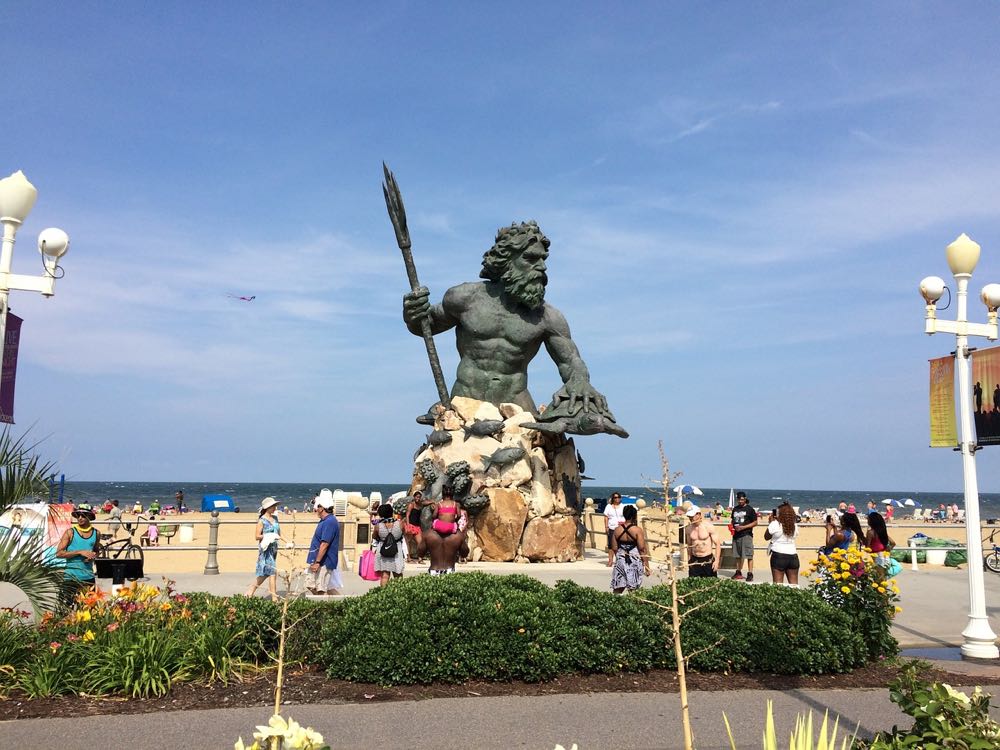 He’s even holding a tortoise.

Location: Valley of the Temples in south-western Sicily, Italy

The bronze statue of fallen Icarus lies in discarded fashion on the ground beyond the Temple of Concordia. 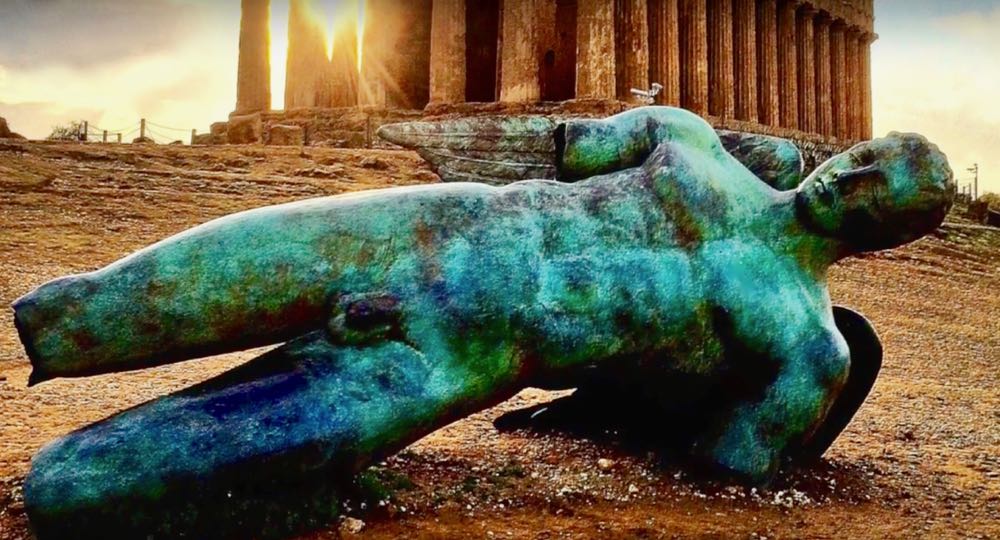 Icarus has been lying there since 2011 as part of a larger exhibition by the Polish artist Igor Mitoraj.

Watch Americans celebrate the 4th of July on side with Pegasus and the Greek Gods.

Located in the Galleria Vittorio Emanuele II, the oldest shopping mall in Italy. 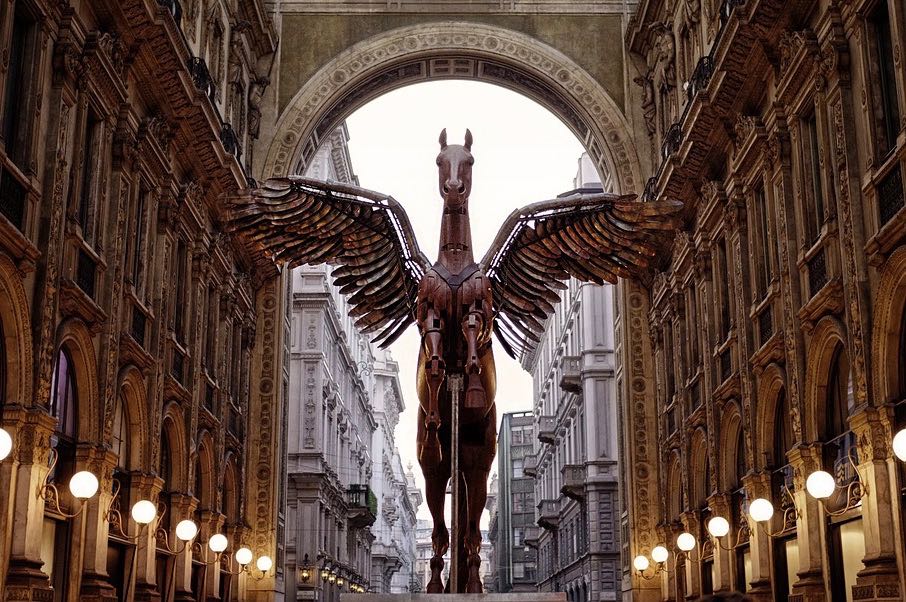 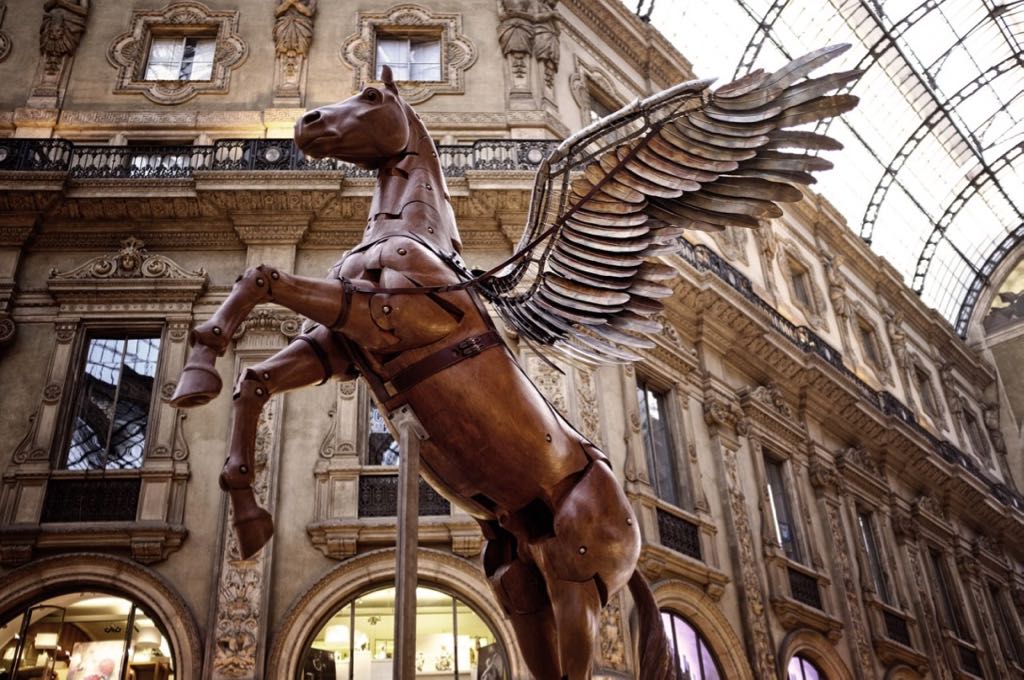 The unbelievable thing about this Hercules statue is the stunning setting.

The Hercules Monument and its cascade is located in Bergpark Wilhelmshöhe. You will see a long cascade of water leading up to the monument at the top of the hill.

Hercules stands on the highest point in Bergpark Wilhelmshöhe, which is where Wilhelm II, the Emperor of Germany had his summer estate. 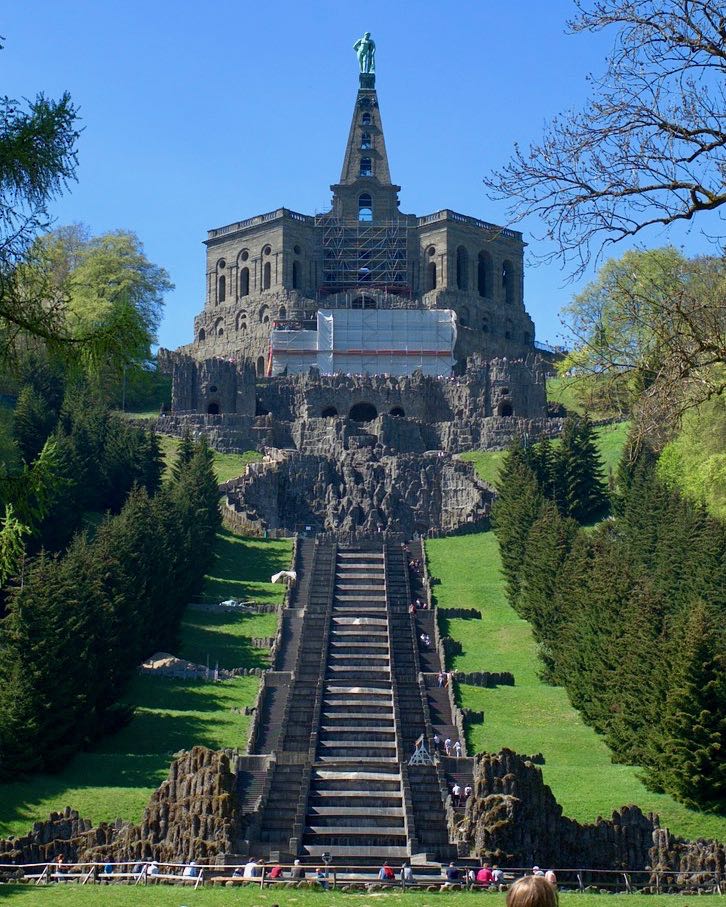 You should also take a look at the many wondrous water fountains with Greek Mythology themes from around the world. These fountains often include awesome sculptures based on Greek Gods, heroes and monsters. Then there are the Neptune fountains in Italy to ponder over.

You can also find many other statues based on Greek mythology themes within other posts of Greek Gods Paradise. 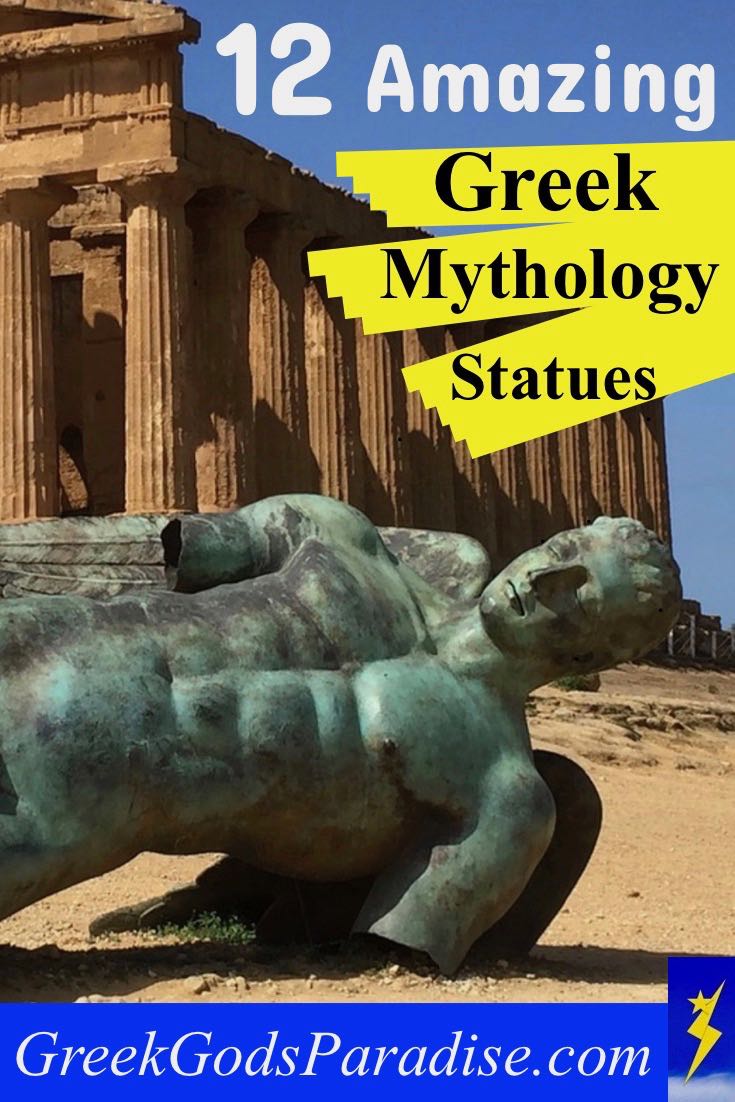 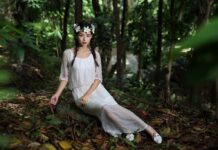