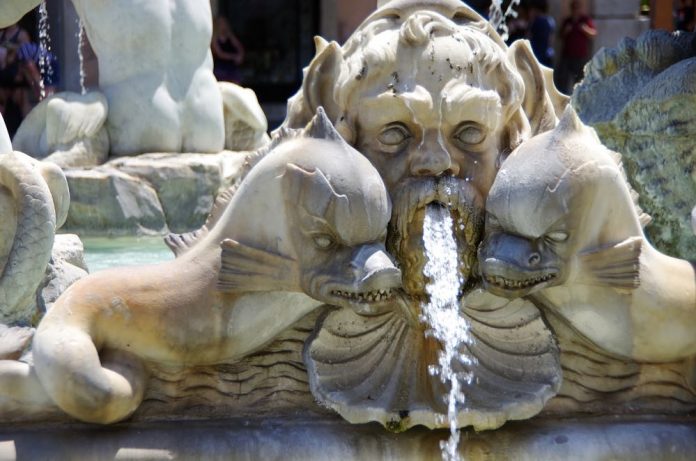 The best fountains in Italy of Neptune (Nettuno) I’ve ever come across are shown here.

Neptune is seen in the company of two Tritons on the western side of the large oval square.

In the photo below, the Neptune fountain is on the other side of the obelisk. You can just make it out. The city square is right next to the Via del Corsa, a main street in the historical centre of Rome. This street is well known for its excellent shopping with many small independent stores and brand name stores to browse through. The street is straight as an arrow from Piazza del Popolo to Piazza Venezia. 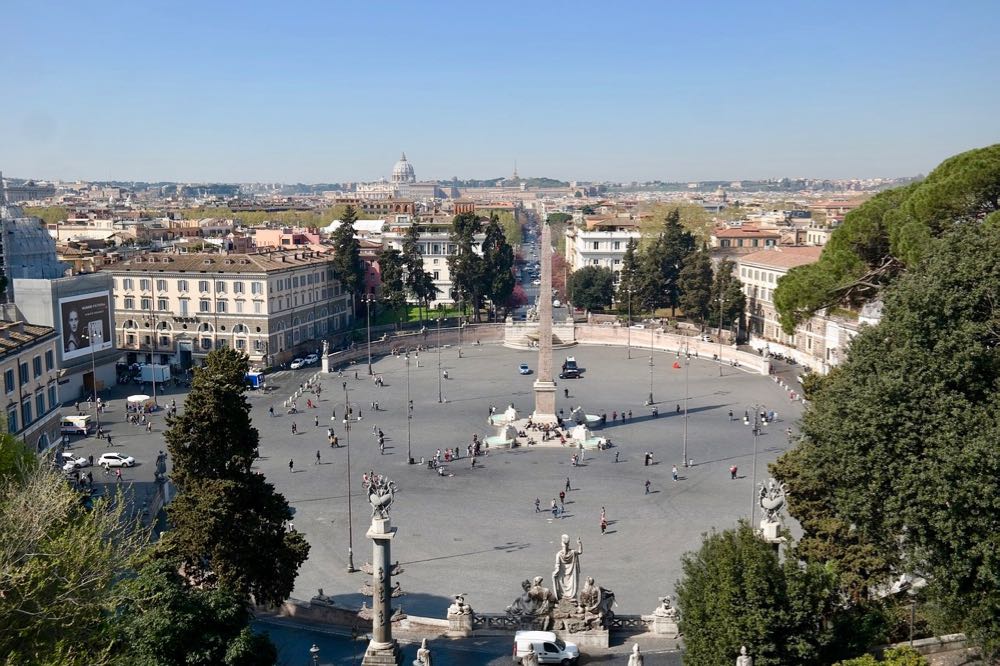 The fountain opposite the Fountain of Neptune, at the foot of the Pincio Gardens, is known as the Fontana della dea di Roma (Fountain of the goddess of Rome). The goddess Rome is in the centre, flanked by allegorical figures representing the rivers Tiber and Aniene. A she-wolf can be seen suckling Remus and Romulus, the mythical founder of Rome, just below the goddess of Rome.

The fountain was initially positioned near the harbour, with Neptune facing away from the sea. After a major earthquake in 1783 and war damages in 1934, the fountain was moved to where you can see it today. Neptune has rotated a full 180 degrees as a result. He now looks out to sea. How many Greek God fountains can claim that?

The Fountain of Neptune began to take form when Giacomo della Porta first designed the basin in 1574. At that time it was called Fountain of The Kettle Makers because it was near a street where all the kettle and metal based businesses were located. For the first 300 years the fountain didn’t have any statues but only the lower basin, made from white marble. The upper part was made out of a local stone.

A sculpture of Neptune fighting against an octopus was added in 1878. Gregorio Zappalà, created the other 8 marine sculptures featuring two sea-horses, two cherubs, two dolphins, and two sea-nymphs. The theme was “Nereids with cupids and walruses”. 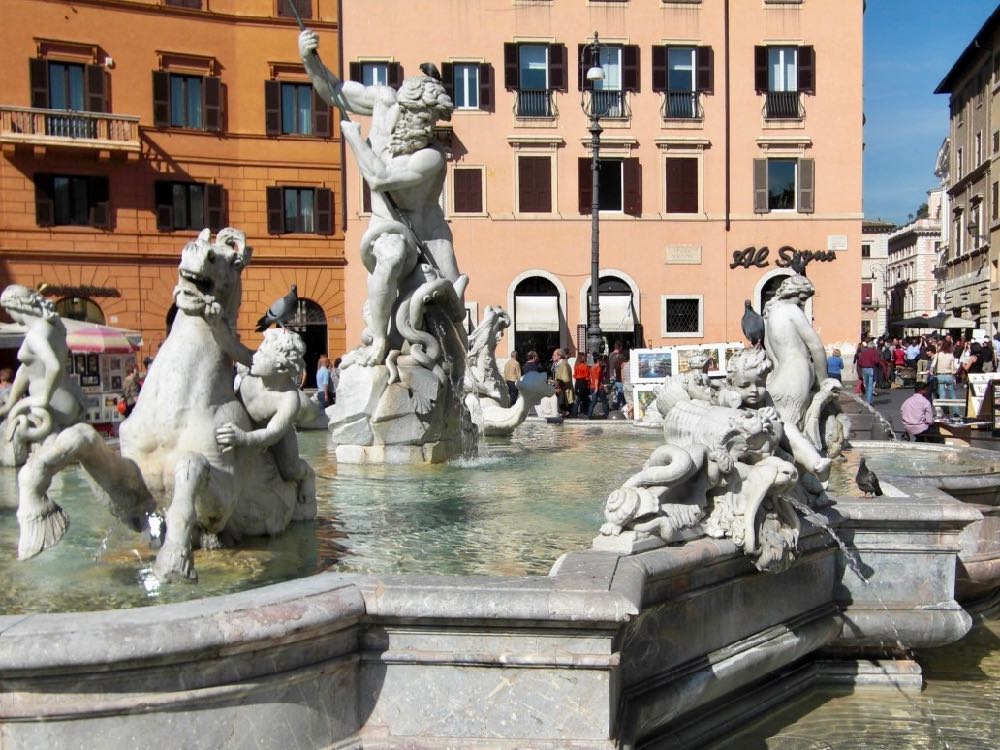 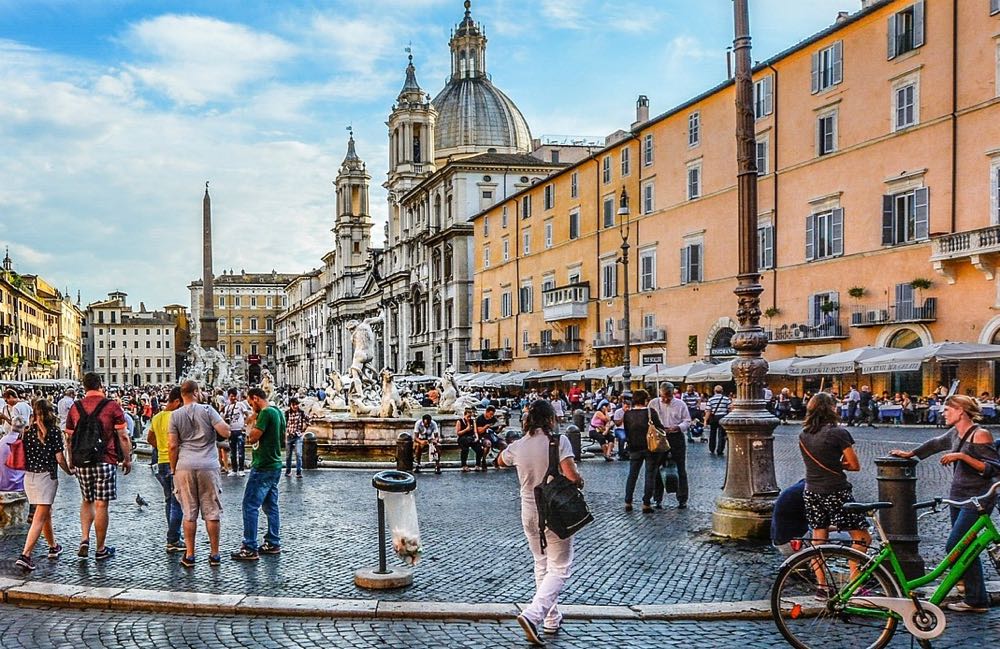 In 1559, Cosimo I de’ Medici launched a competition to design a new fountain as part of a new aqueduct system being built at that time. The result included a giant 4.2 meter tall Neptune figure, made of Apuan marble. It was completed in 1565.

The work on the basin and other fountain figures including river gods, laughing satyrs and marble sea-horses emerging from the water took a few more years to complete. The pedestal on which the statue stands is decorated with the Greek mythical figures of Scylla and Charybdis. The final work was completed in December 1574.

The Neptune statue on display today is a copy made in the 1800s after the original was moved to the National Museum.

The Neptune fountain is positioned in the main square of Florence. Imposing statues with Greek mythology associations that also ring this Florentine square include:

Neptune is surrounded by lots of shops, cafes and restaurants in this beautiful square. 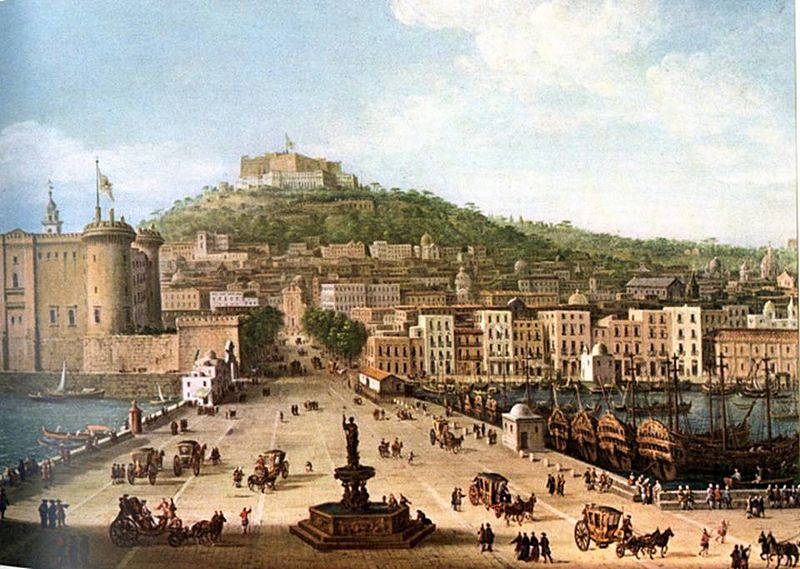 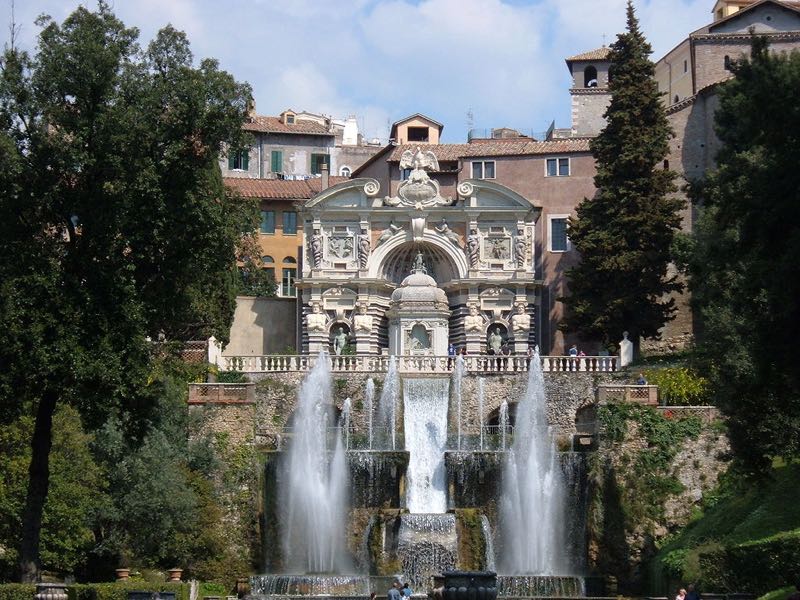 I’ve left the best one for last.

Here are some more Greek mythology fountains in Italy and around the world. 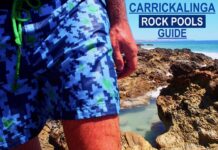 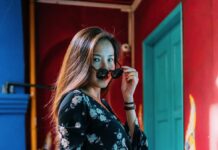 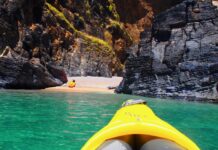