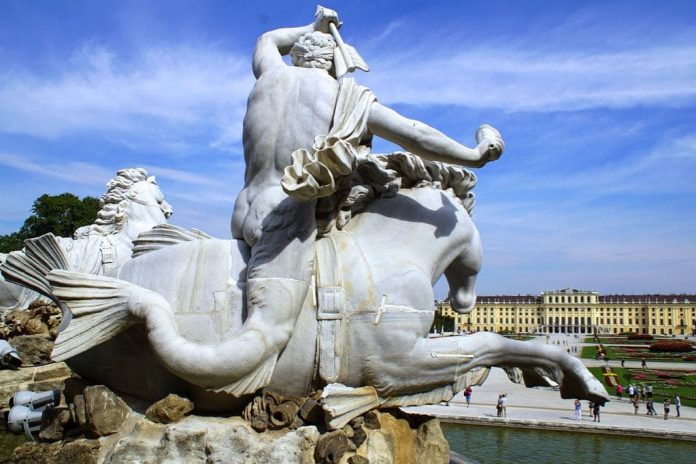 Here are the 12 top attractions in Vienna where you can be reminded of the power of Greek Mythology.

Athena is located in a prime position right in front of the Austrian Parliament building. 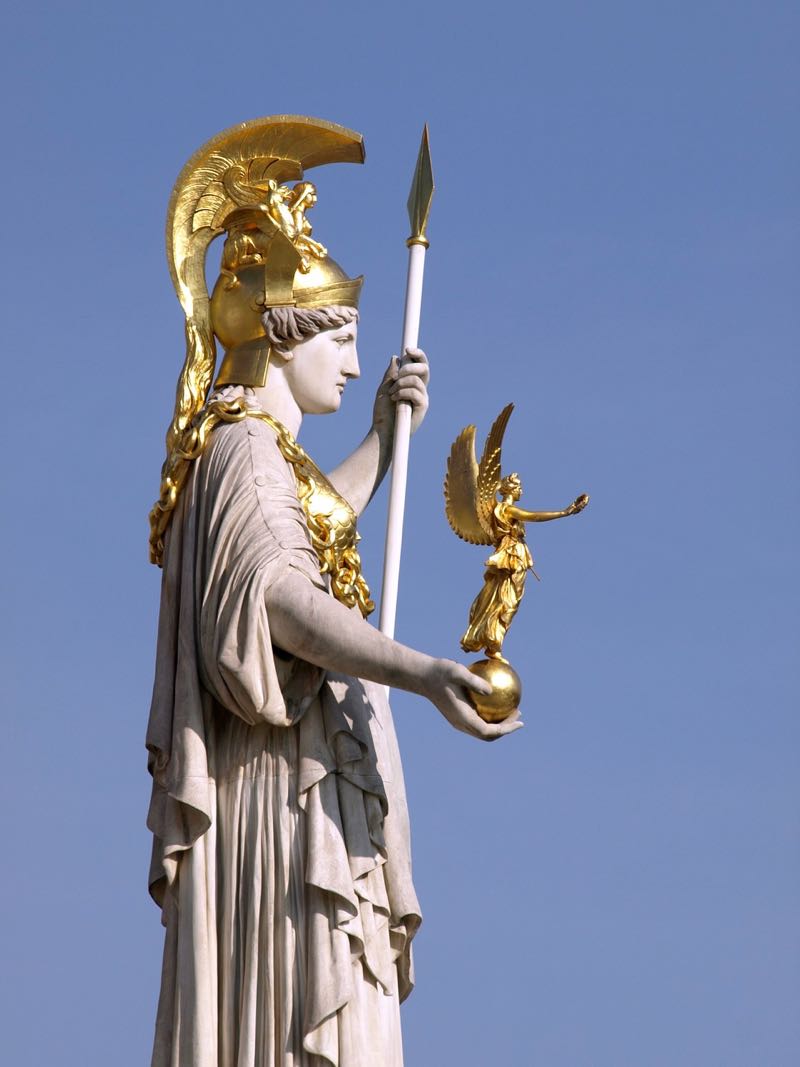 Nike, the Goddess of Victory is standing on top of Athena’s right hand. 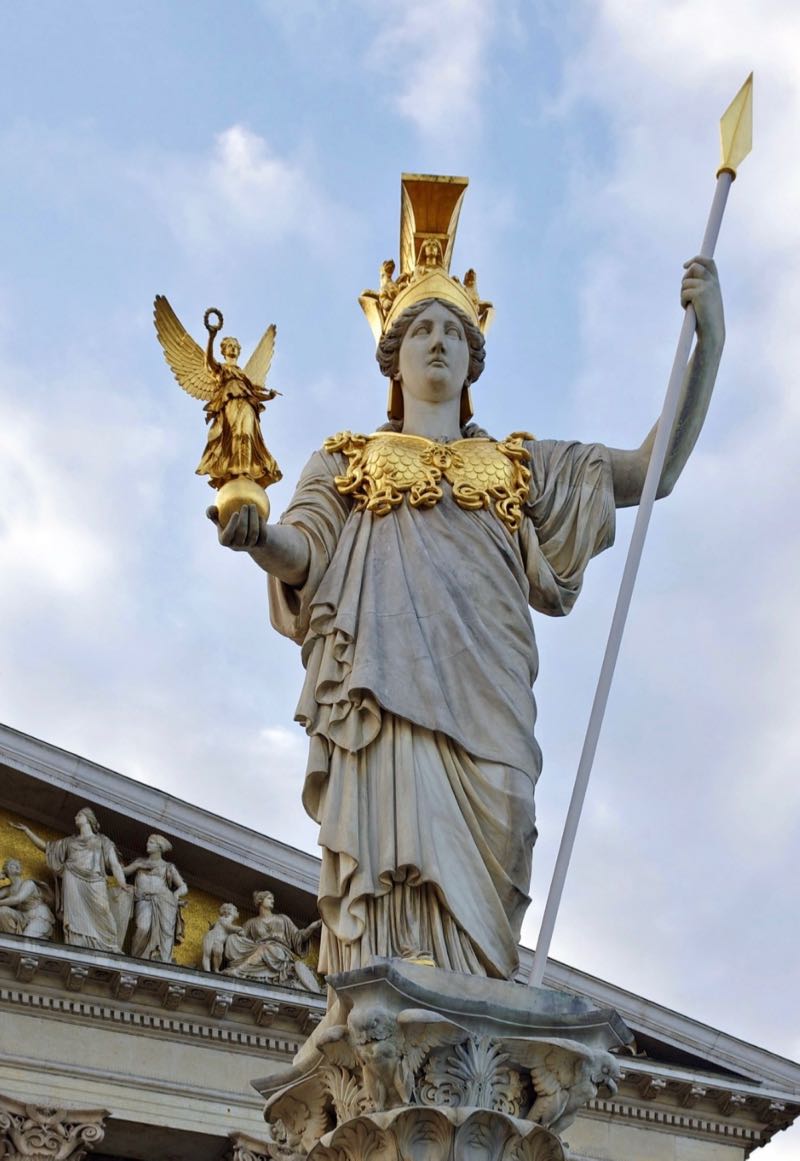 Atlas is seen holding a celestial sphere over the eastern entrance to the Austrian national library. In the past it was a roof element on the Hofburg Palace at Josefsplatz in 1010 Vienna.

In Greek mythology, Atlas met Perseus as he was traveling with the head of Medusa in his pouch. When a quarrel between the two broke out, Perseus pulled Medusa’s head out of the bag and held it against Atlas, who instantly turned to stone. The Atlas Mountains in Morocco arose as a result of their meeting.

Hermesvilla is a palace in the Lainzer Tiergarten in Vienna, a former hunting area for the Habsburg nobility. Emperor Franz Joseph I gifted the villa to his wife Empress Elisabeth, who was better known by the nickname “Sisi”. 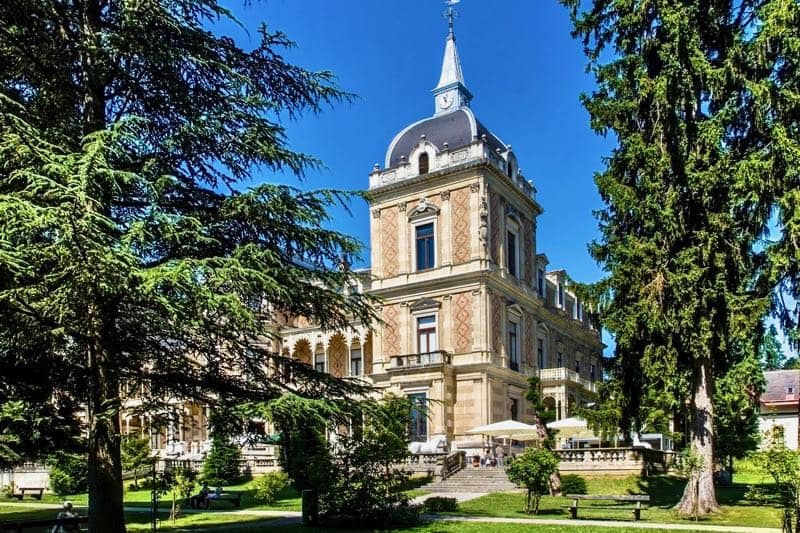 A white marble statue of Hermes wearing his winged helmet is outside in the garden. This is where the villa’s name comes from. Today, the Vienna Museum uses the Hermesvilla for special exhibitions on cultural history.

Schönbrunn Palace was the main summer residence of the Habsburg rulers. 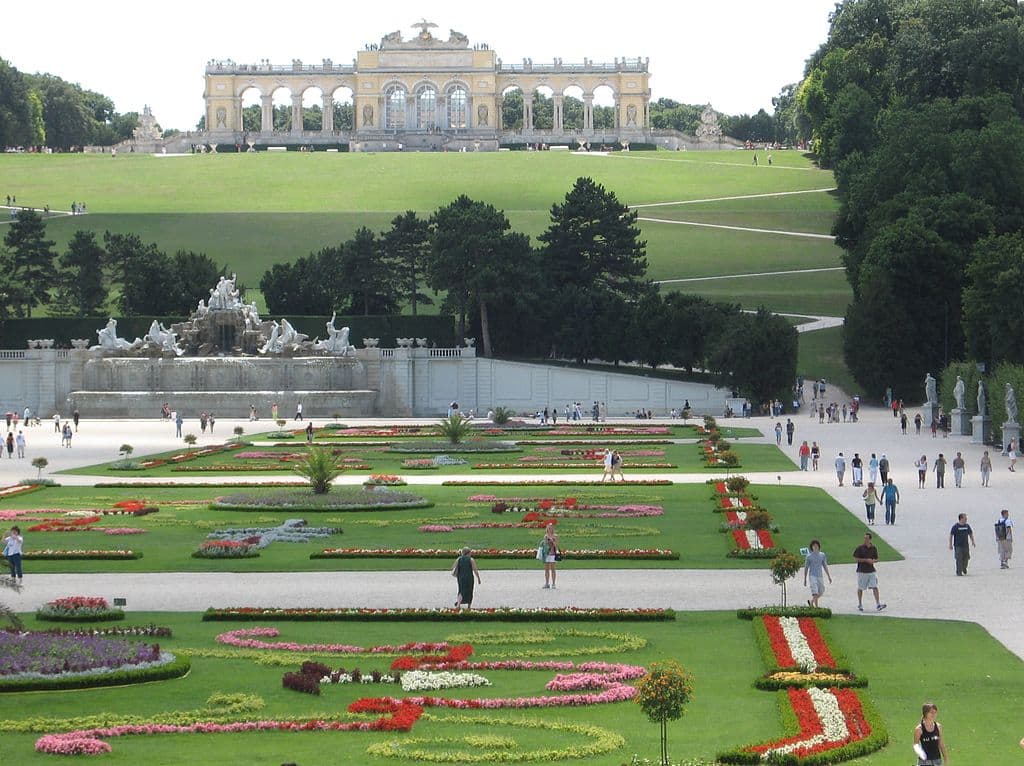 I wonder if they thought they were above the Greek Gods?

Neptune is the centrepiece of the fountain above.

The Hofburg is the former principal imperial palace of the Habsburg dynasty rulers.

Today, it serves as the official residence and workplace of the President of Austria.

Statues depicting the 12 labours of Hercules are located at various entrance points around the Hofburg.

8. Souls on the Banks of the Acheron – Österreishische Galerie Belvedere

Hermes, messenger of the Greek Gods, can move between the realm of the Gods and Mortals on earth. 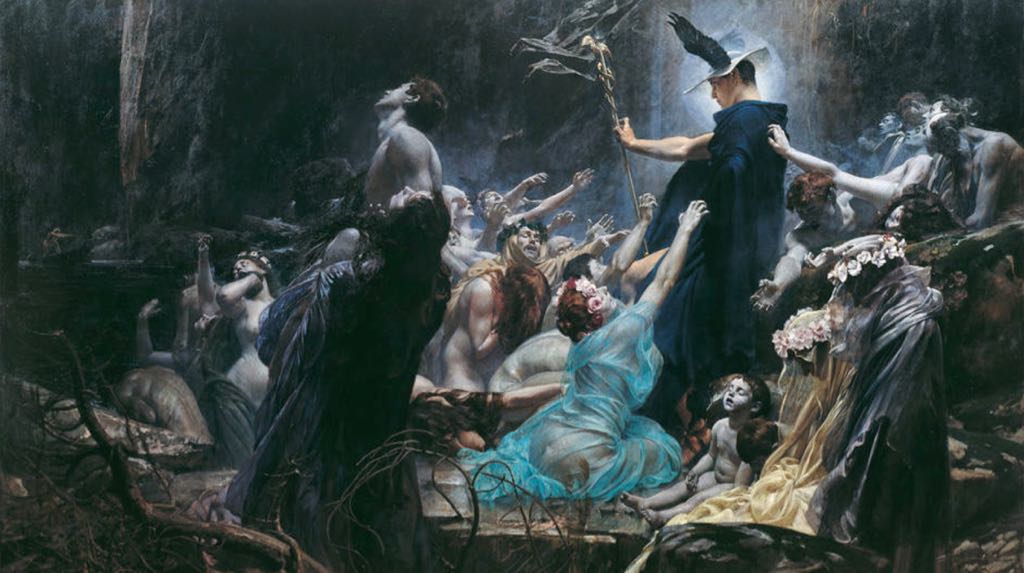 Here we see the desperate souls begging Hermes to take them back to earth in the mortal realm. Only a few of the children and old men are resigned to their fate. 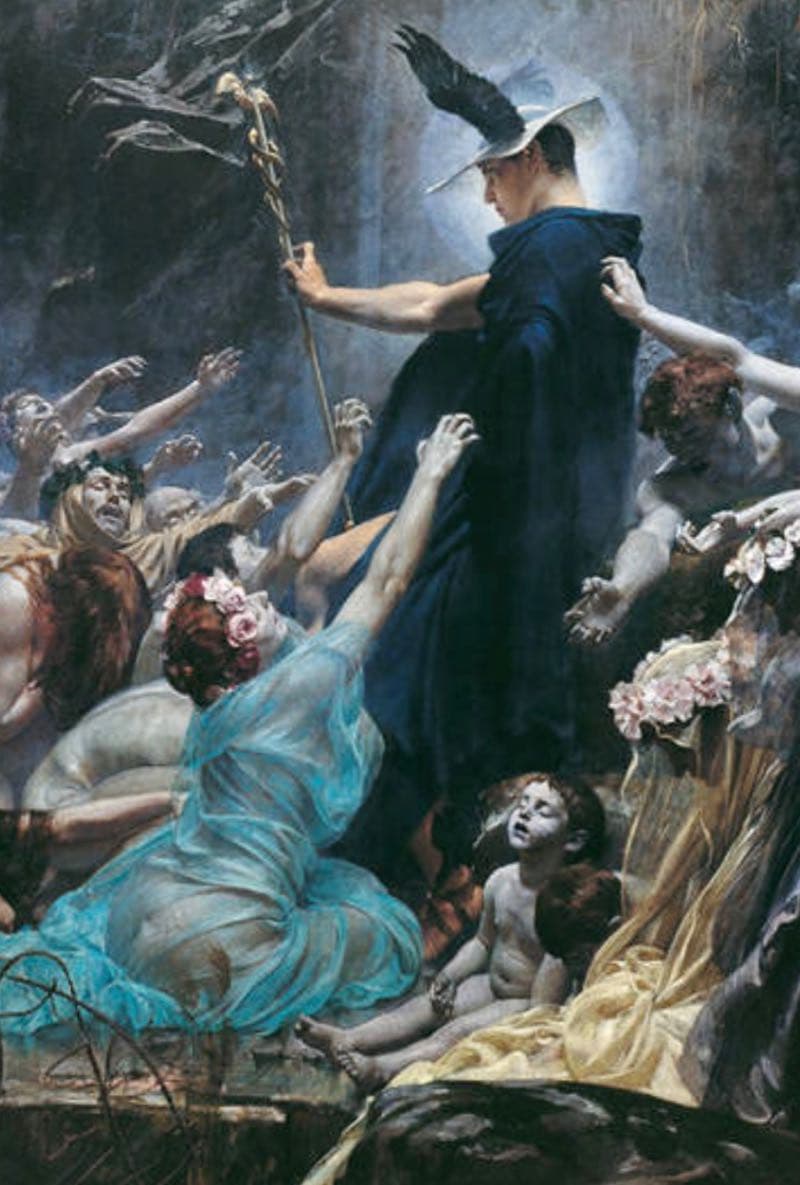 The Theseus temple was originally intended as a special site for only one single contemporary work of art, that being Antonio Canova’s monumental group Theseus slays the centaur. 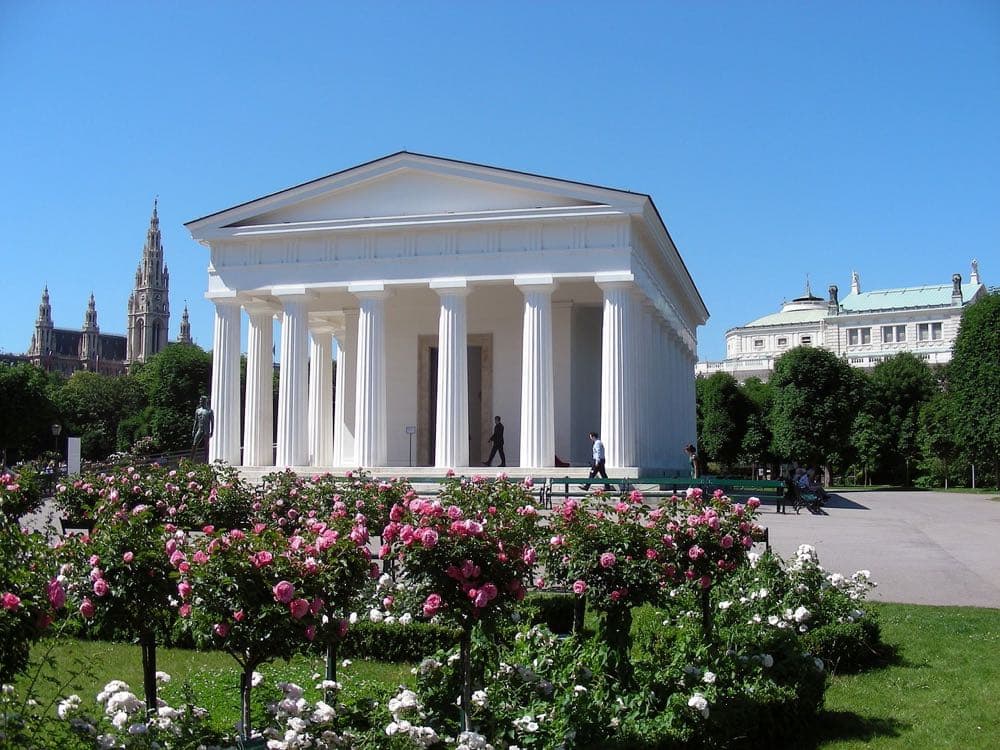 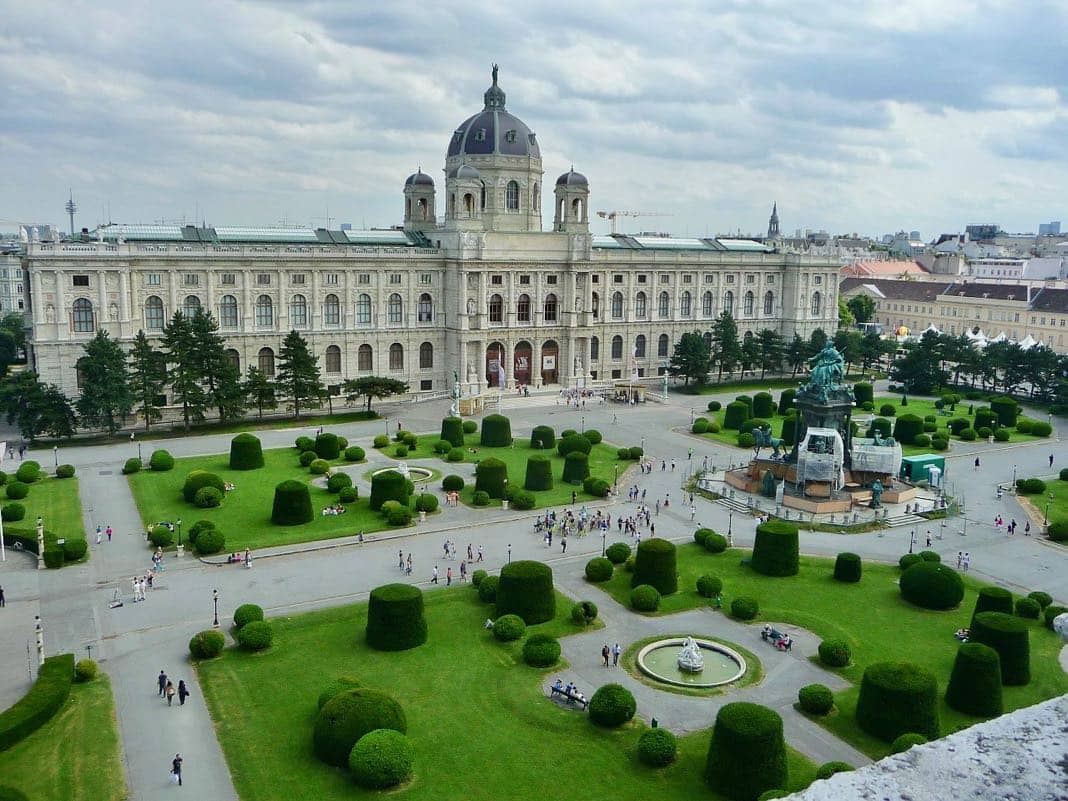 In 1890, the Theseus group was moved to the large staircase inside a new building, the Art History Museum, where it can still be seen today.

11. The Hall of the Muses – Albertina museum

This grand hall has life-sized sculptures of Apollo and the nine Muses who preside over the arts and sciences. 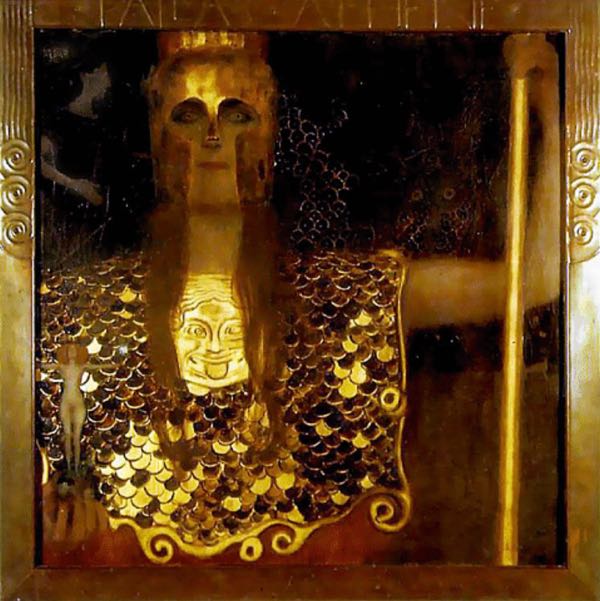 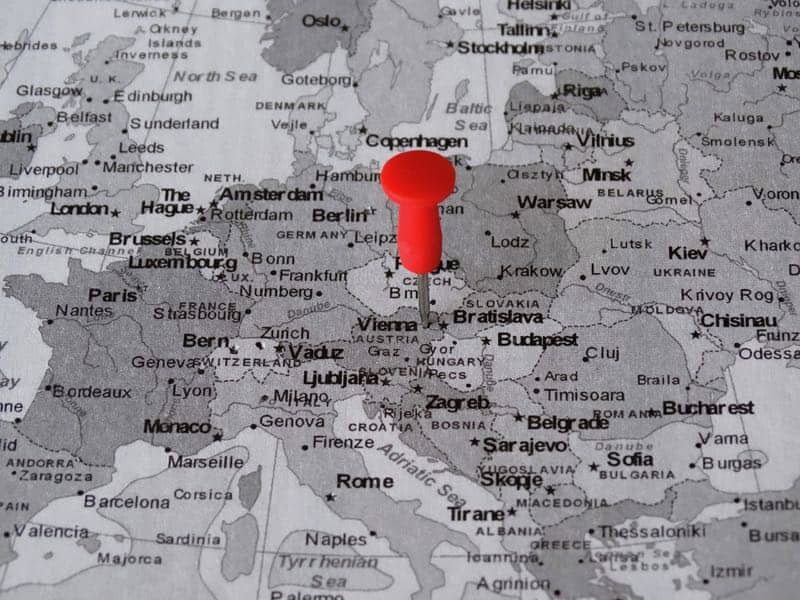 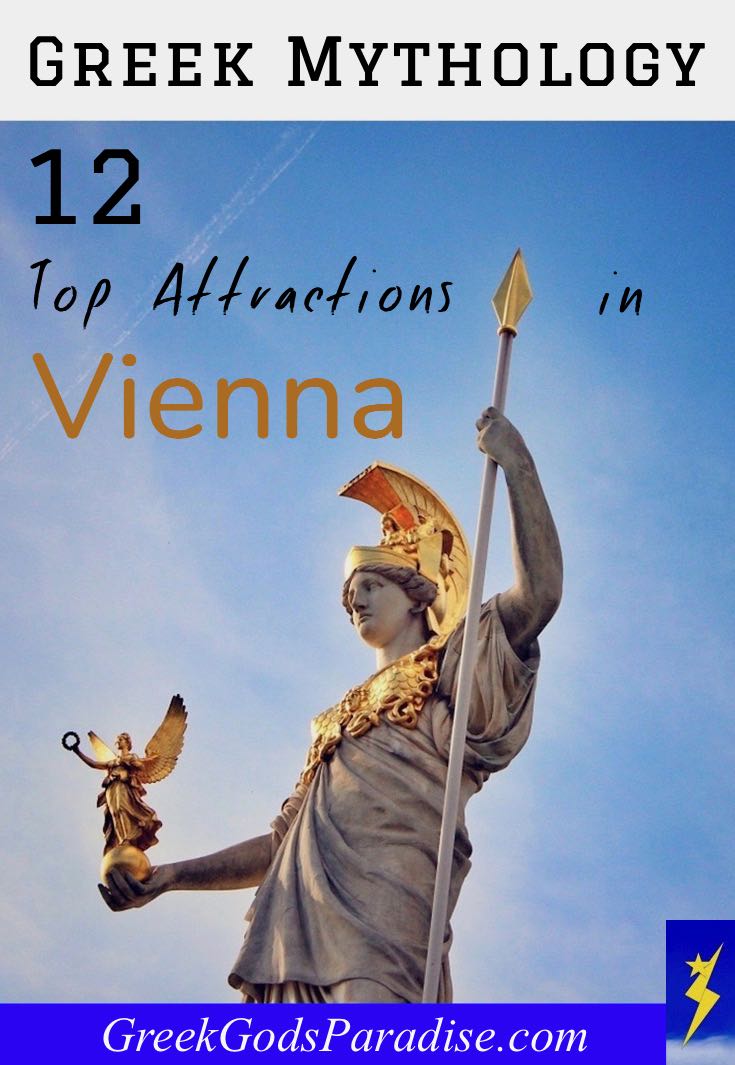 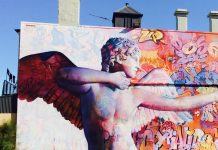 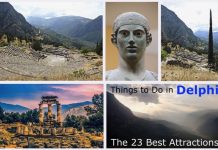