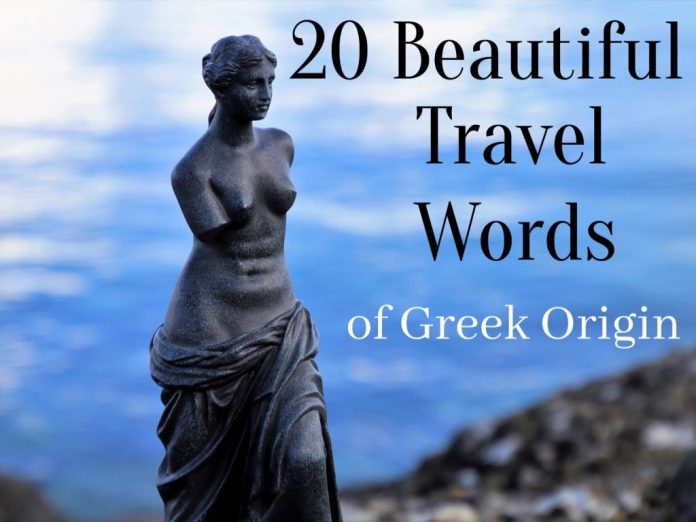 Beautiful travel words of Greek origin inspire and give meaning to all types of travel experiences.

By knowing about these Greek-related travel words, you will, in effect, gain a greater insight into the world of travel, especially when visiting Greece.

All of these beautiful travel words have something special about them.

It could be how a word sounds, the feelings, and wanderlust they inspire, the beautiful images they bring to mind, or some special uniqueness that makes them memorable.

The Most Beautiful Travel Words of Greek Origin

One thing is for sure, this list of the most beautiful travel words with unique Greek origins will expand your vocabulary—which is always a good thing.

I’ve also included another list of travel words at the end of this list (after the 20 most beautiful travel words) that didn’t make it into the top twenty.

The reason for doing this is so you can fully appreciate all the Greek-related travel words I considered for inclusion in this list of beautiful travel words.

It wasn’t easy to settle on these twenty best travel words of Greek origin, but I’m happy enough with the result.

Have a look and see what you think.

A beautiful word that brings to mind a few of the most beautiful Greek Islands, including Santorini, Mykonos, and Crete—to name a few. 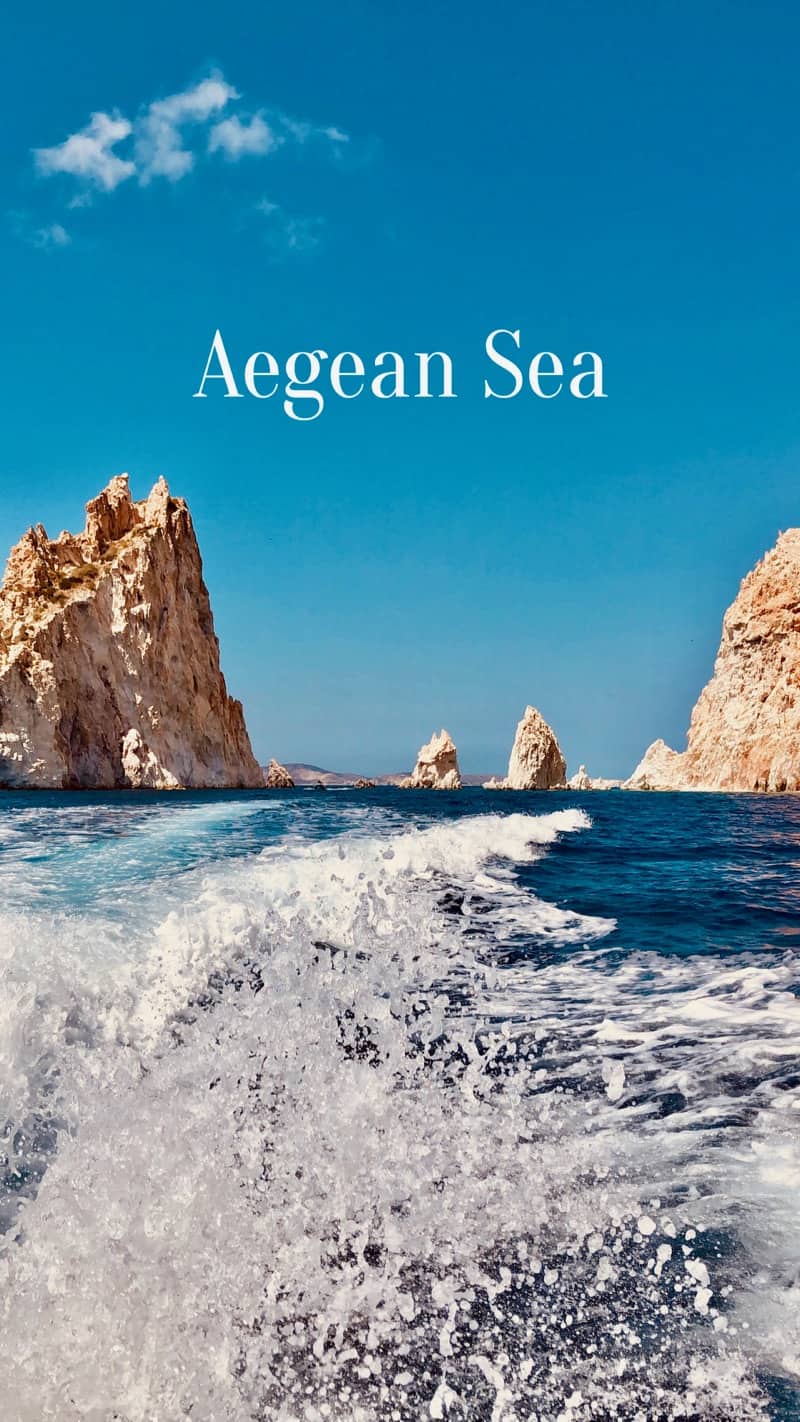 “Happy is the man, I thought, who, before dying, has the fortune to sail the Aegean sea.” – Nikos Kazantzakis.

According to Greek Mythology, the Aegean Sea owes its name to an ancient King of Athens, Aigeas (Aegeas).

Aegeas was the father of the famous Greek hero, Theseus, who slew the Minotaur on the island of Crete.

When returning to Athens, Theseus sailed back to Athens with black sails after forgetting to change the ship’s sails to white ones.

As a result, his father thought it meant that his son hadn’t survived the ordeal. The fateful error led to the King’s tragic death since he decided to end his life by jumping into the sea.

Eventually, the surrounding sea would become known as the Aegean Sea.

Aegean Airlines also took its name from the same source.

The word Athens immediately conjures up beautiful images of The Parthenon.

Most overseas travelers first arrive by plane to Athens when they vacation in Greece. 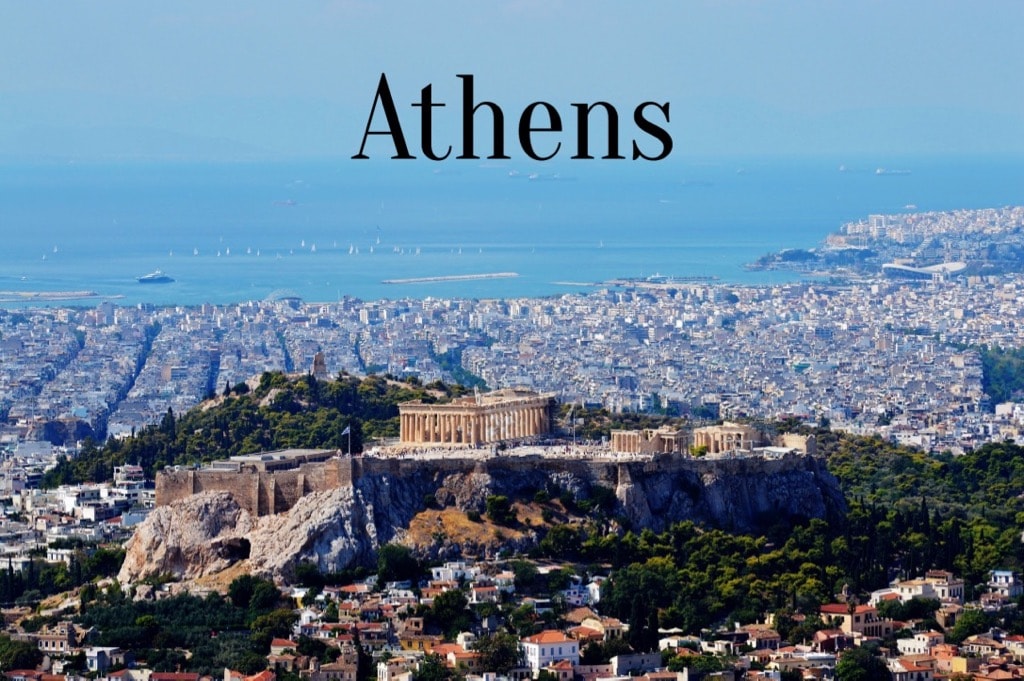 The city received its name from the Goddess Athena.

In Greek Mythology, Athena and Poseidon had a contest to see who would become the patron of the Greek city.

Athena gifted the people the olive tree, while Poseidon made a spring gush forth from rocks.

Athena’s gift was deemed the best of the two by the people, so the city was named in her honor.

I had to include this word as one of the most beautiful travel words of Greek origin.

Athena, the Goddess of wisdom, is also beautiful, as proven by the famous beauty contest between Aphrodite, Athena, and Hera.

It wouldn’t have been smart on my part not to have included Athens in a list of the most beautiful travel words.

An atlas is a collection or book of maps, but it’s also an airline company. 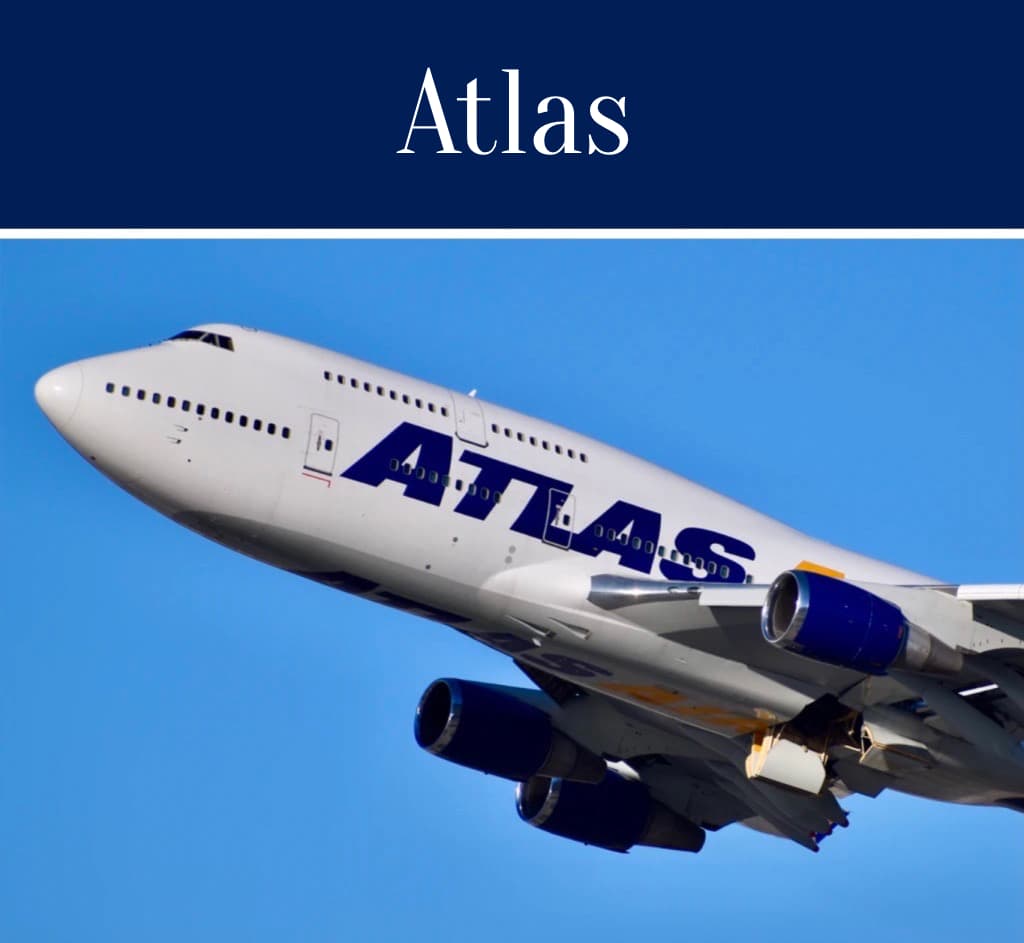 According to Greek legend, Atlas was a Titan condemned to carry the heavens upon his shoulders.

The Titan Atlas is the reason why we can all travel around and explore the world.

Have you ever felt the intense desire for freedom? Well, the word for this feeling is Eleutheromania. 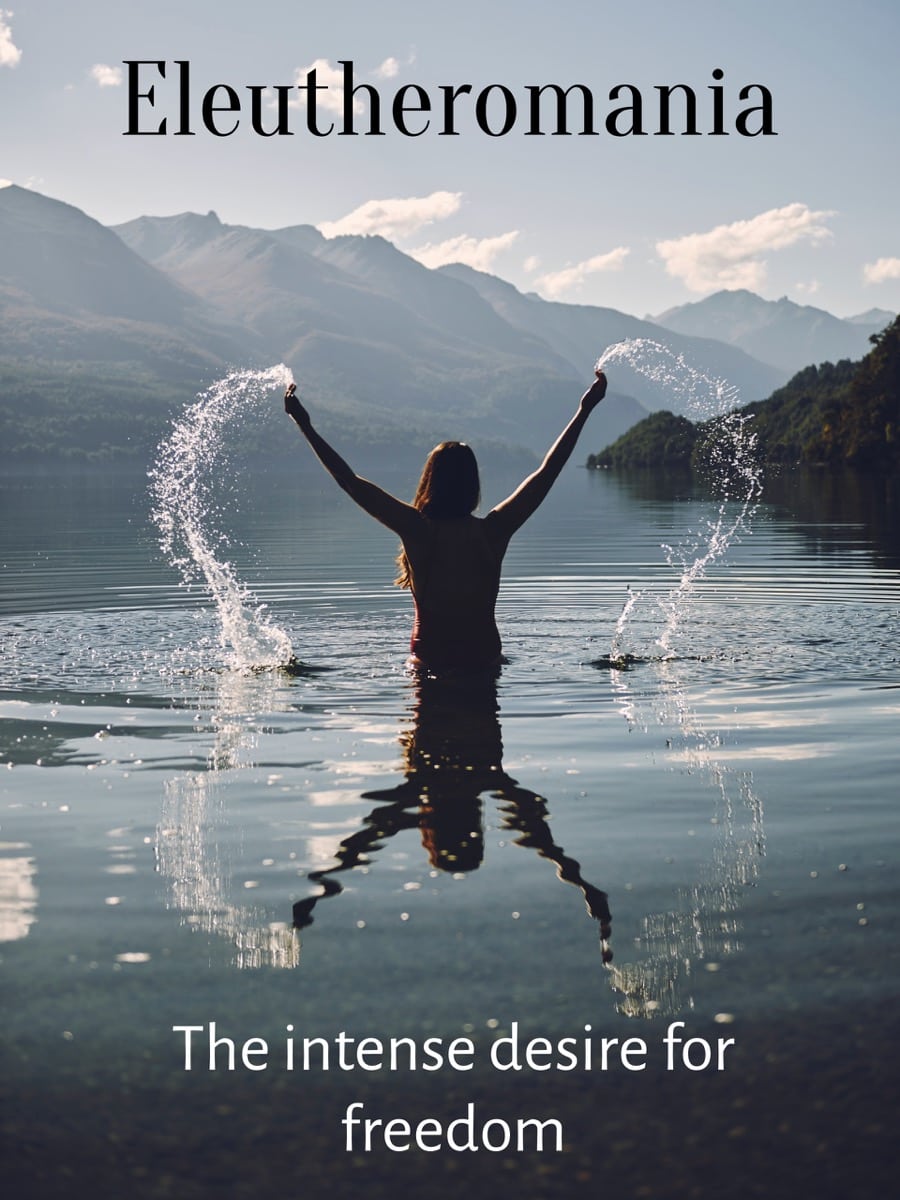 It’s similar to the feeling of wanderlust in different languages. Travel is one way that makes people feel free, and eleutheromania is the desire for that feeling.

It’s another word for Paradise! 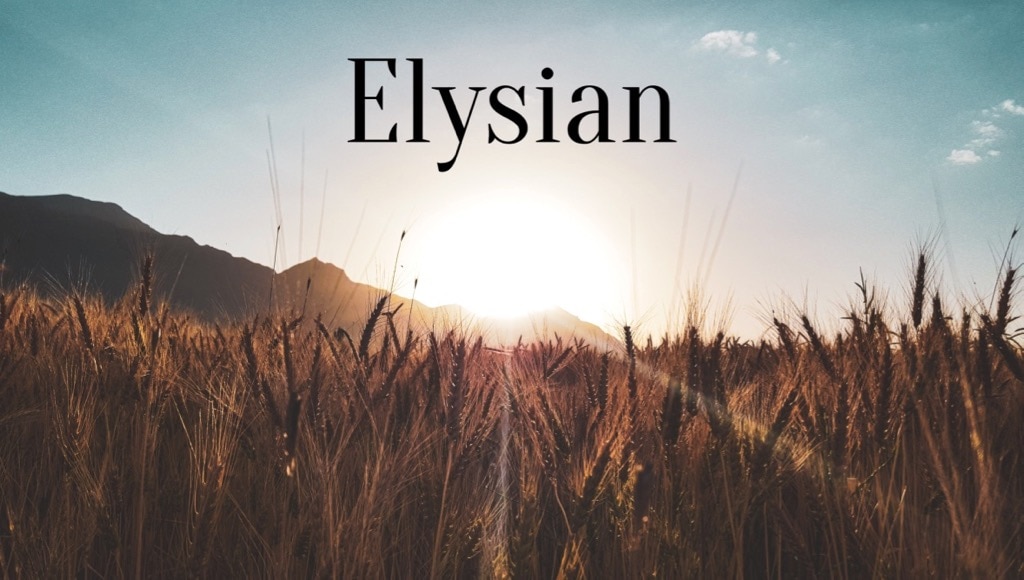 Greek Mythology deemed the Elysian Fields as being a heavenly resting place after death.

It was seen as the go-to-place in the afterlife. Sadly not everyone was allowed entry into Olympus, the home of the Gods.

One of France’s main streets is named after this heavenly abode, the Champs-Élysees in Paris.

The street is famous for connecting the Arc de Triomphe with the Place de la Concorde. Many consider it to be one of the world’s most famous commercial streets.

Elysian has to be one of the most beautiful travel words because everyone wants to end up in paradise one day. At least you can visit it in Paris.

It’s that happy feeling you get when you travel. 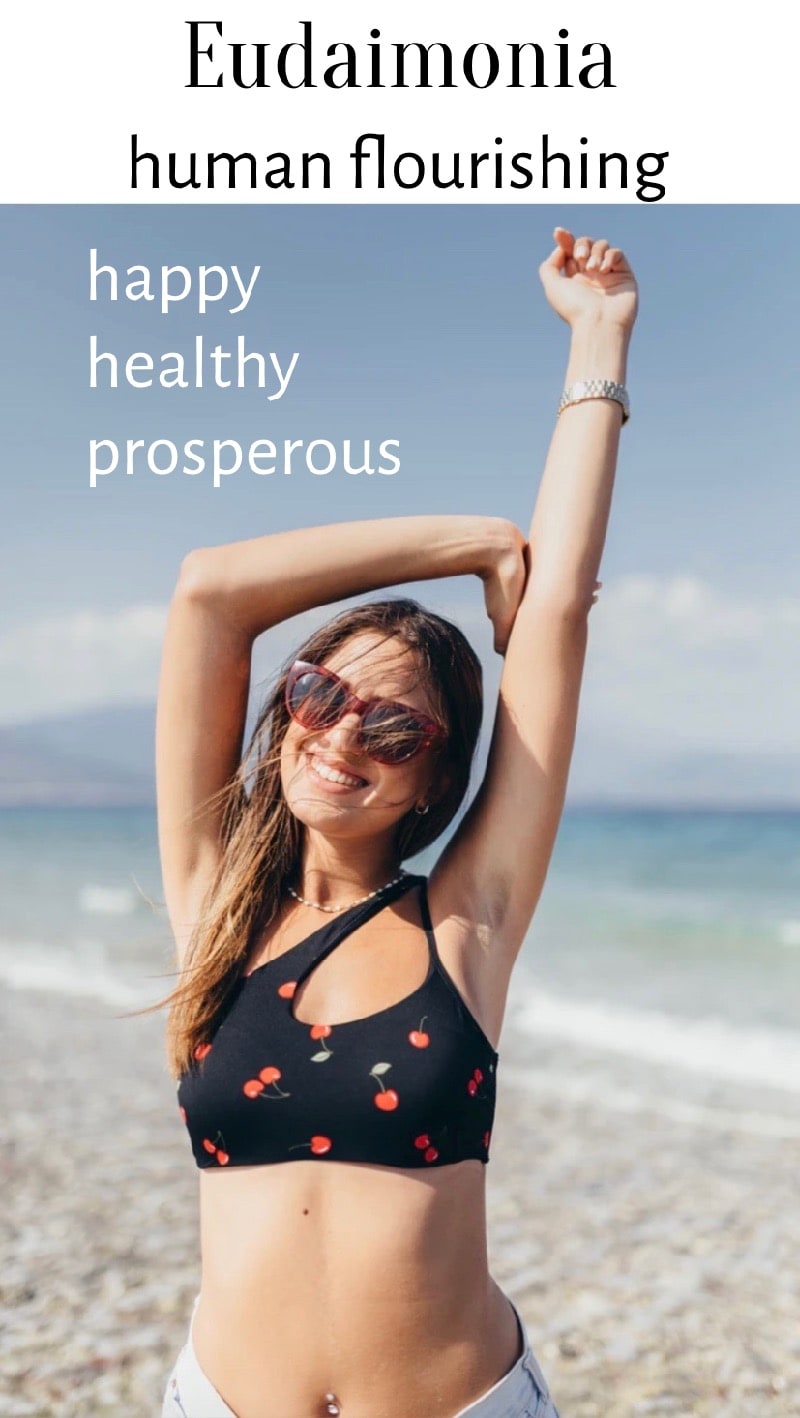 Feeling great when traveling, then the Greek word that describes it is eudaimonia.

It comes from Greek philosophy that has been translated as meaning happiness or well-being.

It has to be one of the biggest reasons why many people love traveling and exploring new places.

Europe is where it’s all at. You have Greece, Italy, and so many other great countries to visit. 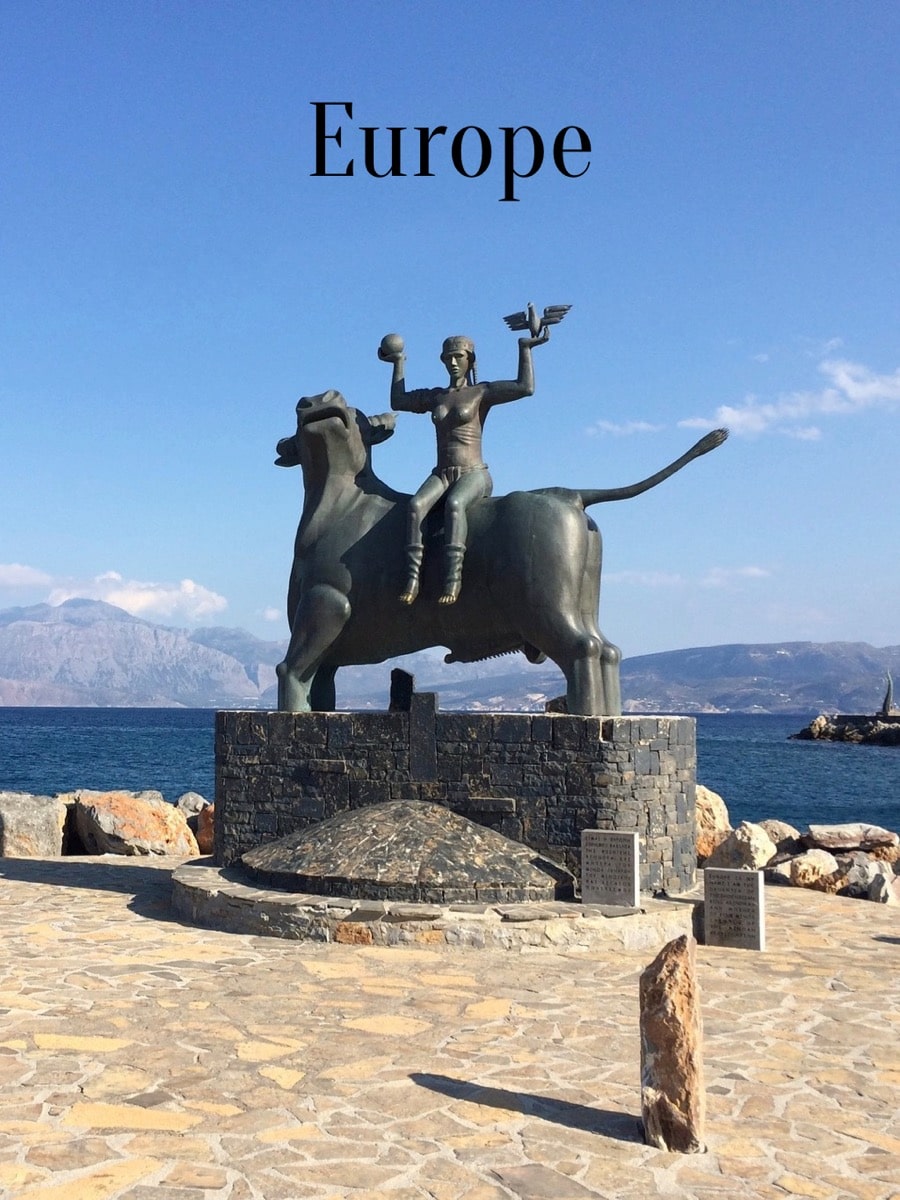 It all started with Europa, the mythological princess who ended up being seduced by Zeus.

Zeus took her to the island of Crete across the ocean after the princess sat on his back while he was disguised in the form of a beautiful white bull.

At the time, she had no idea that it was really Zeus, the king of the Gods.

No one could have foreseen that Europa would bestow her name to a group of countries that would one day be known as Europe.

It has become one of the most sought out travel destinations globally, and it all started with a weird sea voyage of her own. 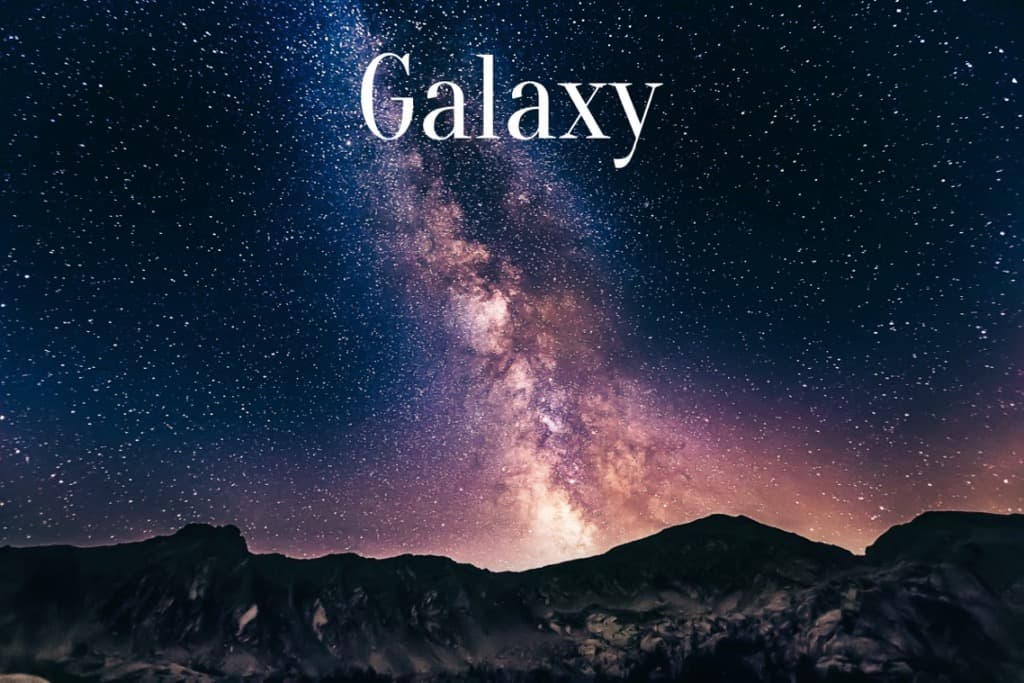 It all started with the Milky Way, which is based on the Greek myth of Heracles, who, as a child, spilled some milk.

The word is derived from the Greek galaxias (kuklos) ‘milky (vault)’, from gala, galakt- ‘milk.’

I thought about it carefully, but I couldn’t leave Greece out from this list of beautiful travel words.

Greece is where many tourists dream of visiting, especially during the Greek summer. 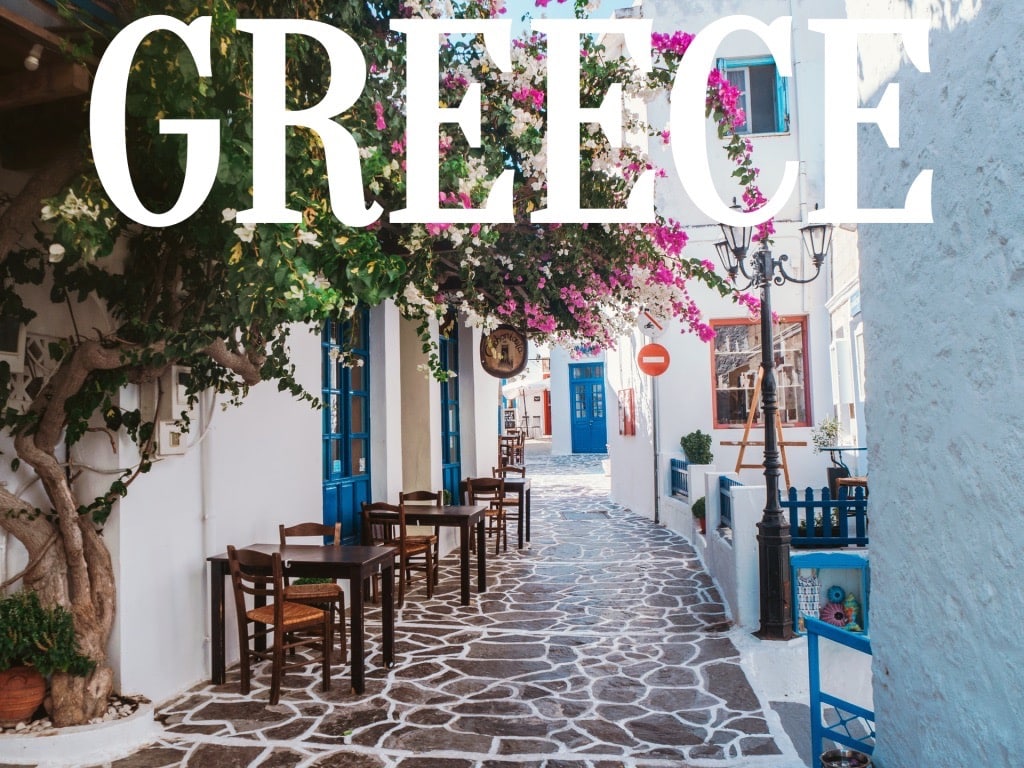 Aristotle used the term “Graiko” as the name for the first inhabitants of the region.

It was later adopted by the Romans and turned into “Graecus,” a Latin word, to describe the people on the land now known as Greece.

If there is one word better than Greece, then it would have to be the Greek Islands. 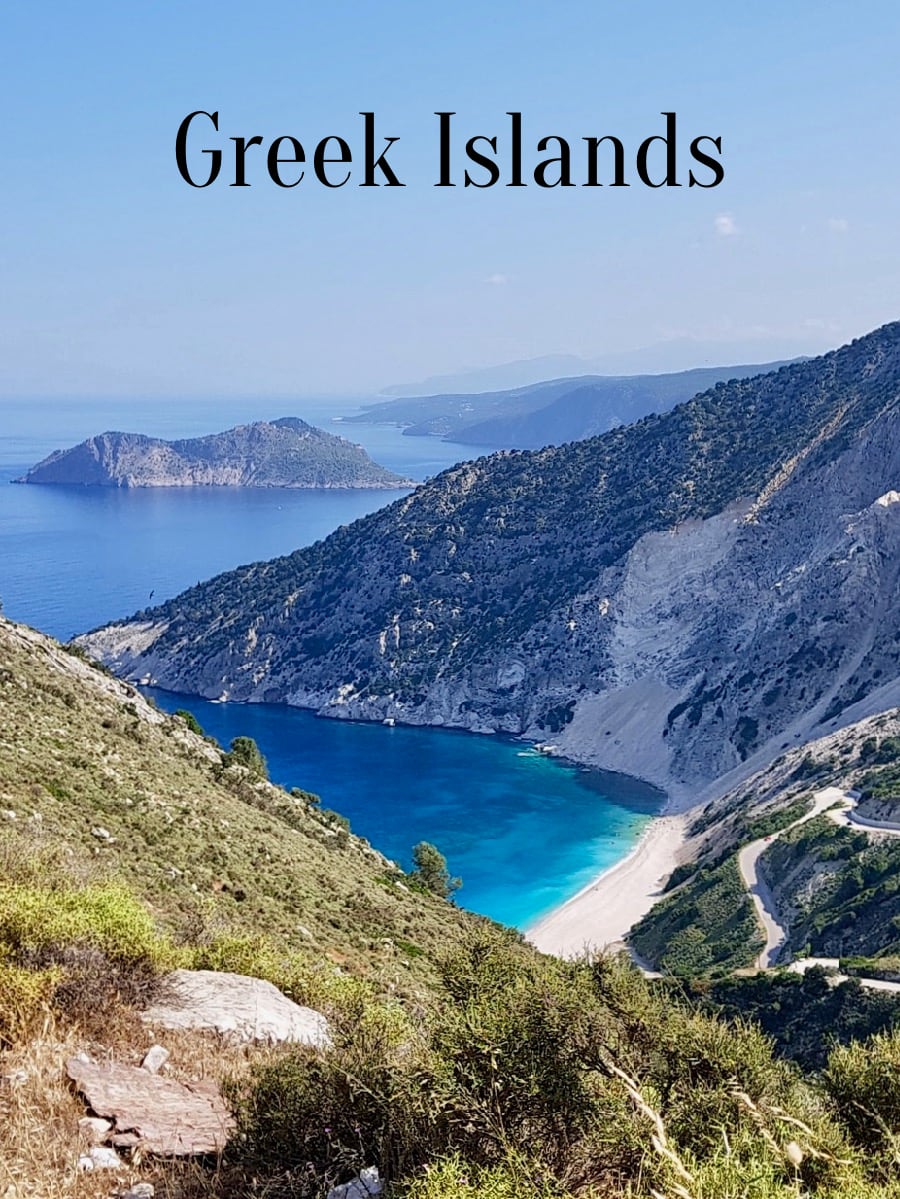 Santorini and Mykonos come to mind immediately when thinking about the Greek Islands.

With 227 inhabited Greek Islands to explore, and the rest, which number from 1200 to 6000 depending on the minimum size you consider, there’s something for everyone.

Once you’ve visited one of the best Greek Islands, you’ll be hooked forever.

The English word “halcyon ” describes an idyllically peaceful and perfect time that occurred in the past. 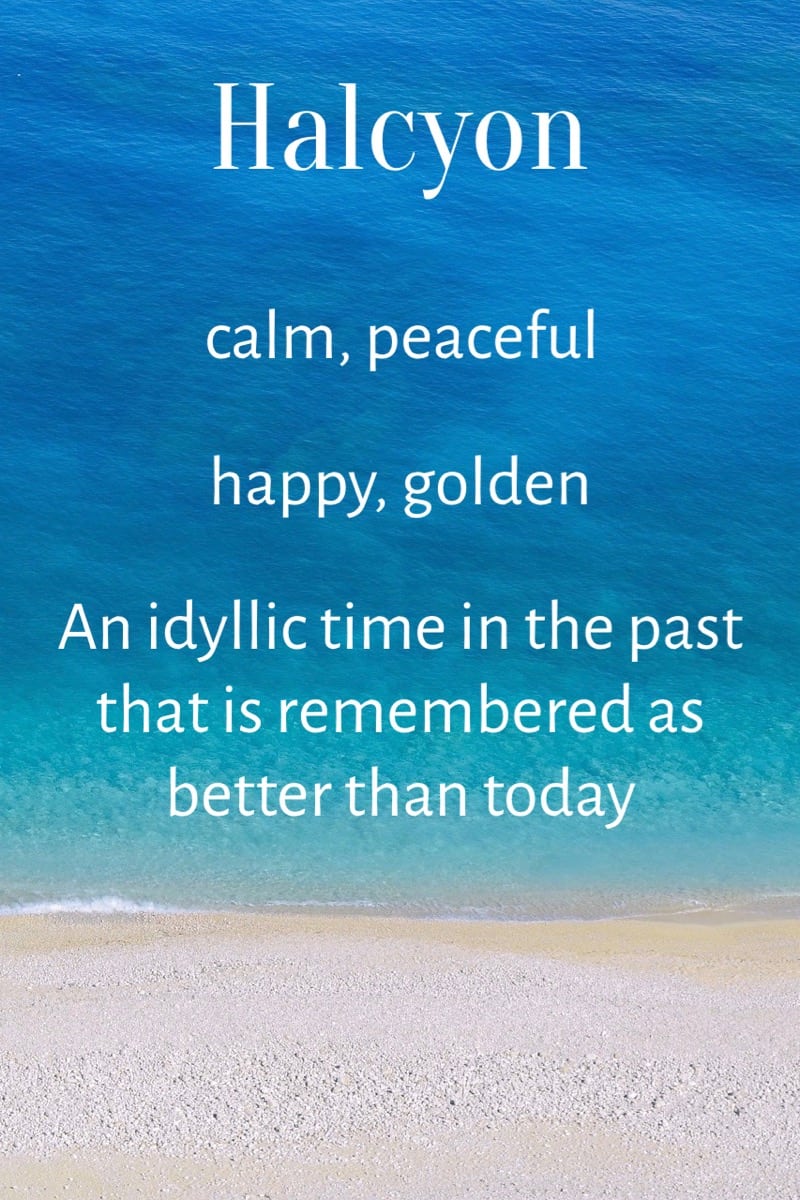 A halcyon was a legendary bird in Greek Mythology that made its nest on the Aegean Sea. As the daughter of Aeolus, the god of winds, the bird possessed the power to calm the rough winds and waves.

The name of the God of travel deserves a place in the most beautiful Greek travel words for obvious reasons. 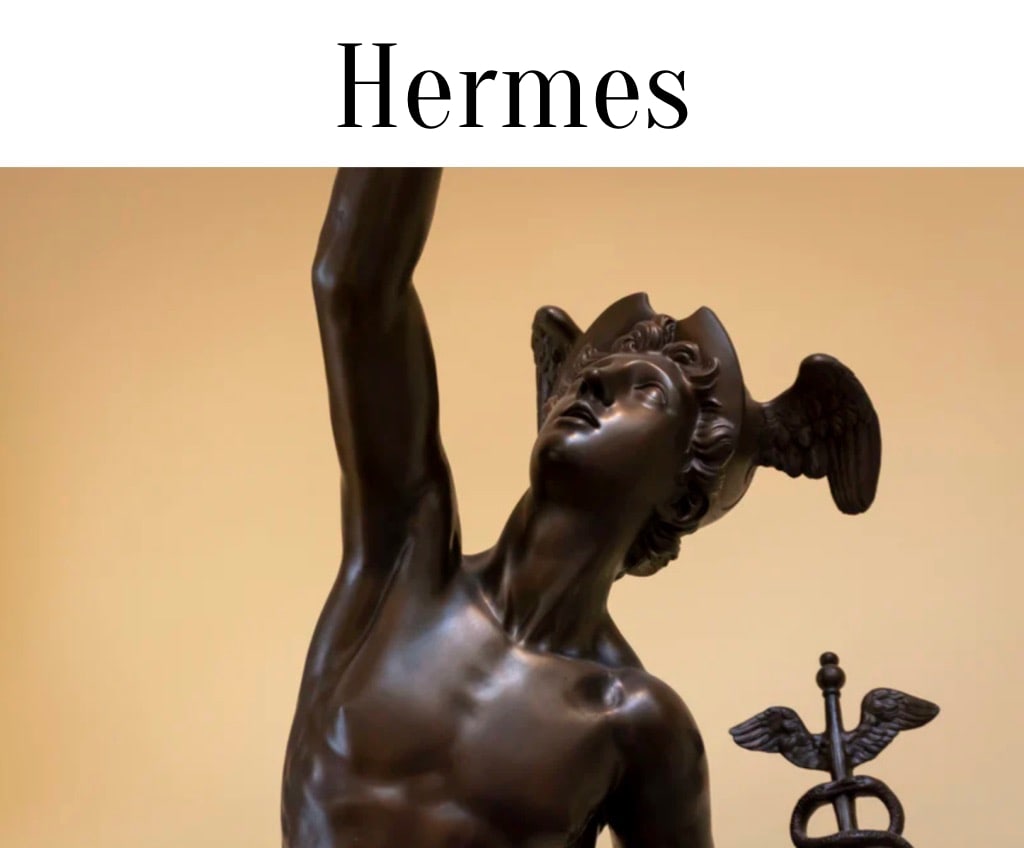 If you love to travel, you can consider yourself a Hodophile. 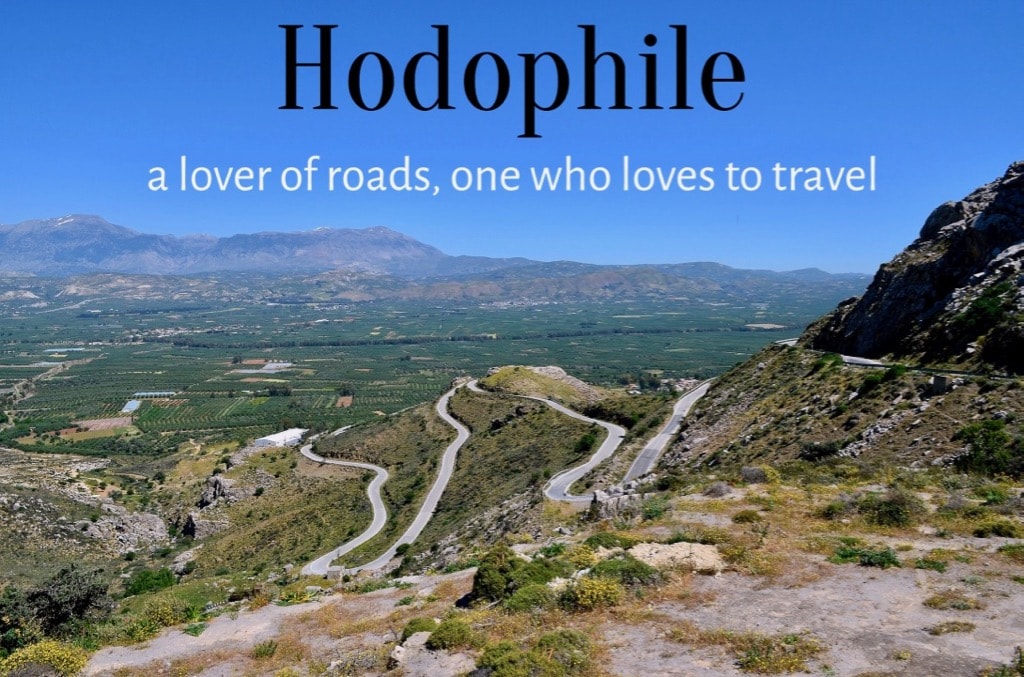 A lover of roads, one who loves to travel.

This word is derived from Ancient Greek ὁδός (hodós), which means travel.

How can a relatively unknown Greek Island be one of the most beautiful travel words?

Well, it’s all due to one of the most beautiful and famous travel poems of all time. 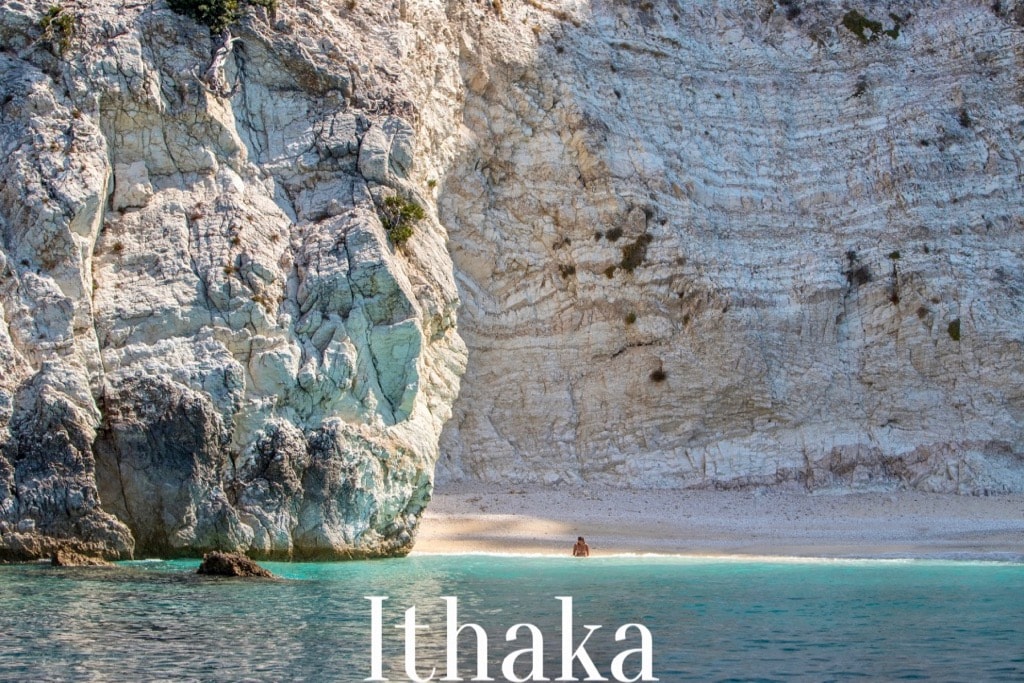 As you set out for Ithaka
hope your road is a long one,
full of adventure, full of discovery.
…

In ancient Greek times, the most famous journey would have to be the one described in Homer’s epic poem “The Odyssey.” 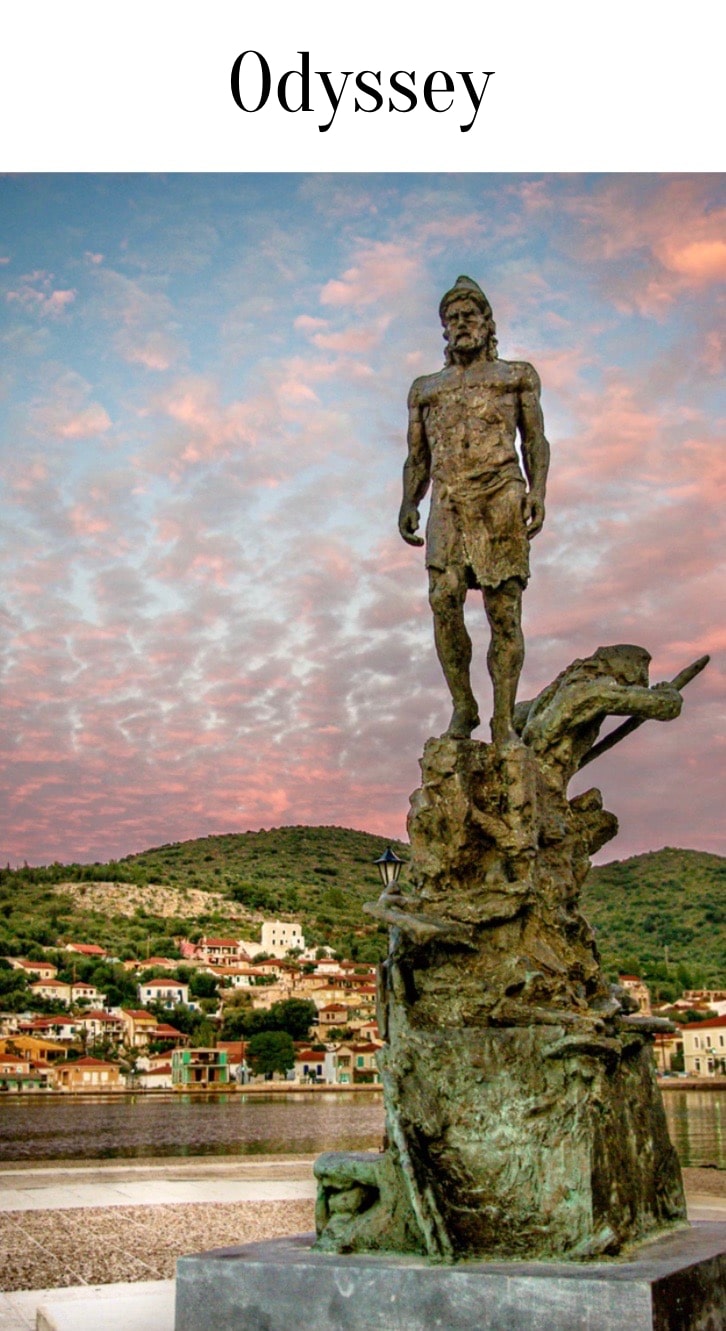 It took the Greek hero Odysseus ten years to return home after the Trojan War had finished.

Someone who wanders from place to place, living a nomadic existence. 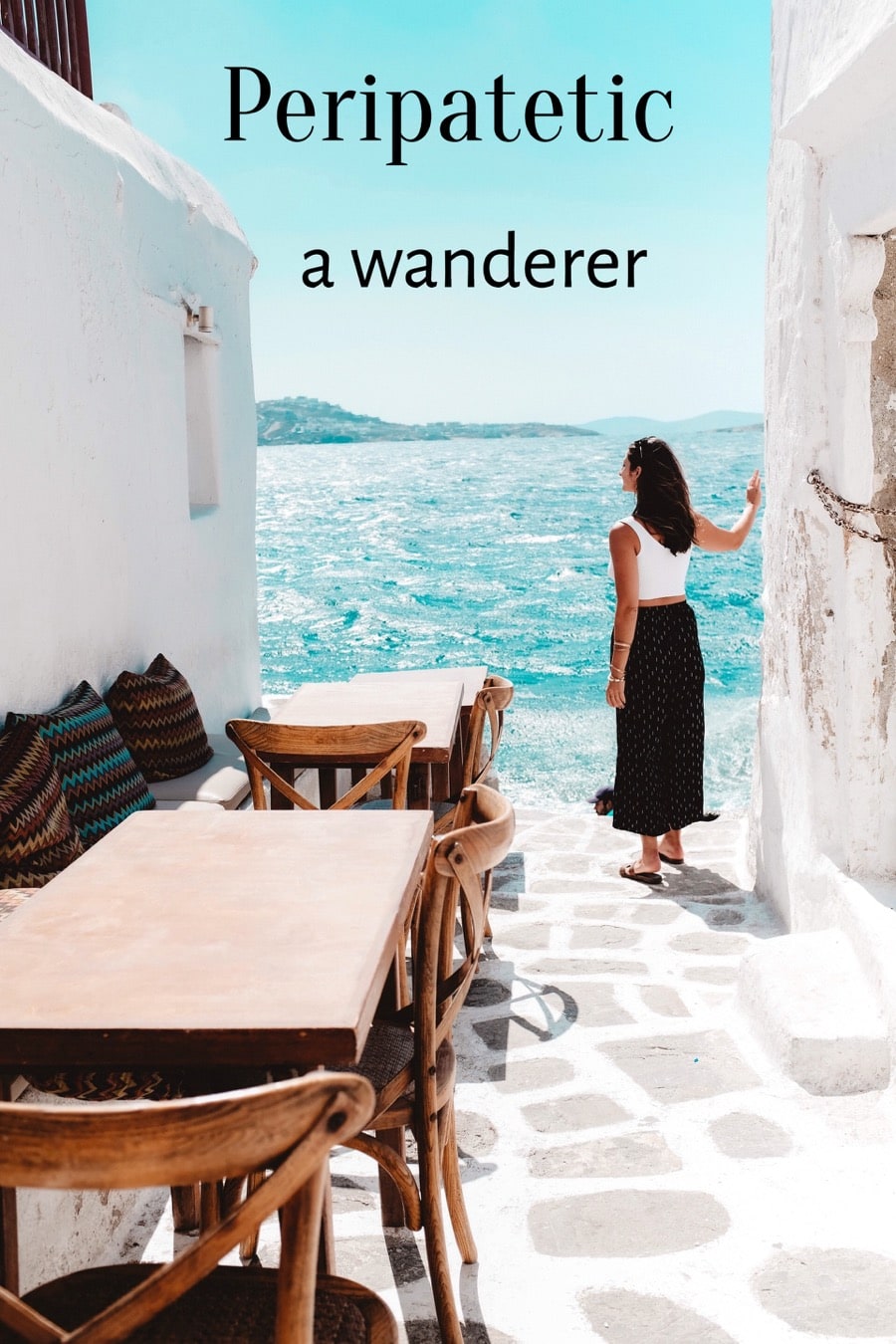 This word is traced back to the time of Aristotle and his followers. The philosophers often walked around peripatos (covered walk in the Lyceum) where Aristotle held his lectures.

It comes from the Greek word peripatētikos. From peripatein, meaning “to walk up and down.”

Beautiful images of Santorini are often used in advertising and tourist brochures to get you thinking about taking a trip to Greece. 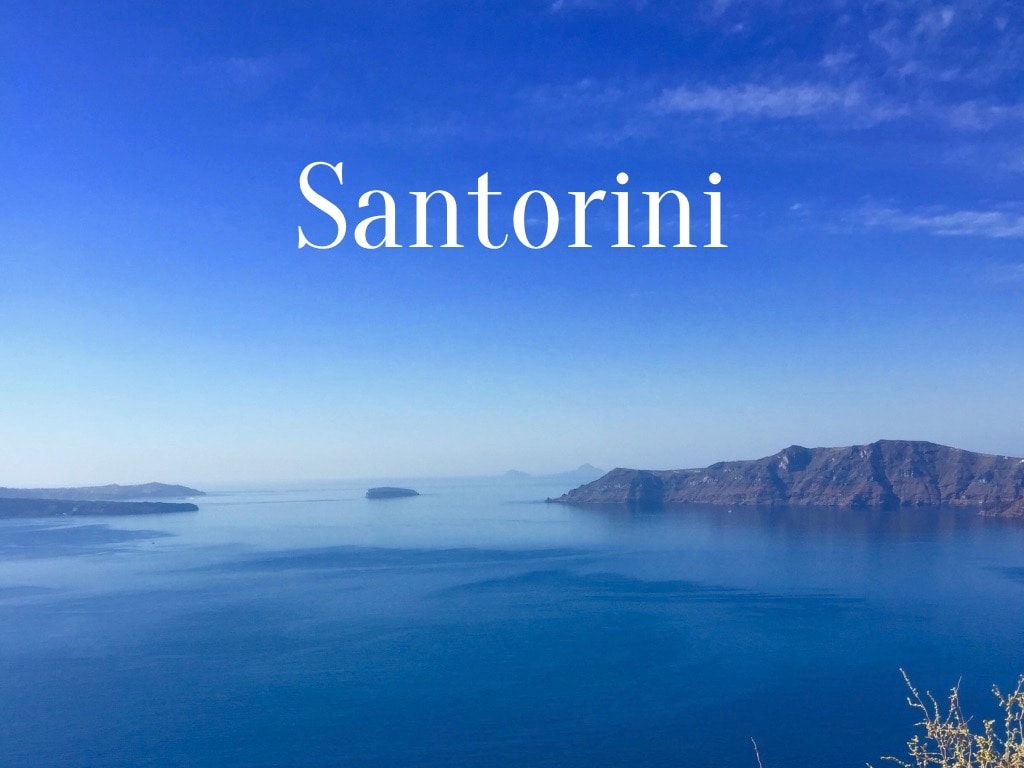 Ok, so it’s not a Greek word, but the island is in Greece, and it’s the most beautiful Greek Island in my opinion, so here it has to be.

If you ever felt like saying to hell with it, then you may be surprised to know that there’s actually a word for it. That word is strikhedonia. 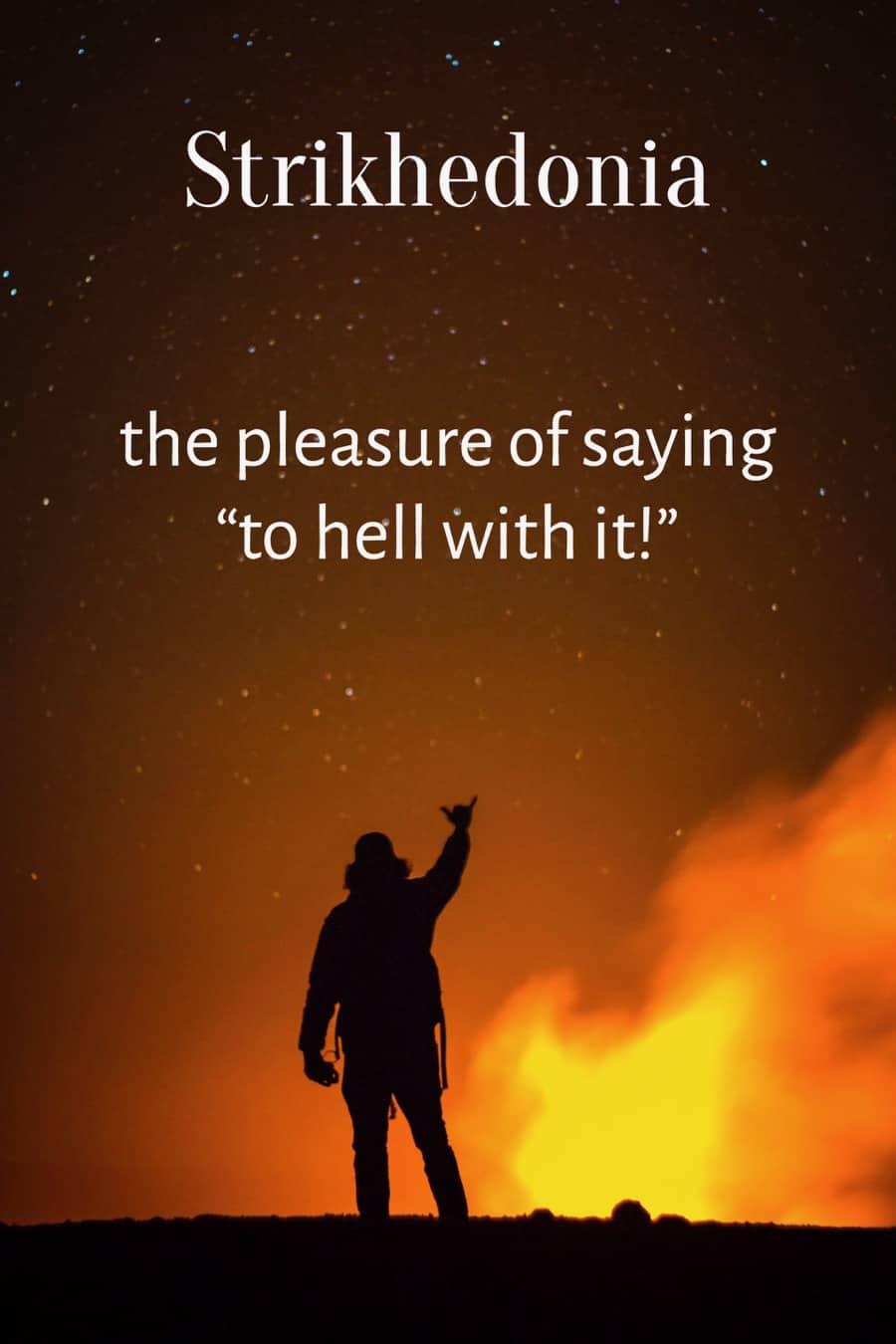 It’s a popular Greek word associated with travel! That’s because many travelers and bloggers have done such a thing. To hell with it! I’ll quit my job and go traveling.

Obviously had to come from the Greeks.

For all of you beach lovers out there, this is what you are, a Thalassophile. 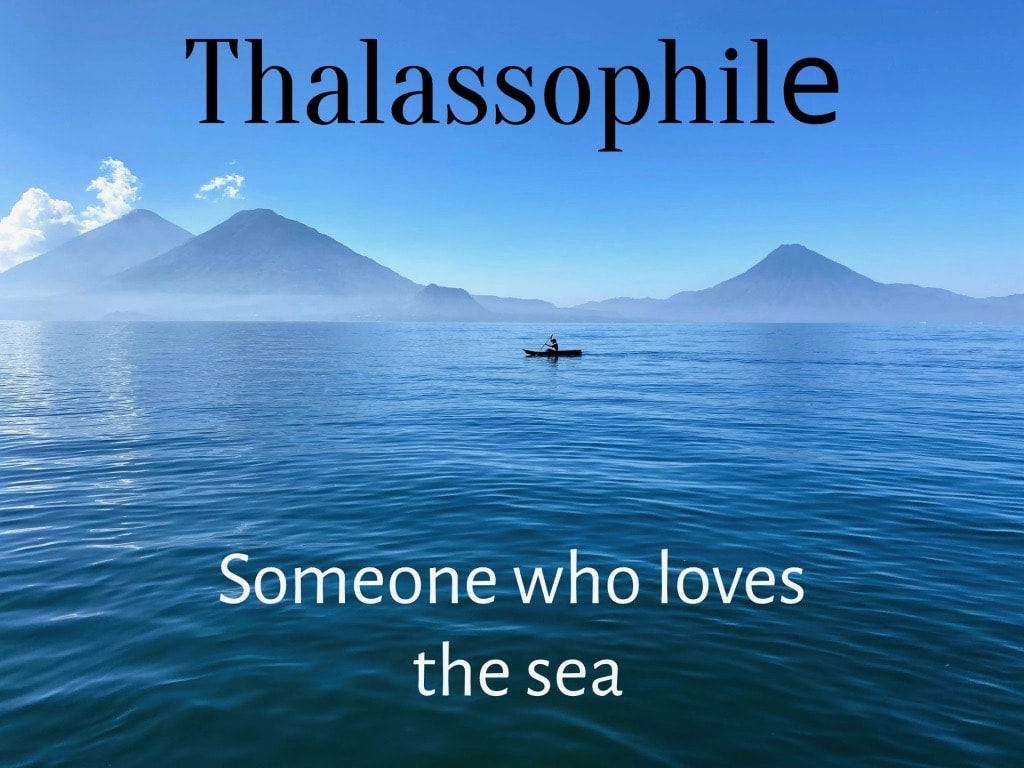 Someone who is attracted to foreign peoples, foreign cultures, manners, and/or customs. 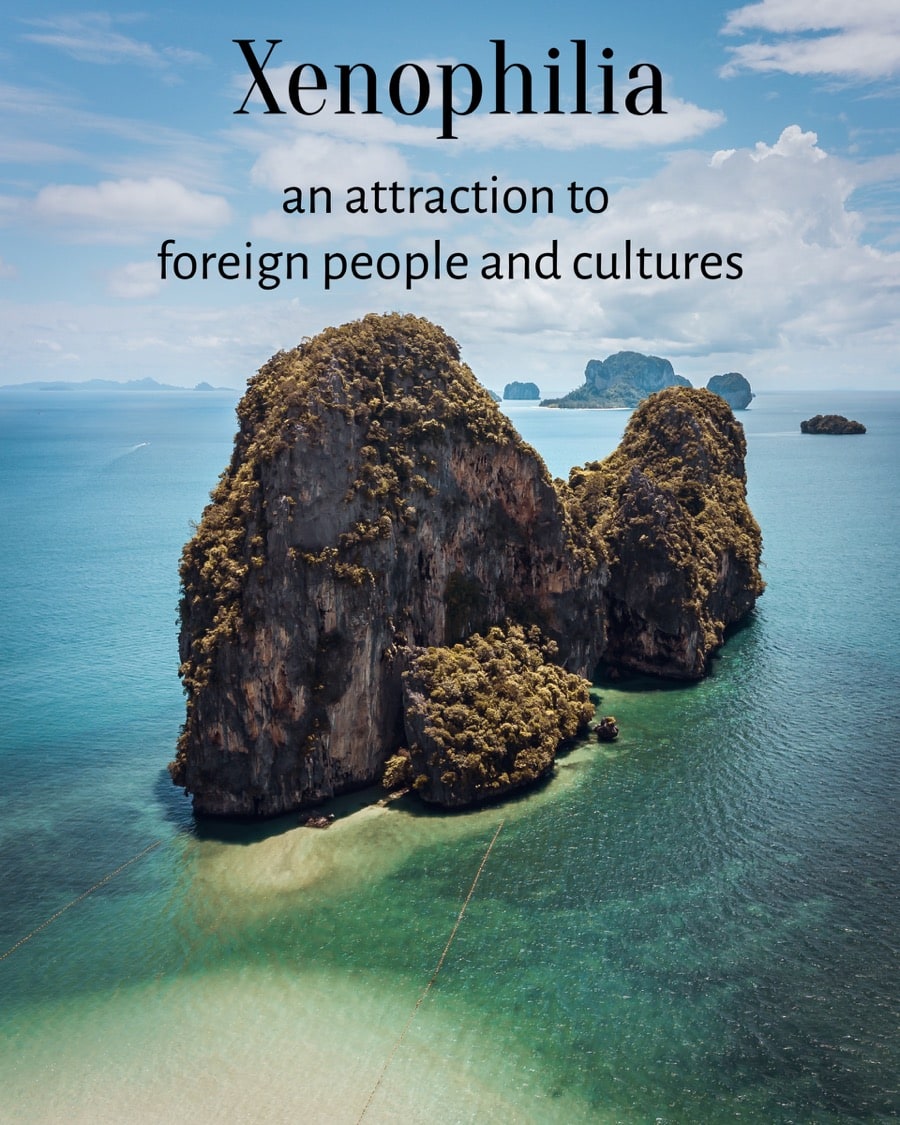 It’s the reason why so many of us pack our bags to go traveling. Foreign things make travel experiences so much more interesting.

This unique travel word comes from the Greek “xenos,” meaning “stranger, unknown, foreign,” and “philia,” defined as “attraction or love.”

The beauty of this word is that it has the opposite meaning of being a Xenophobe.

Xenophobe describes a person that dislikes or is prejudice against people from other countries. No one wants to be known as a Xenophobe.

For this reason, I include Xenophilia as one of the most beautiful travel words.

Travel Words with Greek Origins that missed out

Acatalepsy – the idea that it is impossible to understand anything, which includes travel experiences.

Anemoia – a nostalgic sense of longing for a past you yourself have never lived. Maybe you were born in the wrong time period, or maybe you love something about a certain decade in time, like the music.

Aragma – The act of chilling. When the Greeks say ‘pame gia aragma spiti sou, ‘it means ‘let’s go chill at your place.’

Cosmopolitan – can be traced back to Pythagoras, who first used the Greek word kosmos to describe the order of the universe.

Iris – Goddess of the rainbow.

Meraki – putting a part of yourself (your soul) into what you’re doing with complete focus and love.

Museum – from the nine Muses who presided over the arts and sciences.

Music – literally means the art of the Muses.

Nemophilist – lover of the woods.

Philoxenia (Filoxenia) – literally translated as “friend to the stranger” / hospitality.

Taxidi – the Greek word for trip or journey.

I’m sure you would have learned a new word or two for this extensive list of beautiful travel words. 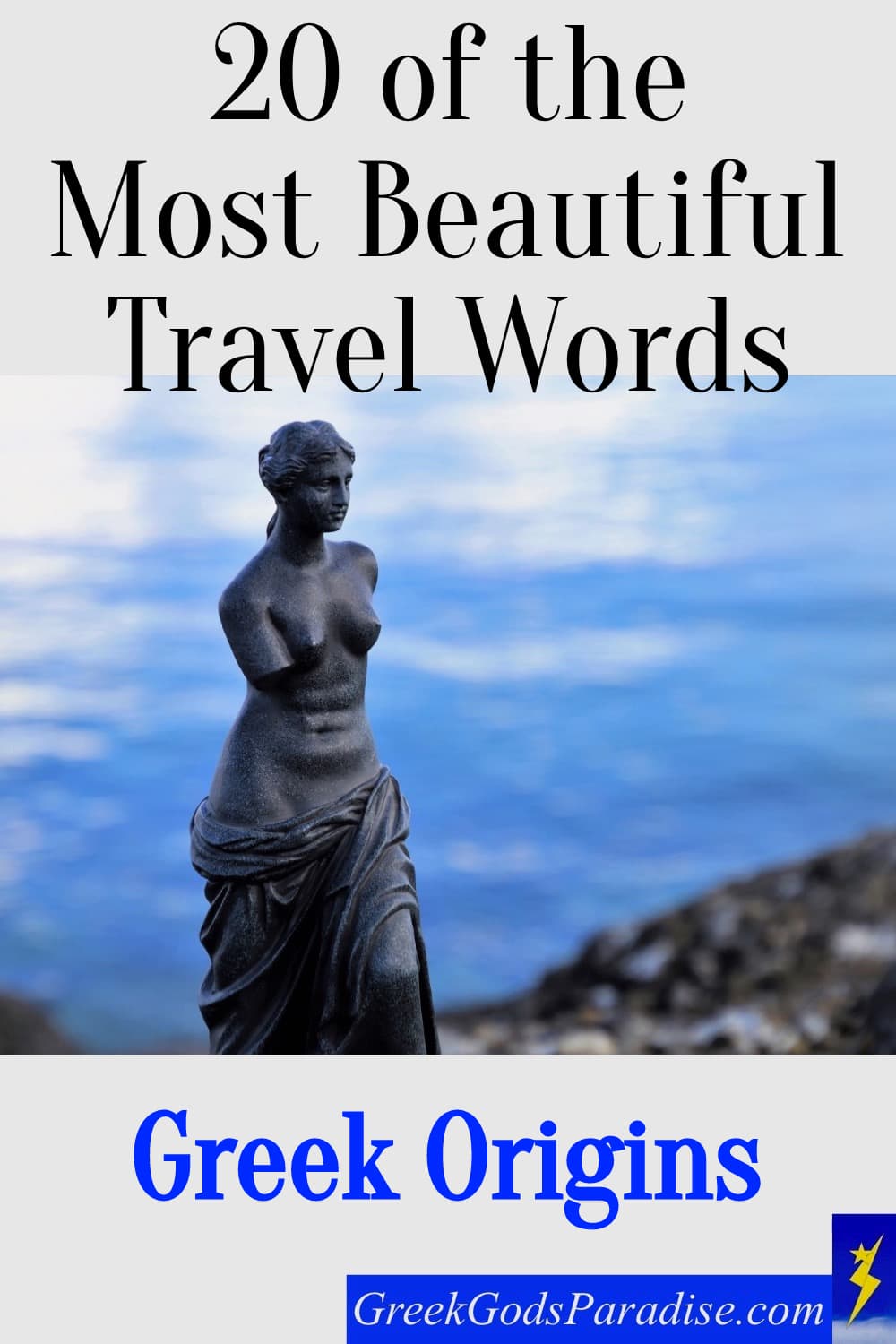 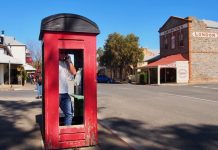 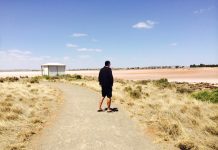 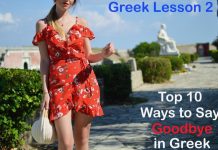