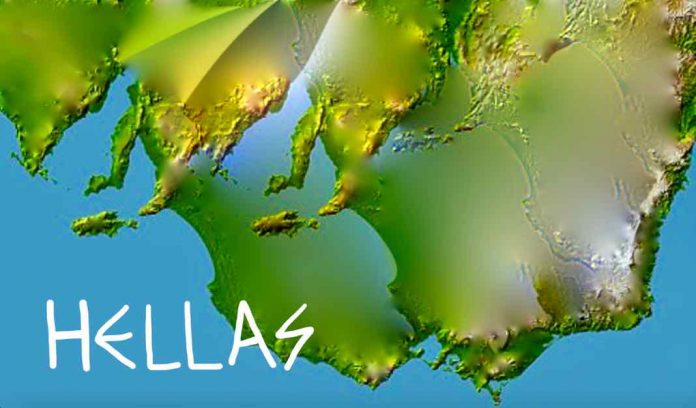 Greece is pretty close to Italy.

Did you know that there’s a slice of Greece in Australia? South Australia has a mysterious piece of land that resembles the shape of Italy, as you can see in the green blurry image.

Australia is known as the Land Down Under.

Melbourne is home to the largest number of people with Hellenic descent in the southern hemisphere.

Melbourne is close to this mirage of Italy in South Australia.

Athens is the capital of Greece.

Melbourne is the capital of Victoria.

Greece has a region called Macedonia.

Victoria has Macedon and Mount Macedon.

Macedonia is north of Athens.

Macedon is north of Melbourne.

The Greek islands are very popular with gorgeous women.

I wonder if the Goddess Delvene Delaney has ever spent time on a Greek Island?

Is this some sort of bizarre alternate weird universe created by the Greek Gods?