Home Greek Gods and Mythology The Muse of Travel – Be My Travel Muse? 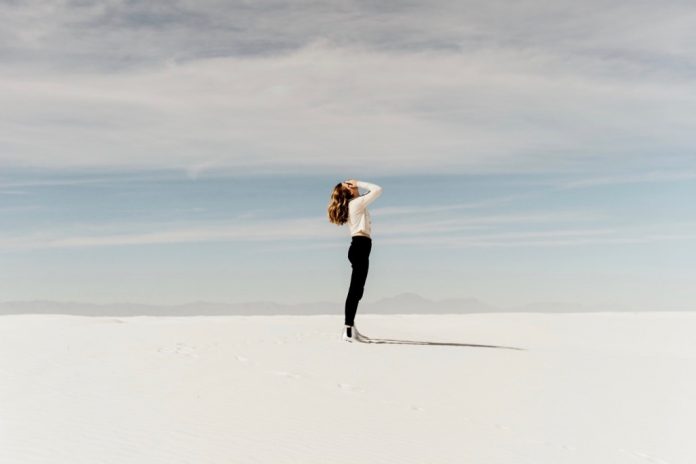 In ancient Greece, a Muse of Travel didn’t exist, but nowadays, things are different.

Today, we know for a fact that there are at least two females with Muse connections.

Both of these ladies use the word Muse to describe themselves. Plus, they have inspired travel, so you can’t deny the existence of a Muse of travel.

One of these content creators I’m thinking about is Kristin Addis, who established the hugely popular Be My Travel Muse brand.

The other Muse is Nathalie Basha, who created The Travel Muse YouTube channel.

Nathalie started off her channel as a Travel Muse, but she later switched focus to food.

Could one of these two beauties be a Goddess?

In this post, I’m going to focus on Kristin Addis to see what I can uncover.

Be My Travel Muse and Apollo

What I found to be unbelievable is that Kristin Addis from Be My Travel Muse actually went by the name Ava Apollo for a while.

To have Apollo in her name means that she must have had some respect for the Greek Gods.

Using a name such as Ava Apollo may have been used as an alias, but one thing is for sure, she definitely wanted to be linked to Apollo, the God of light.

You can see the Ava Apollo name for yourself in Be My Travel Muse blog comment replies made before December 2012.

Past interviews for Be My Travel Muse on other websites also bring to light the Ava Apollo name.

It seems as if she changed her name to Kristin Addis in December 2012 for some reason.

Maybe she had a falling out with Apollo.

I don’t know why she ended up changing her name or why she used Ava Apollo as her name/alias in the first place. I’m probably never going to find out why either.

Apollo and the nine Muses go way back, so I’m positive Apollo must have helped her out in some way.

The thing that really sucks is that I wanted to interview Kristin Addis in November 2020.

Unfortunately, I didn’t receive any reply from Kristin. Strangely enough, I did receive a link to one of my posts shortly afterward with a Doctor Strange tag to it.

I’m not saying that Kristin did it, but it seems weird to have something like that happen at about the same time as when I was waiting for a reply.

At that time, I didn’t know anything about the Ava Apollo connection at all. I only discovered it by chance a few days before writing this post, about six months later.

Learning about this fact is what actually inspired me to write about her regardless of doing an interview.

I have copied the email I sent to her exactly as it was sent, though I have included a couple of sub-headings to separate the email and make it easier to read.

These three sub-headings are Questions, Apollo, and Thanks.

The title Interview Request was placed in the email’s subject heading, as shown below.

I admit it’s not the best email I could have sent. I’m disappointed that I didn’t check it more carefully, but I still think it deserved a written reply.

I wonder what you think?

My name is John and I am working on a website called Greek Gods Paradise.

I am a big fan of yours, and for this reason I would really love to do an interview post about you and Be My Travel Muse.

I’m only a tiny nobody at this point, but I have big plans down the track, so I hope you will consider it.

I know your time is precious but it shouldn’t take too long to answer some questions that I have. It would be much appreciated.

If you’re ok with it, I hope you can answer the questions below.

Be My Travel Muse Interview (this will be the post title)

It is with great honour to be interviewing Kristin from Be My Travel Muse. Kristin happens to be one of the most inspirational travel bloggers in the world, and to tell you the truth I’m desperate to know more about this fascinating woman.

I have reached out to her, and by luck or the Greek Gods she has accepted my interview request.

Kristin, thank you so much! This should be very interesting:)

Questions – Be My Travel Muse

Kristin, first tell us about how you came up with the name Be My Travel Muse?

Are you inspired by Greek mythology, and if so what is a favourite Greek myth of yours?

Have you ever watched the movie Xanadu starring Olivia Newton-John, and if you have are you a fan of the film? Tell us the truth.

Greek Gods Paradise loves movies. What are three of your favourite movies? They don’t have to be travel related.

Can you remember the first time the travel bug bit you? Where did it make you want to go?

It’s great to see that you have visited Greece. Is there a memory of you in Greece that you will treasure forever?

Is there any Greek Island that stands out to you as being a fantastic dream destination, where you’d love to stay for a month and why?

Can you tell us about your favourite beach in the whole world and what makes it so special?

Italy or Greece, which is your favourite country and why? Don’t worry, it doesn’t matter if you don’t say Greece.

What are some of your favourite meals that you have had during your travels? Is it worth going there just for the food?

Can you think of one destination in the world that blew your mind? Like it was so unexpected at how awesome you found the place to be. It could be a country, city, town, attraction, island, beach, volcano or whatever.

Lots of guys don’t read many books. If you could recommend just one travel book as an awesome read, which one would it be? For instance, I would recommend Together Alone by Ron Falconer, an amazing adventure that takes place in the South Pacific.

Apollo – Finding out the truth

Now for a tough and tricky question. If the Greek Gods and Goddesses really did exist, which God or Goddess do you like the most?

Thanks – The Muse of Travel

To find out more about Kristin and her adventures make sure you visit: Be My Travel Muse (with a follow link to your website) (or tell me if you prefer a nofollow link).

The other thing I would like to receive from you is 3, 4 or 5 photos that I can use in the post with you every photo. It doesn’t matter how old they are. My preference would be any photos of you in Greece, or the Greek Islands. Alternatively anywhere in Italy. Any photo that suits one of the answers provided would also be desirable.

If you have any photos of you next to anything that is related to Greek/Roman Mythology that would be a big bonus (like a fountain or something). A photo of you at the beach anywhere in the world would be awesome, or anywhere in paradise. Basically any beautiful photo with you in it.

I know this may seem like a waste of time on your part, but I hope you can help out the little guy on occasion. It won’t happen if I don’t ask, so I’m giving it a shot.

It would be great to hear from you with a reply such as you’re happy to do it and you’ll get back to me when it’s done with a rough date of when I can expect it (no rush), or alternatively letting me know that you are declining the interview request.

Whatever you decide, I wish you all the best.

So that’s how Greek Gods Paradise got rejected by Be My Travel Muse.

Why am I sharing this with you? It teaches a couple of important lessons.

First, always use Grammarly to check any written correspondence. You often only have one chance to make a good impression.

Secondly, don’t think for a minute that anyone takes Greek Gods Paradise seriously or me for that matter. They don’t!

Maybe I should have sent an interview request to Nathalie Basha from The Travel Muse. I wonder what her reaction would have been. 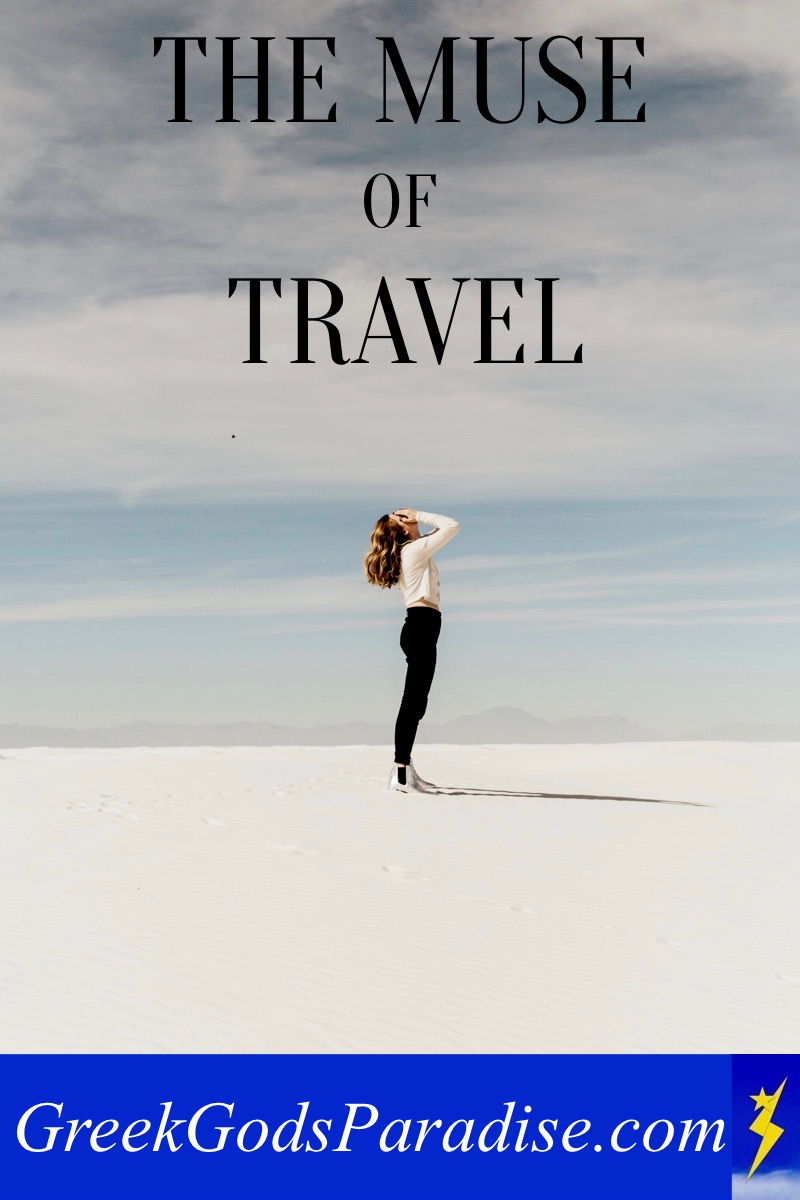