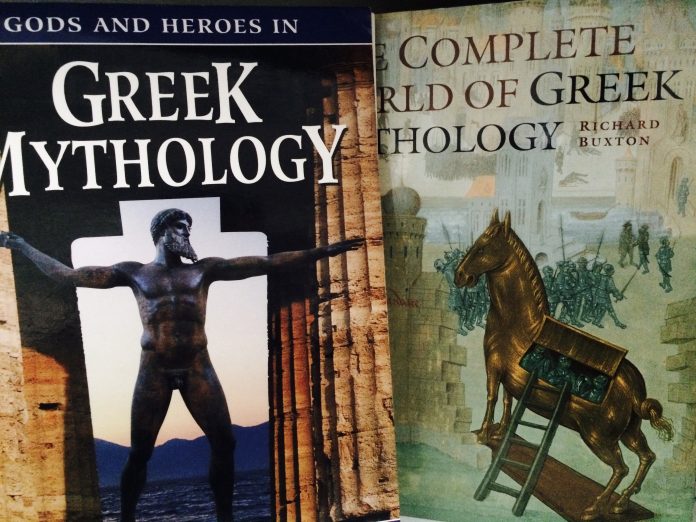 The books listed here are some of the very best references we have in regard to Greek mythology and legend. If you haven’t read a few of of these books and you’re over 16 years of age, I recommend you do so immediately.

Many of these books will enlighten you with the glorious mystical past of ancient times. They’ll make you wonder at the pictures displayed on ancient pottery and mosaics. Then you’ll probably come to realise that these myths survived because of their extreme importance. They had to be visually preserved. Who on earth would believe the unbelievable myths otherwise?

Unfortunately, there are so many great books on Greek mythology, that I’m positive there are even better books in existence than the ones shown here. If you’re lucky, you may even know of them already. No matter though, as these fabulous books will be able to fulfil the intellectual curiosity of most maturer minds anyway. The wonders of Greek myth and legend are waiting for you in these great books.

Tales from the Odyssey

Further reading for those of you who need to know everything:

The Homeric Hymns – Once attributed to Homer

Metamorphosis – Ovid (verse rather than prose)

Star Myths of the Greeks and Romans: A Sourcebook – Theony Condos

The Library of Greek Mythology (a.k.a. the Bilbliotheca) – by Apollodorus

The Power of Myth – Joseph Campbell

The Wisdom of the Myths: How Greek Mythology Can Change Your Life – Luc Ferry

The Helmet of Horror: The Myth of Theseus and the Minotaur – Victor Pelevin

The Night Life of the Gods – Thorne Smith

The King Must Die – Mary Renault

The Penelopiad: The Myth of Penelope and Odysseus – Margaret Atwood