Home Entertainment 22 Wine Movies and Scenes for Lovers of Dionysus 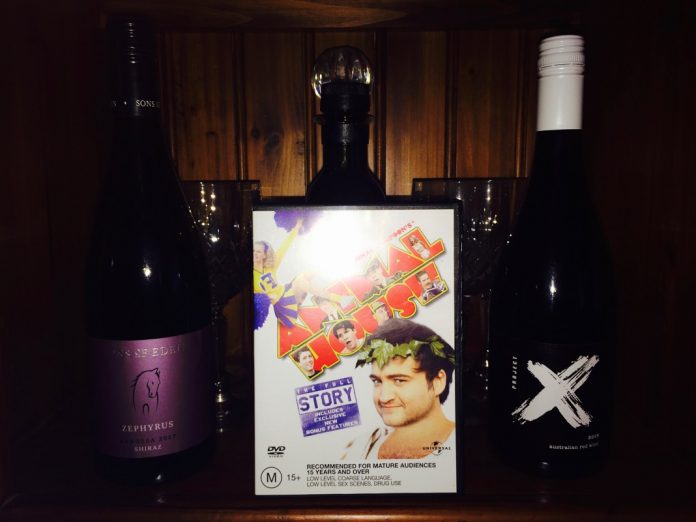 Let’s give thanks to Dionysus (Bacchus), the Greek God of wine, for all of these top wine movies and film scenes with wine associations.

If you’re in the mood for some good entertainment while you relax with a glass of wine in hand, then there’s something special for you here to watch.

I have everyone covered. You’ll find romantic wine movies, funny wine movies, plus fantasy movies, with some films that even fall into the category of Greek mythology.

Most of these 22 wine movies and film scenes fall under one of these three popular film categories, but there are a few surprises in store.

Watching one of these wine movies could even inspire you to visit a famous wine region one day.

You can read about my own incredible trip to the Barossa Valley Wine Region in this post.

I came across Dionysus (Bacchus), the God of wine, and Aphrodite, the Goddess of love – as well as Ares and even Zeus! You should definitely check it out at some stage.

Wine movies aren’t as popular or memorable as Greek mythology movies, but after giving it some thought, I was flooded with wine scenes from some of my favorite movies.

I even found a film scene in the movie Class where Aphrodite, the Goddess of love, makes an appearance in the background. What a surprise! I had no idea about it until I had a closer look at the film scene.

It’s a top-secret message from the Goddess of love. You can read all about it under Class. I’m pretty sure it’s a Greek Gods Paradise exclusive.

Now let’s get started. Here are some of the best wine movies and wine film scenes of all time.

More champagne, and then the unthinkable happens. 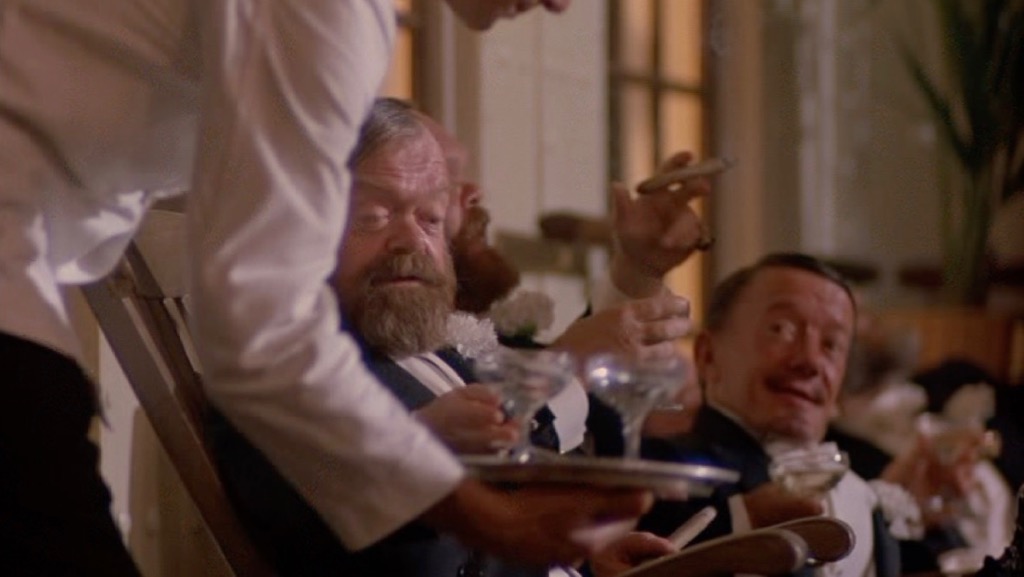 By the way, never talk down Greece, because if you do, you never know whether Poseidon (Neptune), God of the sea, will hear about it.

The battle of wits is one of the most interesting scenes in this epic fantasy adventure. 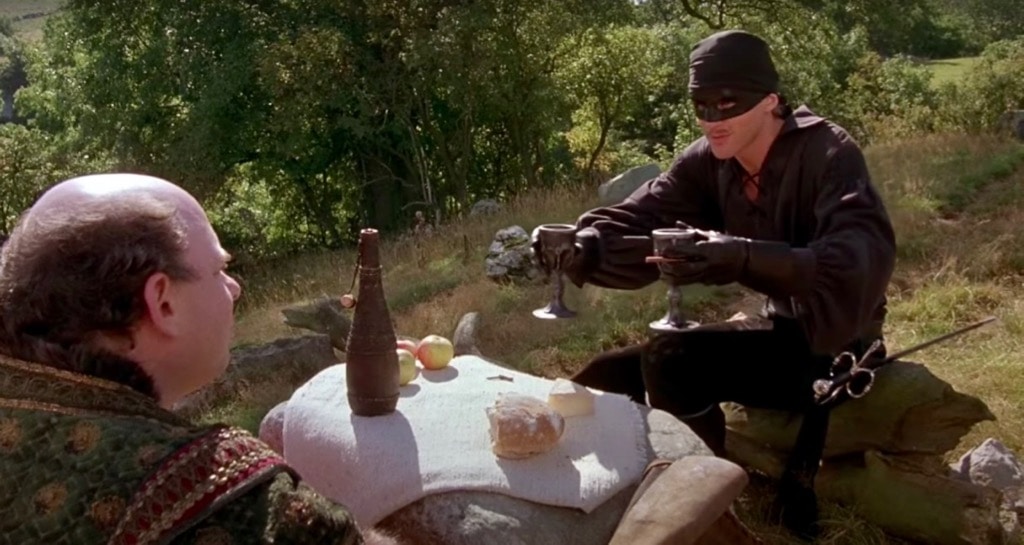 Choosing a cup of wine has never been so dangerous in all of cinema history.

Greek mythology movies with wine scenes got me thinking about Ulysses straight away.

Ulysses – the Roman name of Odysseus – blinded the cyclops by getting the one-eyed giant drunk with wine. 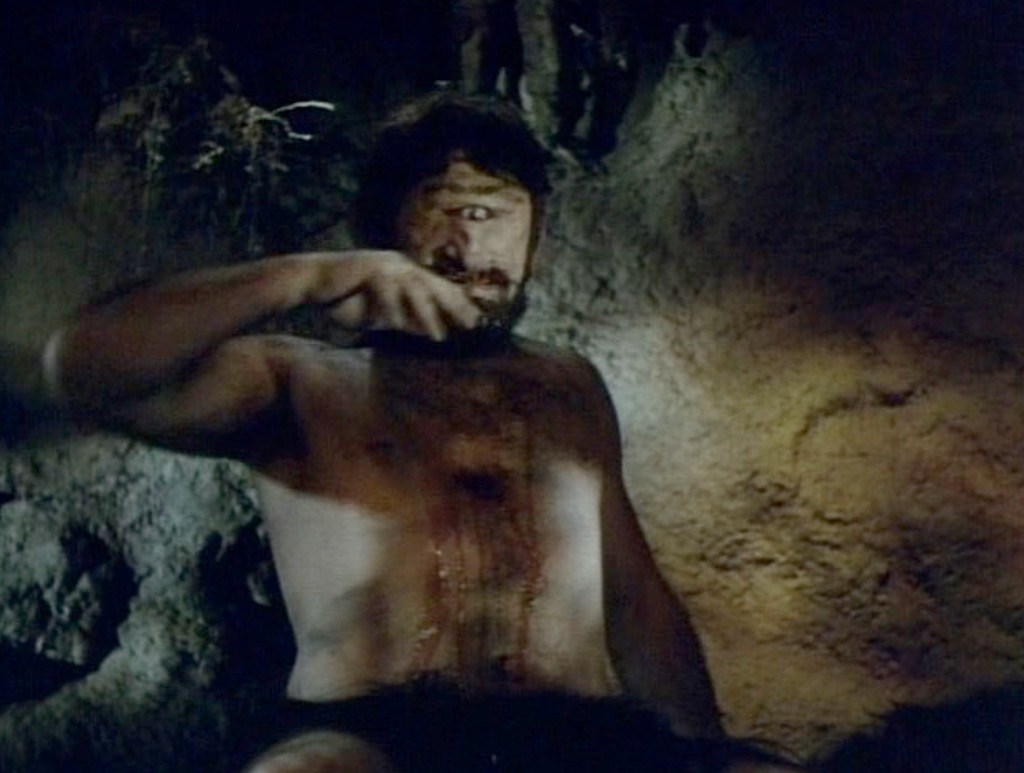 It’s almost as if Dionysus, the God of wine, aided in the escape of Odysseus and his men.

I have to admit I totally forget about Dionysus in this follow-up movie to Percy Jackson and the Lightning Thief. 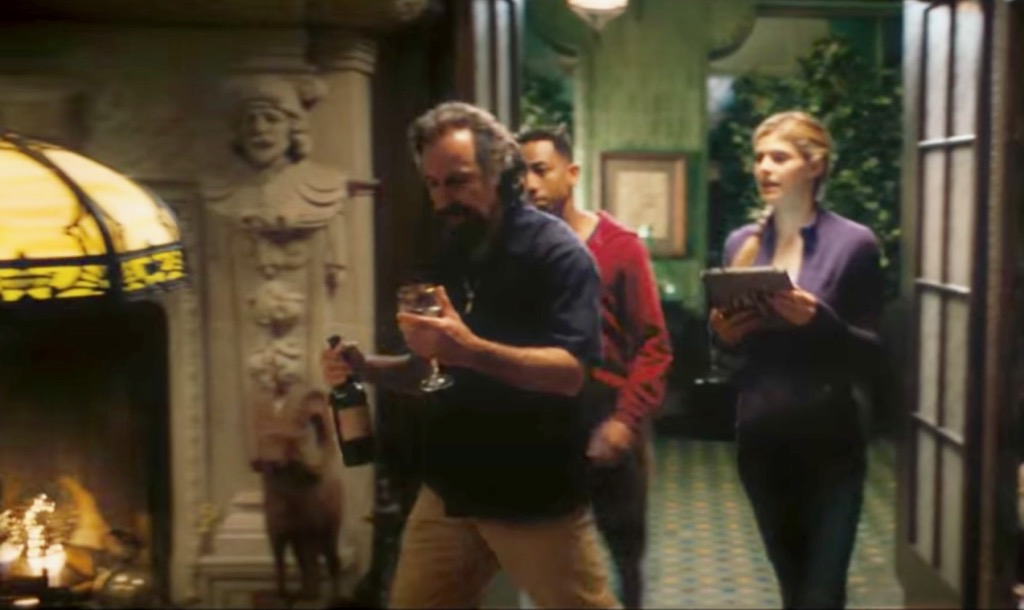 I’m so glad I wrote this post. Now I have to watch Percy Jackson: Sea of Monsters again.

This is probably one of the most popular wine movies to watch, but for some reason, I’m not too fond of the film.

You’re probably wondering why I included this wine film in this list if I don’t like it? 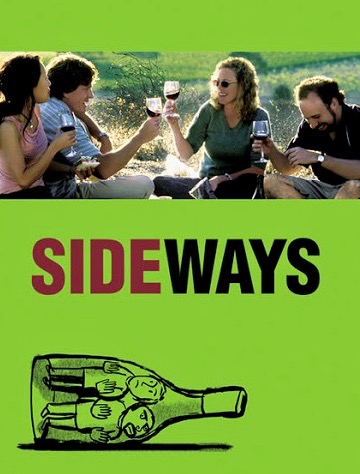 Well, I don’t want to look as if I’m some unsophisticated blockhead who knows nothing about wine. Since everyone else seems to love it, I have to include it.

Now for a movie I really like. Bottle Shock is much more to my taste.

It’s based on a true story of the Judgement of Paris, which is how a wine tasting contest between wines from the Napa Valley in northern California and French wines became known. 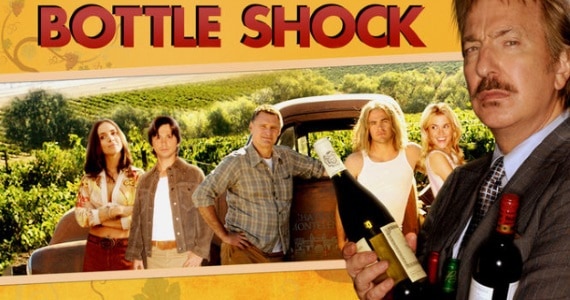 The Judgement of Paris was a beauty contest in Greek mythology. However, in Bottle Shock, it is a wine contest that takes place in Paris.

I’ve seen this movie several times, but I never remembered this wine tasting scene with the Eiffel Tower in the background. 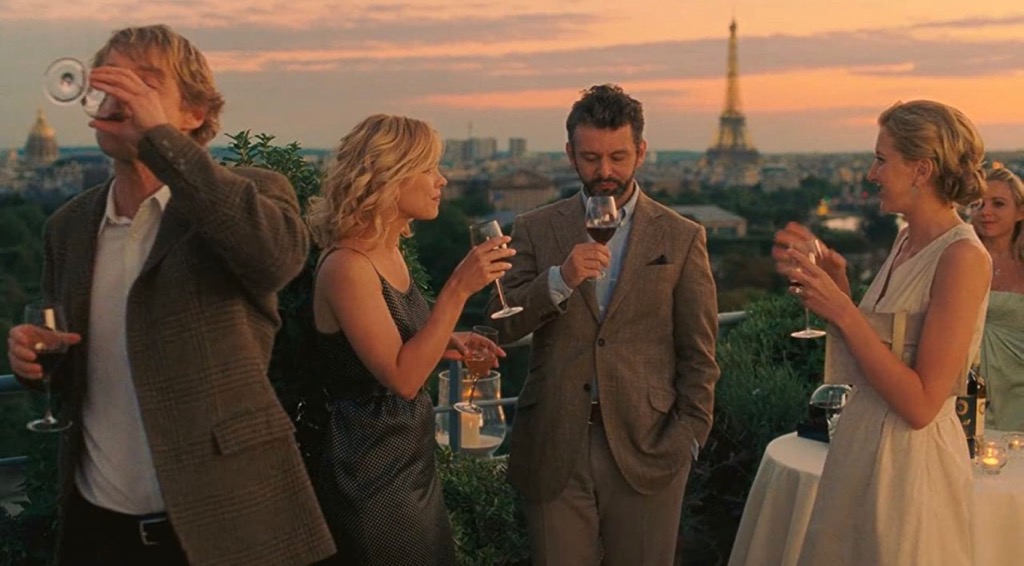 I only uncovered the wine scene when I thought that there had to be a great wine scene in Midnight in Paris.

Keanu Reeves stars in this movie about wine, so it has to be one of the best wine movies. 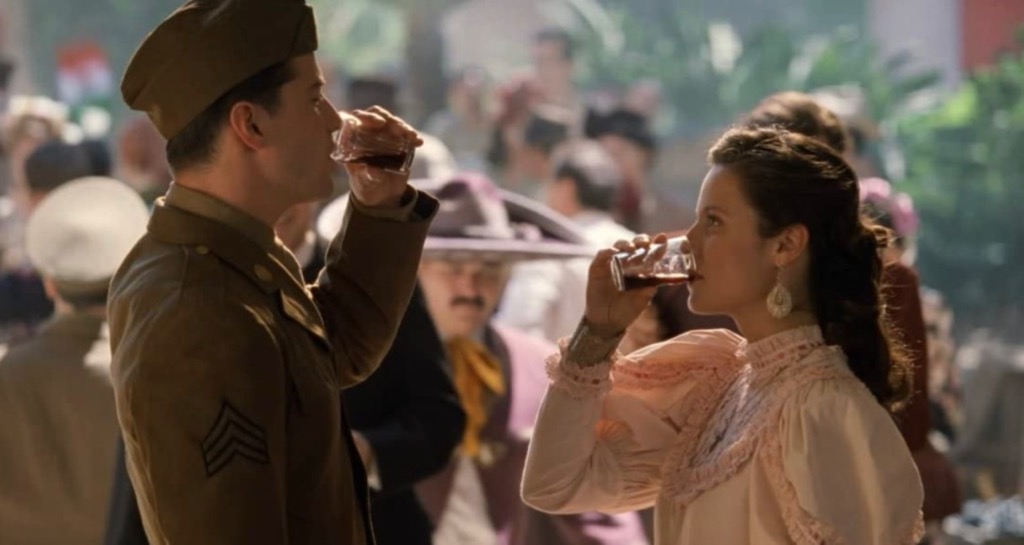 The Matrix is one of my all-time favorite movies. I even have a post on The Matrix and how it relates to Greek Mythology.

This movie has strong associations with Poseidon, God of the sea. It is also linked to Dionysus in more ways than one.

Dionysus, the God of wine and revelry, is the main foundation of this classic movie.

There is a film scene where the lovers visit Disco Dyonysus, which is another way of bringing Dionysus to mind. You can even see them making their own wine in the film. 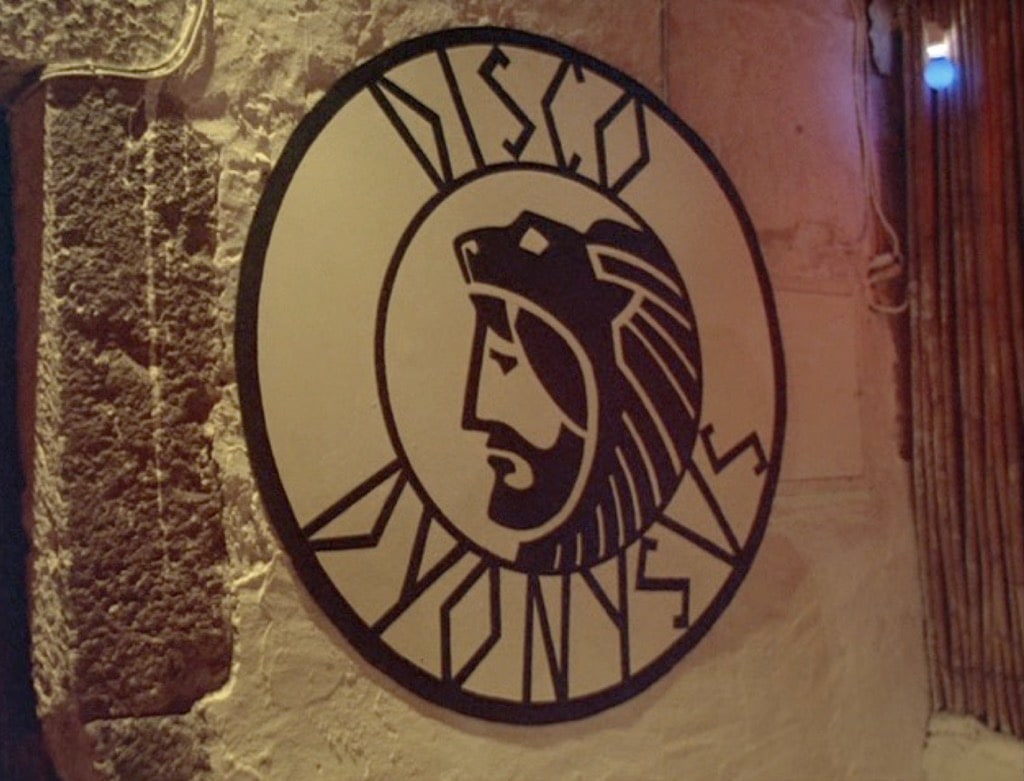 Watching Summer Lovers is the main reason why I wanted to visit Santorini so much. Love it!

Interesting fact: The place in the film where the lovers stayed on the island of Santorini ended up becoming a tourist attraction in its own right. Just like the church in the movie Mamma Mia! on the island of Skopelos.

Here’s another great movie that made me want to visit another fantastic destination, this time, the Amalfi Coast in Italy. 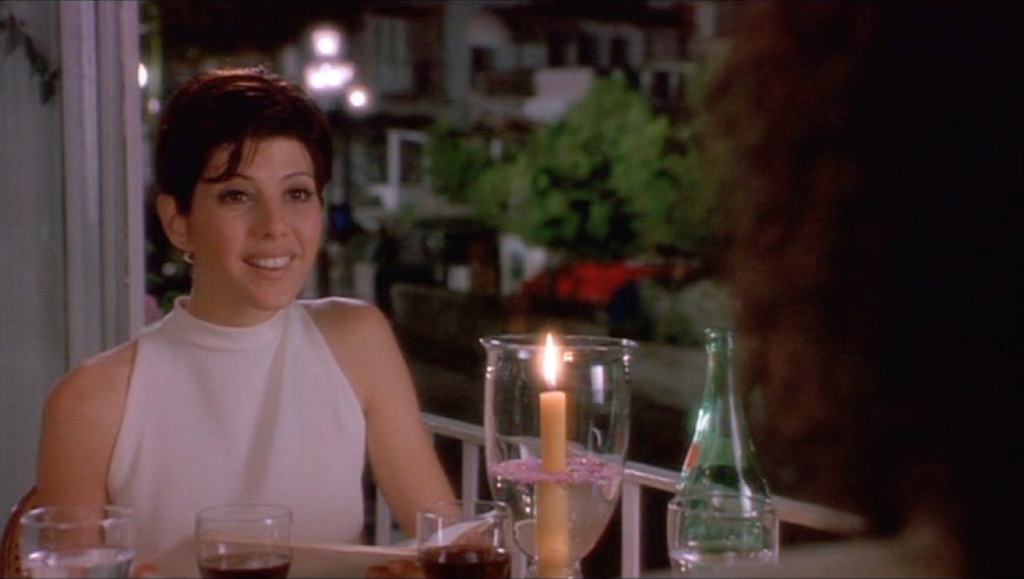 Watching this wine scene with Marisa Tomei and Billy Zane almost broke my heart for her. Love Marisa Tomei.

There is something extraordinary about this movie, like you should already know if you’ve read my post that reveals the movie Grease’s secret message. 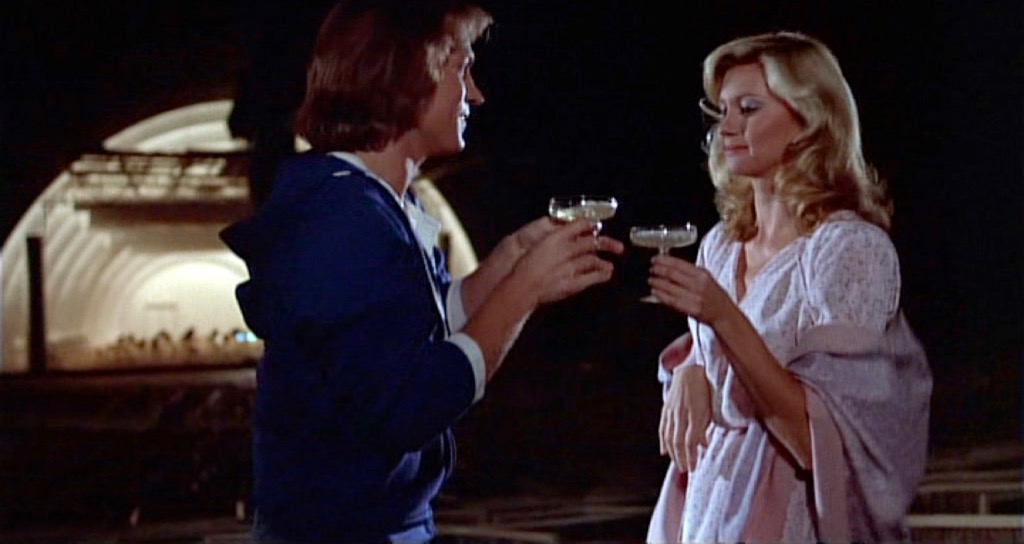 Every time I watch Xanadu, I discover something new about it. I really like how this romantic scene transforms into the animation scene. I never noticed it before.

My mind is blown! This is unbelievable. You’ve got to be kidding me! What the?

Venus (Aphrodite), the Goddess of love, can be seen in the background on the lefthand side in this wine bar scene. It would be best if you watched the movie to get the full picture. 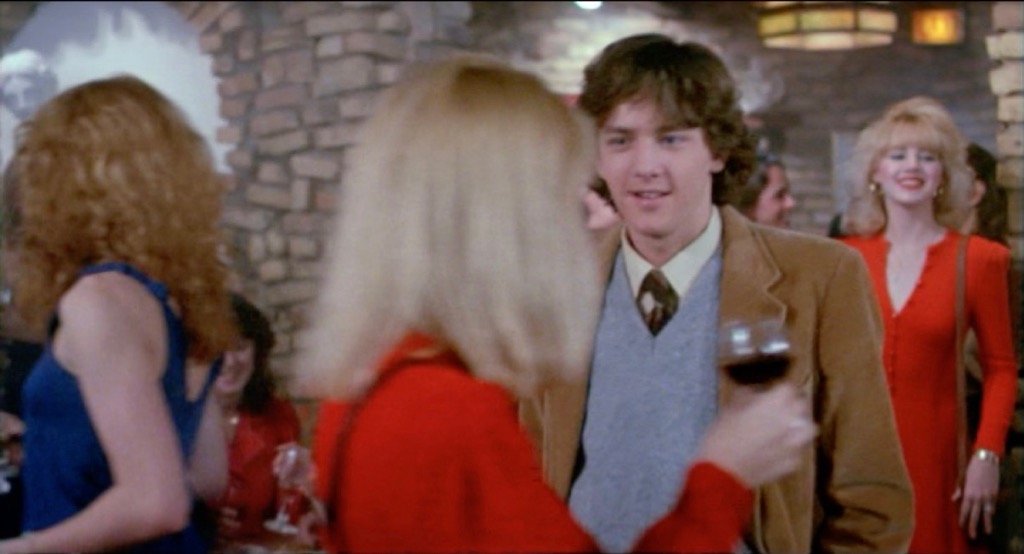 The message here is that you should never cross the Goddess of love. Never, never, never, never! I can’t stress this enough. Watch Class, and you’ll understand what I’m talking about.

This is another one of those movies with messages from the Greek Gods.

I never expected to find this gem. Now I know why I’m such a big fan of Jacqueline Bisset.

This young lady gets to see how the Goddess of love works her magic. Maybe it was Eros. I can’t say for sure.

I once asked the Goddess of love for a divine sign while standing next to a statue of Venus.

You can read all about it in the best walks in Adelaide (South Australia). I think she knows who I am. 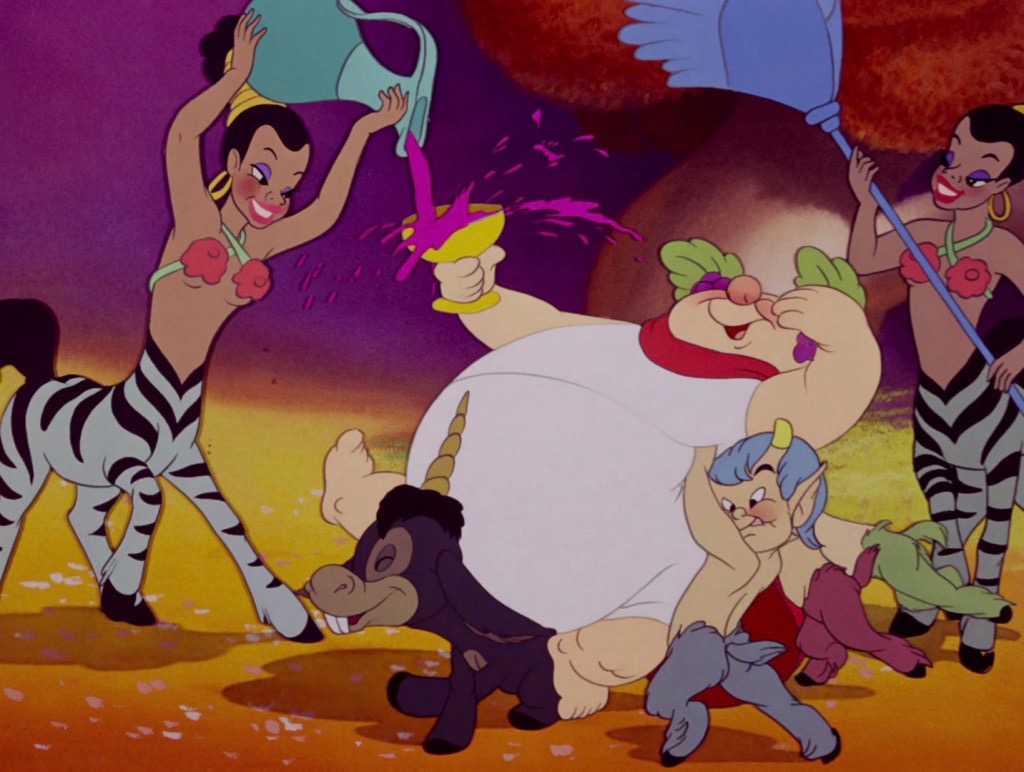 Dionysus decides to pay a visit to the city of Thebes. 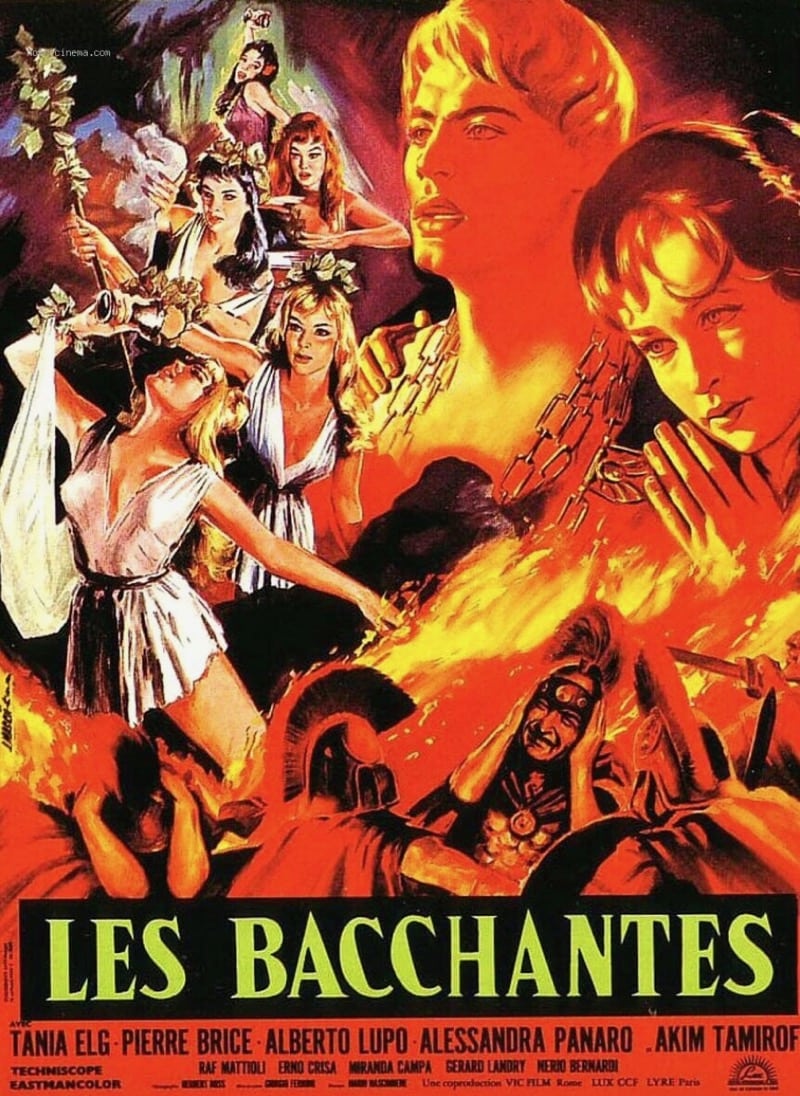 I have never been a big fan of Anthony Quinn, but this movie has changed everything.

Watch it. You won’t regret it.

The Nazis want the whole supply of a small Italian town’s wine – over one million bottles of wine – however, one man, with the town folk’s help, attempt to stop the theft. Bravo!

This film has to be one of the best French movies of all time. It’s definitely one of my favorite French films. Watch to see how wine plays a part in this incredibly moving film. 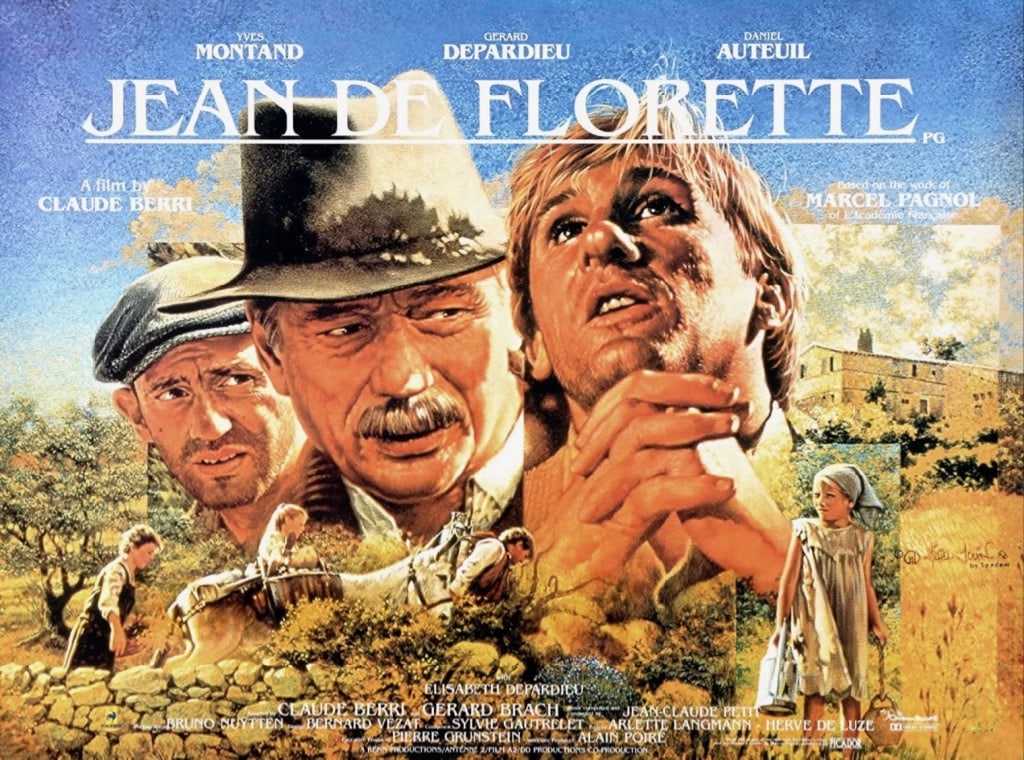 Now for a few comedy wine movies and scenes. The Party is a very amusing film and one you need to watch if you consider yourself a film fan. The gags don’t seem to age.

Who can forget the wine drinking scene at the posh restaurant? It gets cemented into your mind forever. 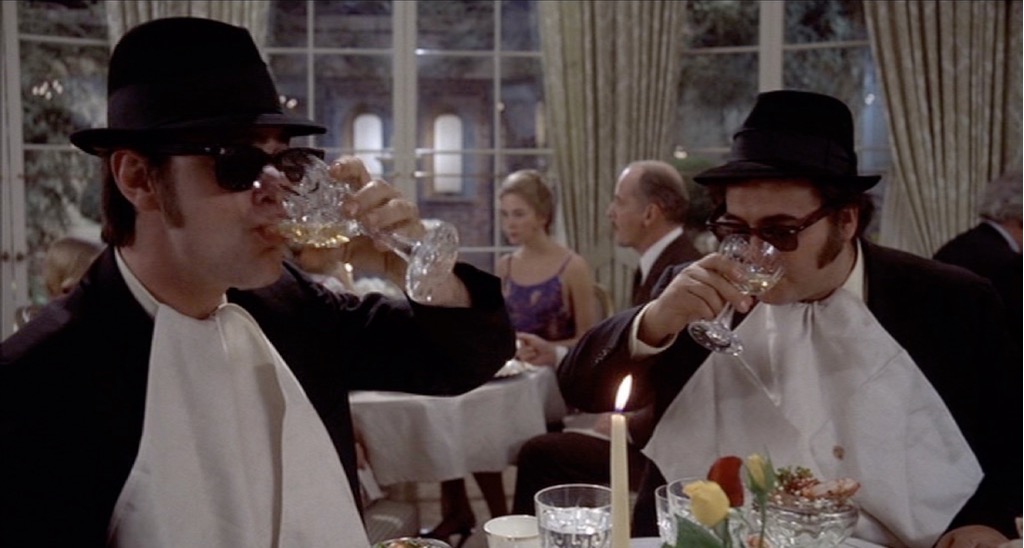 The God of wine makes his way down to earth for a party like no other. If you like movies such as American Pie, then you’ll love this movie. 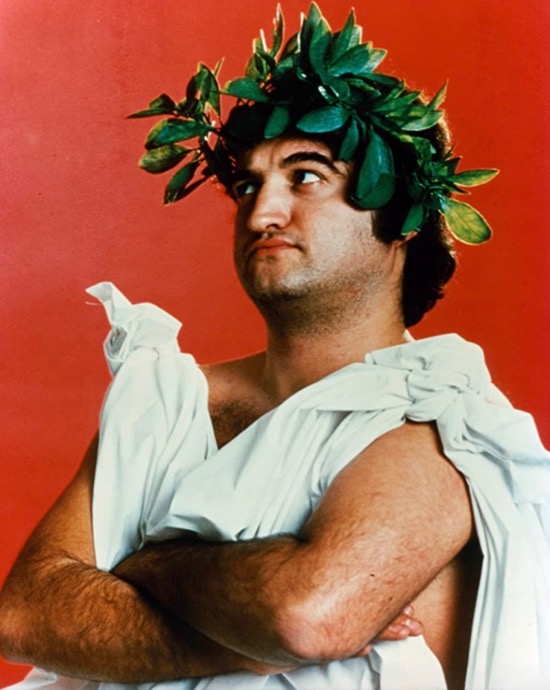 A movie made for the wine connoisseur. 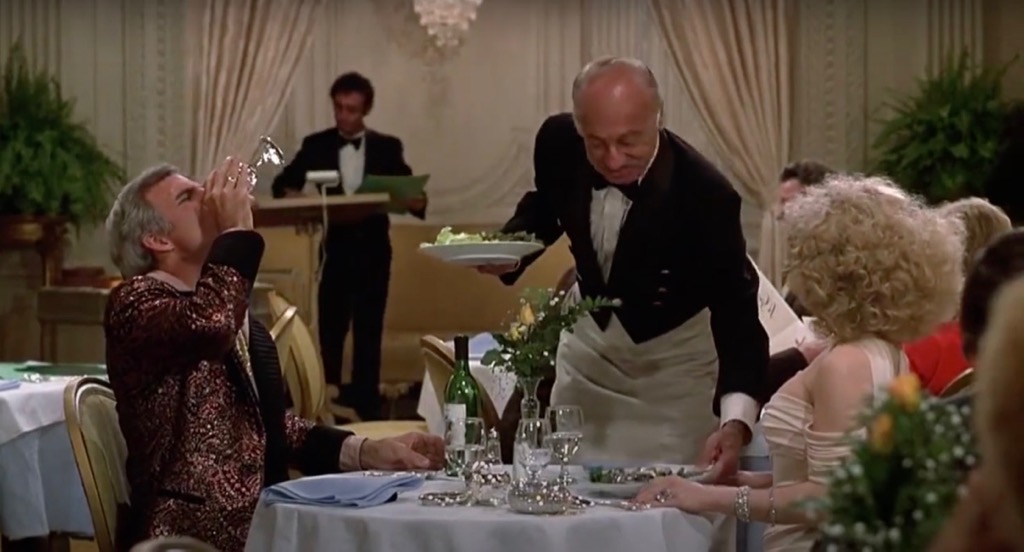 Ah! The Beautiful Priestesses of Bacchus (1954)

I have included this film to get you thinking about the beautiful priestesses of Bacchus. I don’t think you’ll be able to watch the full movie, but there are short clips on YouTube. 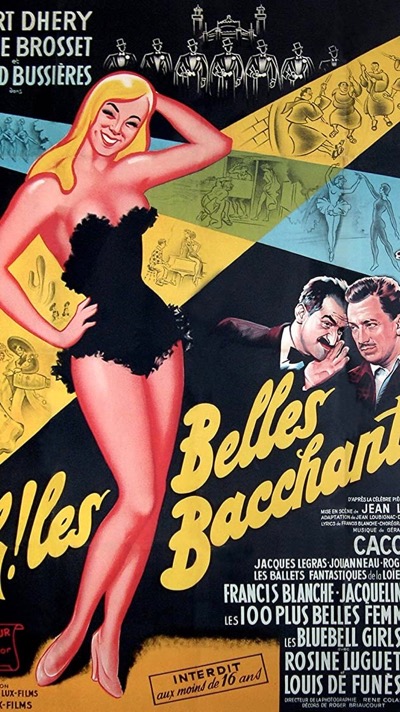 You choose Greek Gods and Goddesses, or Christianity.

There you have, 22 of the best wine movies and scenes for lovers of Dionysus. 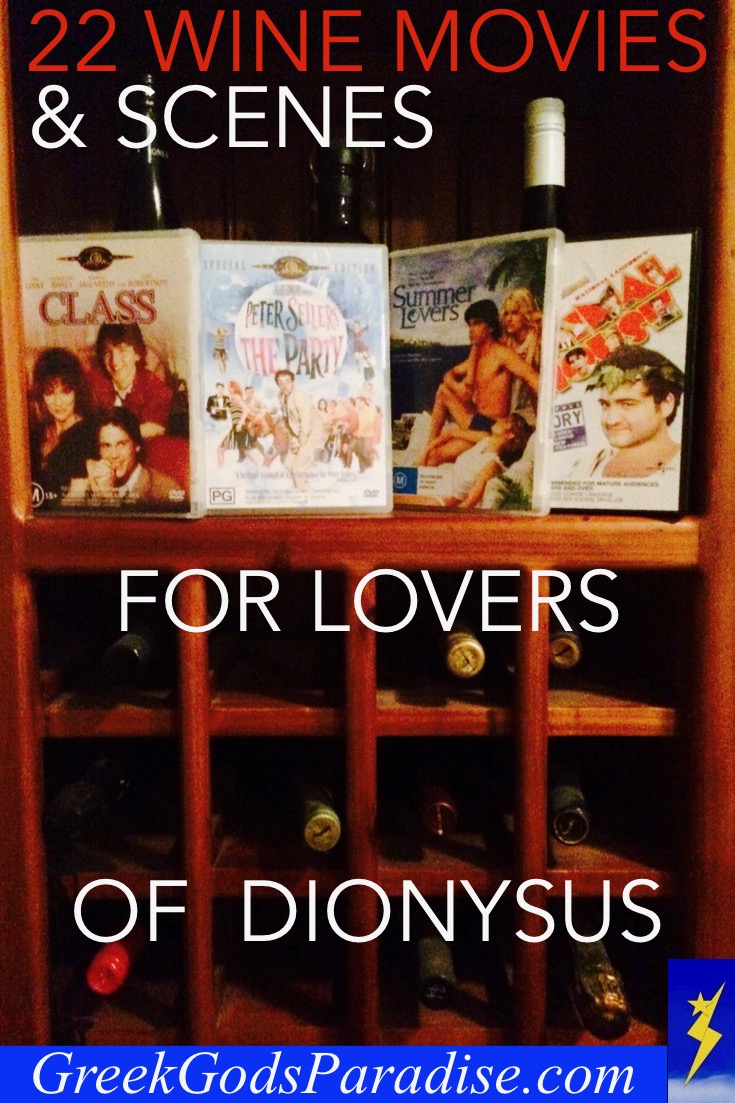