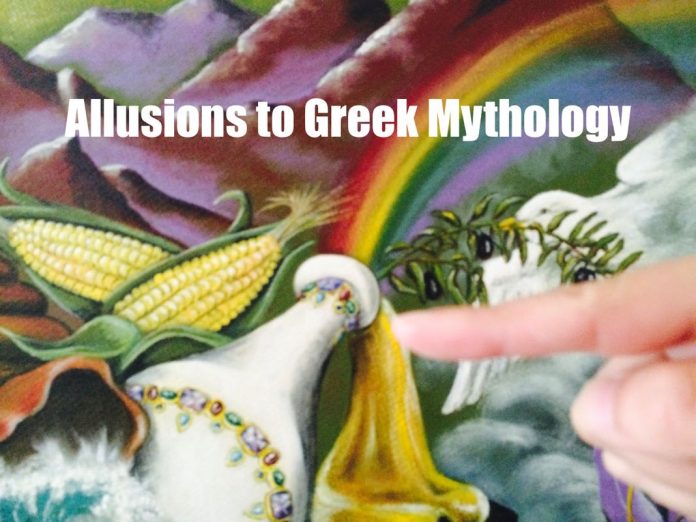 Allusions to Greek Mythology are all over the place in the modern world.

Names, brands, logos, symbols, and words can be very influential, especially when they associate themselves with Greek Gods and Goddesses and Greek Mythology.

There are thousands of allusions based on Greek mythology and legend in existence.

Here are many examples to keep you in awe:

The place where Plato taught. From Greek Academeia ”grove of Akademos.”

Akademos is a legendary Athenian of the Trojan War tales. His name is thought to mean “of a silent district.” His estate, six stadia from Athens, is said to be where Plato had his school.

Achilles was shot in the heel by an arrow during the Trojan War. It killed him.

The Goddess Artemis turned the huntsman Actaeon into a stag after he saw the Goddess naked.

A very handsome guy who became the lover of Aphrodite, the Goddess of Love.

King and father of the Greek hero Theseus, the hero who slayed the Minotaur.

The shield of Zeus and Athena with the head of Medusa in the center.

An Aeolian harp produces musical flute sounds as the wind passes over its strings.

Here’s an Aeolian harp on the south coast of Ireland with a beautiful sound.

Warrior associated with the Trojan War.

A race of warrior women.

One of the 12 Olympians. The God of Light and Arts.

Goddess of Love, Beauty, and Sex

The God of War

Titan doomed by Zeus to support the heavens on his shoulders.

Calypso is the sea Goddess who held Odysseus captive on her island for seven years. She promised Odysseus immortality if he agreed to stay with her.

The prophetess who turned down Apollo for some reason.

The three-headed dog who guards the entrance to Hades (the Underworld).

The Sanctuary of Apollo in Delphi. In ancient times, Delphi was considered to be the center of the world.

Zeus was besotted with the beautiful princess.

Three sisters who spread the joy of nature and beauty.

A young man named Leander swam across the Hellespont every night to spend time with his lover Hero, who was a female priestess of Aphrodite.

Is it just me, or does it sound weird that Hero is a female name?

A messenger ran 26 miles from Marathon to Athens to bring news of victory in 490 Alpha (BC).

Roman name of the God of War.

The snake-haired Gorgon, whose gaze turned people into stone.

Advisor to Telemachus, who was the son of Odysseus.

Roman name given to Hermes, the God of travel.

A Greek king who could turn everything he touched into gold.

Hercules spilled milk when he was young and breastfeeding up in the stars.

God of Sleep and Dreams

The 9 sister Goddesses who each specialised in an art or science.

The drink of the Gods.

A youth who fell in love with his own reflection.

Attractive Goddesses who like to hang out near water and natural environments.

Home of the Olympian Gods.

The 24th and last letter in the Greek alphabet.

The Oracle of Delphi.

The first woman whose name means “all-gifted” opened a box (jar) releasing all of the problems in the world. Luckily, Pandora managed to shut it just in time, before hope could escape.

Where most people want to go at the end of their life.

The guy judge in a beauty Goddess contest and the lover of Helen of Troy, the most beautiful woman in the world.

The Temple of Athena is located on top of the Acropolis in Athens, Greece.

The flying horse which sprung from Medusa’s head after she was beheaded by Perseus.

The Titan who gifted fire to man.

The lover of Eros.

Sea nymphs whose singing lured sailors to their demise on rocks.

Odysseus managed to hear their singing after he safely strapped himself to the ship’s mast. His crew blocked their ears with wax so they could sail past safely.

A race of giant Gods preceding the Olympians.

The sneaky Greek strategy that won them the 10 year long war against the Trojans, when Greek soldiers hid inside a hollow wooden horse.

The three-pronged spear used by Poseidon.

Roman name given to Aphrodite, Goddess of Love. 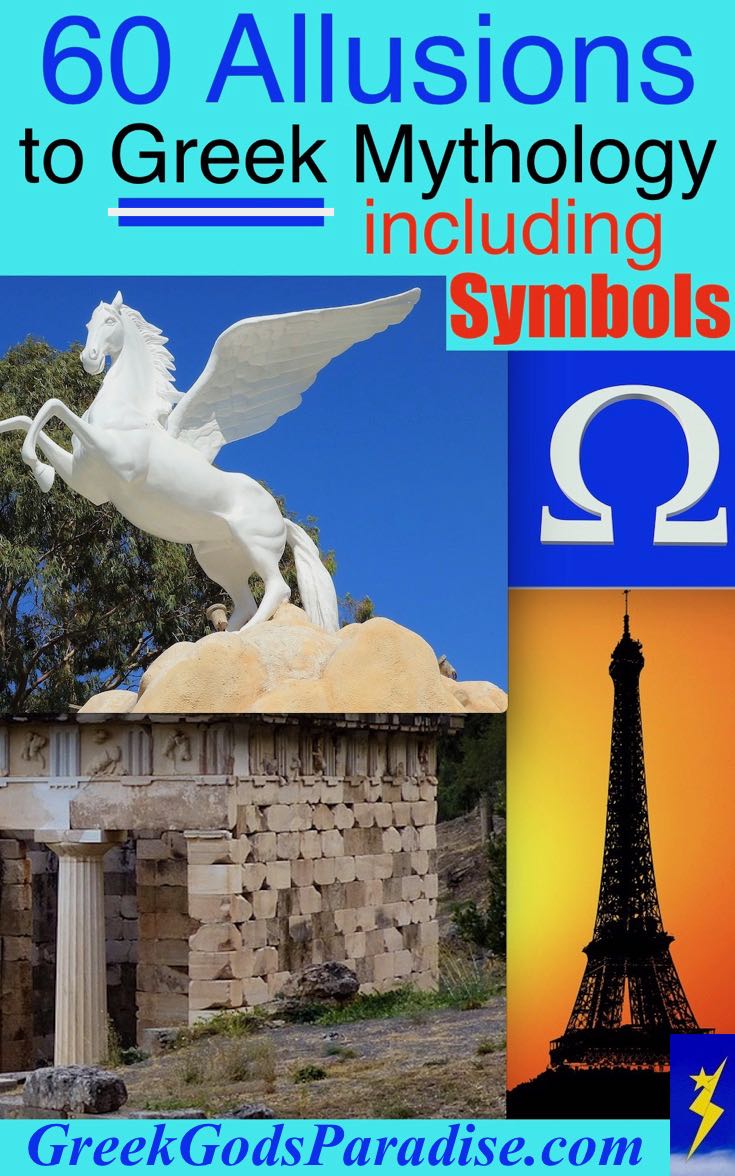